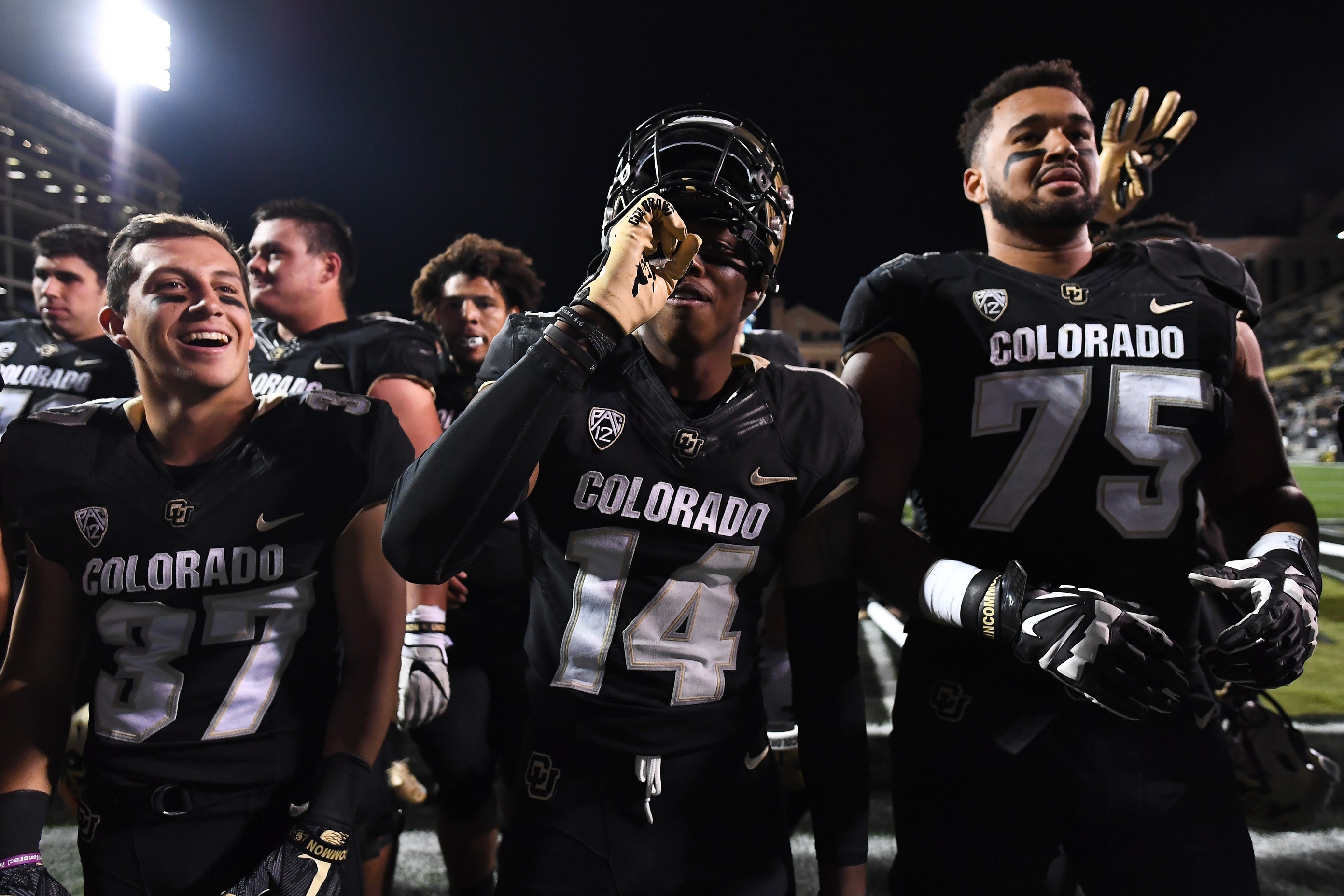 Why is everybody talking about Chris Miller?

BOULDER — During a typical college football camp, whether it’s the fall version or spring, coaches and players talk to reporters after practice.

In these conversations, players and coaches often mention who stood out to them in practice. Over the course of a six-week camp, some names are brought up over and over again, while others fade away. These trends oftentimes go a long way toward predicting who is ready to take a big step forward.

Back in 2018, for example, the guy that nobody could stop talking about was then-unknown wide receiver Laviska Shenault Jr.

With no spring camp in 2020, reporters haven’t been able to piece together themes from these dozens of conversations. But, after talking to head coach Karl Dorrell, both coordinators and six assistant coaches last week, one name just kept popping up: Chris Miller.

“Chris is a guy who is very talented,” defensive coordinator Tyson Summers told reporters last week. “He has the size, he has got a lot of God-given ability in his ability to move and run, and he is in year two of the system.”

To Buffs fans, Miller is little more than unknown. The 6-foot, 190-pound junior played under 150 defensive snaps as a redshirt freshman. Last season, as a sophomore, Miller started two games at cornerback but was hurt in Week 4. He didn’t play again all season. Now, Miller is listed as CU’s starting strong safety.

When a booster recently asked Summers who would break out this season, Miller’s name was one of the first out of the coach’s mouth.

“What you are seeing from him is a tremendous amount of growth and maturity, in my opinion, over the last six to eight months,” Summers said. “He texts me literally every day about what he can do to get better. ‘Where is this film? Where is that film? What do I need to focus on today?'”

That’s exactly what you want to hear a coach say about a player, but spending time studying and staying in touch with coaches is even more important for a player in Miller’s shoes.

“His ability gives him the versatility to play a safety position, to play a STAR position, and obviously he can play corner which is what he has done in the past,” Summers said.

That versatility is incredibly useful, but it also means more time must be spent in the playbook since Miller needs to know at least the responsibilities of at least one safety spot, the STAR position and cornerback.

“I think a lot of the impact that you see from Davion Taylor last year and his growth and his development as a football player — and obviously how it paid off for him as he moves into the NFL — you are seeing the trickle-down effect with a lot of players, especially on defense,” Summers said. “They saw Davion putting in the extra hour or two hours every day of film study. They saw that Davion was on the phone with me four times a day. I think he is a great example of guys that are taking the time to learn the system. I think you are going to see some great things out of Chris this year.”

So far, nearly all of the hype around Miller is based on the words of his coaches. It would be fair to listen to them with a grain of salt.

But the coaches are putting their money where their mouths are.

With a shortage of experienced safeties on the roster, Miller was the cornerback chosen to make the switch. Obviously, that shows the coaches think he is capable of playing multiple positions — a compliment in itself — but to understand why this is such a big deal, you have to understand how the Buffs’ defense works.

We’ll avoid getting too deep into the details, but the core of the CU defense is a Cover 3 Match scheme that was developed by Nick Saban and Bill Belichick when they worked for the Cleveland Browns in the mid-’90s.

In a Cover 3 defense, there are three defenders who play deep zones, essentially splitting the field into thirds. Typically, the free safety plays the middle of the field and the two outside corners drop to flank him on either side. Then, four players split the field into quarters in front of them.

Here’s what’s important to the Miller conversation: The weakest point in a Cover 3 defense is the seam. That’s because, if the offense sends four receivers deep down the field, there are only three defenders waiting for them. The outside cornerbacks will take the deep receivers on the outside, and the safety will have to pick one of the two inside guys to cover.

Here’s a bad (but colorful) drawing of that: 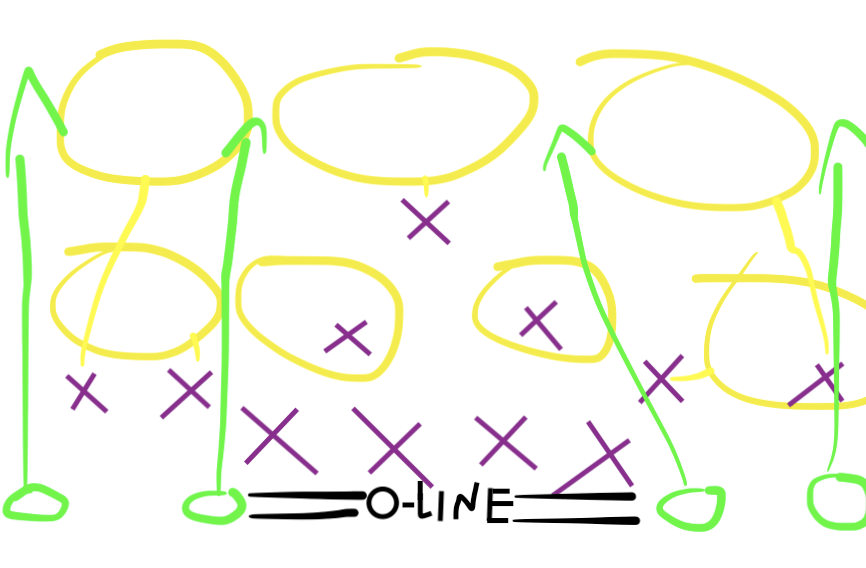 Every defense has flaws. The flaw of the Cover 3 defense is the weakness of the seams — the gaps that the two inside receivers are running through. That means that when a quarterback reads a Cover 3 defense, he often audibles to a Four Verticals concept because the Cover 3 shouldn’t work against it.

That’s why Saban and Belichick created a route-matching version of the Cover 3. They needed to take away the seams, so they had the seam defenders (and the rest of the defensive backs) play man coverage unless the receiver they were defending broke inside within five yards of the line of scrimmage.

That’s complicated stuff, but it matters because Saban and Belichick found a way to stop Four Verticals while playing Cover 3, and their solution was to have the seam defenders (which can also be called alley defenders or slot defenders) take them away.

(In the Saban-Belichick defense, the second-most dangerous route concept — after Four Verticals — is the Pole concept, which is when the receiver in the slot runs downfield and the outside receiver runs a comeback route. In this case, the slot defender again is the key to a defensive stop.)

So, essentially, Miller is the guy who will be put in the best position to stop the two passing concepts that are most likely to find success against the CU defense. If he makes a play, the defense has a great chance of getting a stop. If he doesn’t, they don’t.

“A lot of that is because we want to play with fundamentals and focus and we want to be really good at our base defense,” Summers said.

It all adds up.

Oh, and sophomore Mark Perry is starting on the other side of the formation from Miller at the STAR position, essentially filling the same role. Read into that what you will.