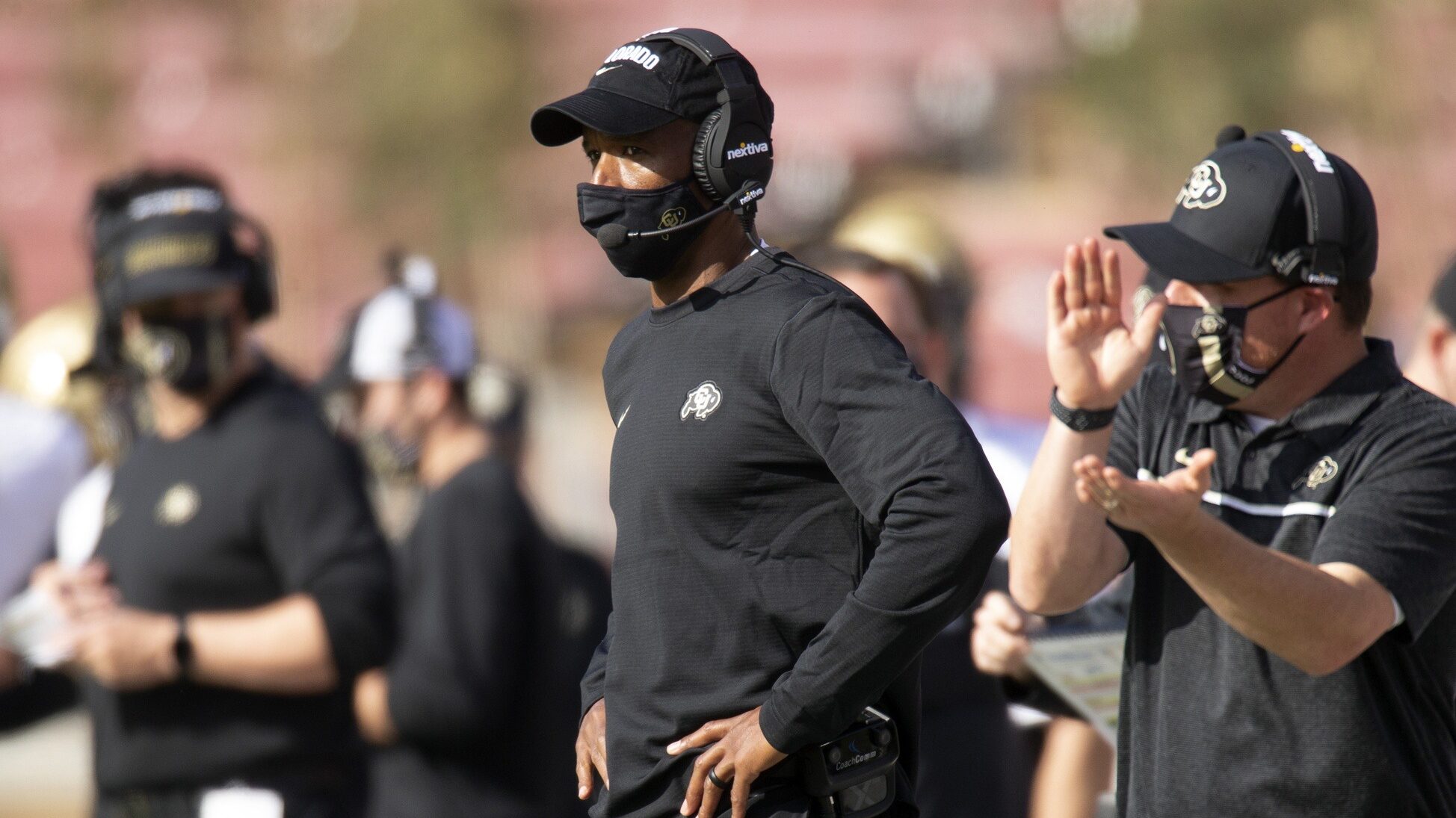 BOULDER – As of now, the Colorado Buffaloes are on their bye week.

The Buffaloes would have hosted Arizona State on Saturday in #Pac12AfterDark action, but late last week, enough Sun Devils tested positive for COVID-19 to cancel last Saturday’s game against Utah. On Sunday, the Pac-12 decided that ASU’s circumstances wouldn’t change enough to allow the Sun Devils to take on Colorado, so that game was canceled as well.

“We knew that I some point in time it was going to happen over the course of the season where there’s going to be a no-contest, a postponement, a cancellation,” head coach Karl Dorrell said during his weekly press conference. “It is unfortunate for us that we are coming off of two games (that we won), playing well and winning games and now we have a little bit of a pause in the season.”

Instead of implementing a gameplan to be used against Arizona State, the emphasis at practice is now looking inward to find ways to improve, and getting practice reps for depth players who typically wouldn’t spend time on the field while Colorado is preparing for its next opponent.

“We’d like to get them some expereience playing,” Dorrell said. “Anytime we can do that with guys that haven’t played it helps their confidence and in-game experience of what it feels like when they do play.”