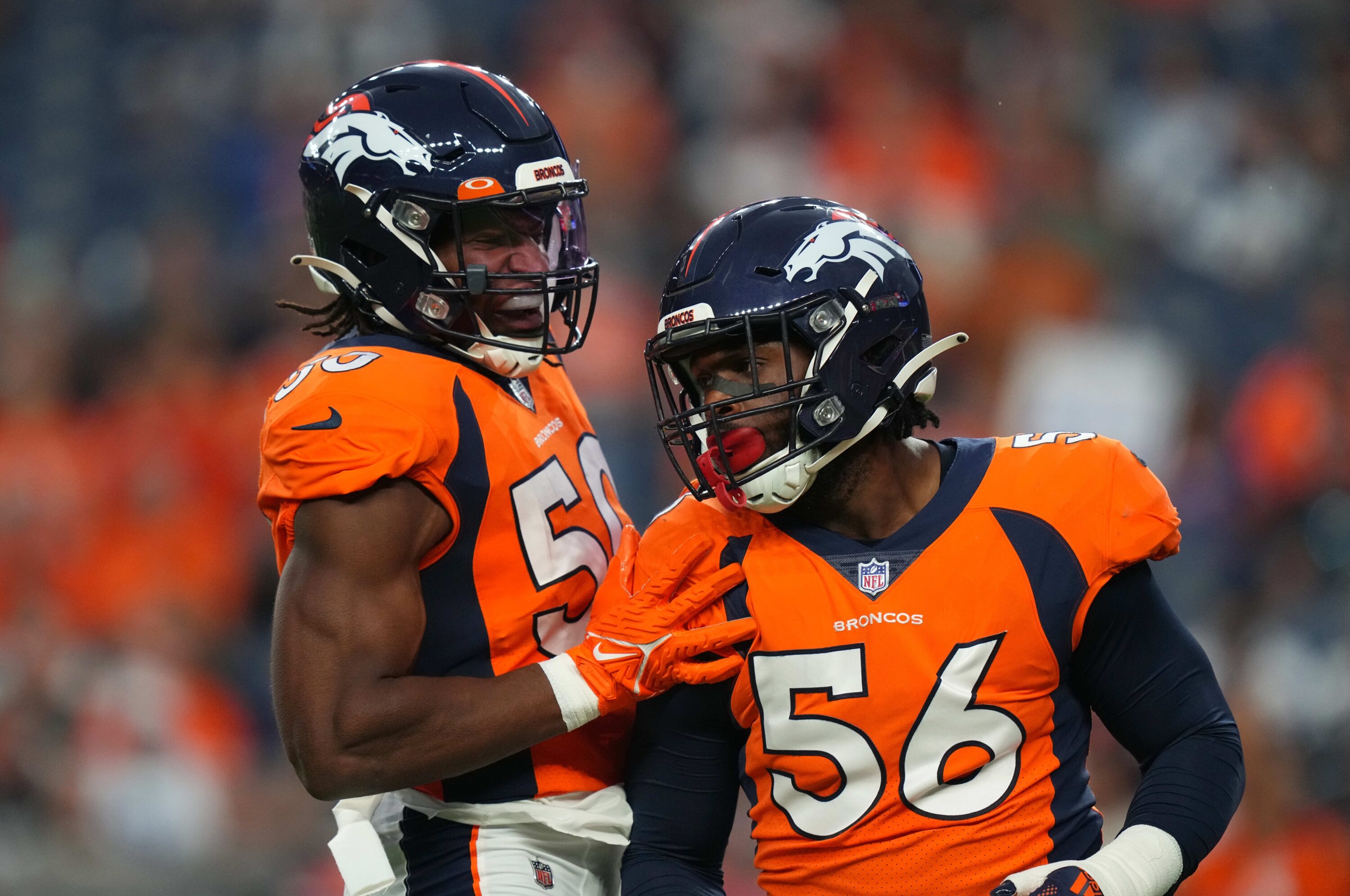 Six things to watch when the Broncos play the Bills

The Broncos will take on the Bills on Saturday at Highmark Field in Buffalo. Kickoff is scheduled for 11 a.m. The game will be broadcast live by 9News and NFL Network.

Denver is coming off a dominant 17-7 win over the Dallas Cowboys in its first preseason game but will face a tougher test this time around. The Bills plan to play almost all of their starters on Saturday, including star quarterback Josh Allen, while the Broncos appear unlikely to play the bulk of theirs. That’s the biggest reason the Broncos are 6-point underdogs.

After the Broncos lost Jonas Griffith to a dislocated elbow in Week 1, the team brought in 28-year-old linebacker Joe Schobert to compete for the open job.

Schobert’s ceiling with the Broncos is high—he was a Pro Bowler back in 2017 and he’s strung together five consecutive 100-tackle seasons—but there’s no guarantee he’ll even be the next man up after Griffith. Alex Singleton and Justin Strnad should both compete for that role.

Saturday will be the first time we see Schobert in a Broncos’ uniform. If he breaks out, the Broncos could have another key contributor on defense.

The 26-year-old has played the bulk of the starting reps at right tackle this offseason but the odds of him earning the starting job are getting slimmer by the day.

Veteran Billy Turner is off the PUP list and working his way back to full-speed. He’s the favorite to play right tackle. While Turner has missed back-to-back practices as he gets additional treatment on his knee, his eventual return will mark the start of the camp competition.

Anderson’s health has given him a head start fo the job but he hasn’t capitalized on it so far. He needs a strong performance against the Bills—and potentially against Von Miller—to build a lead before Turner takes the field.

The third-year cornerback was one of the stars of OTAs but he didn’t live up to the hype during camp. He broke up a pass early in the game against the Cowboys last week but then gave up solid gains on a pair of posts and quickly nullified his strong start.

Meanwhile, rookie Damarri Mathis improved consistently throughout camp and played a solid game against the Cowboys. Keep an eye on him, too.

Mathis or Ojemudia will be the Broncos’ fourth cornerback heading into the season. Ojemudia’s lead is shrinking.

The Broncos’ top rushers probably won’t play in the preseason, but one of the strengths of the Denver defense its pass-rushing depth. That depth will be put to the test on Saturday.

Nik Bonitto, Baron Browning and the rest of the crew will be taking on the Bills’ starting line, which will be a challenge. If those guys are what we think they are, then they should be able to manufacture a few pressures.

If any of those guys can get a sack, the hype train will leave the station

Most of the Broncos’ wide receiver roster is filled out. Courtland Sutton, Jerry Jeudy, KJ Hamler, Montrell Washington and Kendall Hinton have probably carved out roster spots. That probably leaves one still up for grabs.

Brandon Johnson, Jalen Virgil and Seth Williams all made plays in the first preseason game and they seem to be the favorites for the final job. All three will get plenty of run in each of the final two games.

The wildcard is third-year wide receiver Tyrie Cleveland. He’s one of the team’s top special teams players but that may not be enough to earn him the final spot. He’s been sidelined with a fractured throat since the first week of camp.

The Broncos got next-to-nothing from their running game last week. The team combined for 39 yards on 22 carries. The longest run was six yards.

In a performance like that, everybody is to blame. We’ll start with the offensive line, though, which rarely gave the backs a chance. When Mike Boone carried the ball three times, he was hit behind the line twice.

Denver will probably keep three running backs on its final roster (Javonte Williams, Melvin Gordon and Boone) but maybe a big day from one of the others can change that. I doubt it.

A solid rushing performance against the Bills’ starters would be a great sign.

The Broncos’ second-year safety was a stud in the first preseason game and nobody was surprised.

But he’s a lot of fun to watch and you could make the case he’ll be the best player the Broncos put on the field on Saturday. If he can make a couple of plays against Josh Allen and the starting Bills offense, there will be plenty of reason to be excited.