Seven things to watch in the Broncos’ first preseason game

Training camp is over and the 2022 Broncos are about to take the field for the first time on Saturday.

While we don’t know anything about who’s playing and who’s not for sure, I’m willing to bet that most of the starters don’t see the field. If they do, it probably won’t be for more than a series or maybe two.

The backend of the roster will be on full display though, and there’s plenty to pay attention too.

Kickoff against the Dallas Cowboys is scheduled for 7 p.m. at Empower Field. The game will be broadcast live on NFL Network and 9News. The game will also be available on NFL+, the league’s new streaming service.

Here’s what to keep an eye on…

For the first 13 days of training camp, Nik Bonitto was nearly invisible; he flashed some bend and he got into the backfield a couple of times but on any given day he was unlikely to be a factor.

On the 14th and final day of camp, Bonitto wrecked the Cowboys’ offense in a joint practice. He finished the day with four sacks, including two against the starting offense.

The hype is back.

The Broncos’ top pick is now the top storyline heading into the first preseason game.

Montrell Washington was brought in to be the Broncos’ starting returner (and he’s listed as the starter on the team’s first depth chart) but he’s made a name for himself catching passes.

He’s beating defenders deep, he’s separating across the middle and he’s showing off great hands and a surprisingly large catch radius for a 5-foot-10 receiver.

The fifth-rounder still isn’t a starter but if he can build on his camp performance in the preseason he may find a role in the Week 1 offense.

The rest of the wide receivers

Washington was the breakout star of camp but he’s far from the only storyline at receiver.

Tim Patrick tore his ACL last week, leaving a roster spot and a bunch of snaps open this season. As it stands now, Courtland Sutton, Jerry Jeudy, KJ Hamler and Montrell Washington have roster spots locked up. Kendall Hinton probably does too, despite his slow start to camp. That leaves one spot open. Two might be a possibility.

Tyrie Cleveland is ahead of the rest of the receivers on the depth chart but he’s still dealing with an injury so we won’t see him on Saturday.

Seth Williams has earned a bunch of Patrick’s reps in camp and is probably at the top of the list of remaining receivers. Rookies Trey Quinn and Brandon Johnson have made plenty of plays, too. Travis Fulgham put up 378 yards in a four-week stretch for the Eagles in 2020—that’s a 1600+-yard pace for a season—but he hasn’t done anything since.

The final stud rookie during training camp was Damarri Mathis.

The fourth-round draft pick, and third player chosen by the Broncos, was very solid early in camp. He gave up a couple of catches underneath but nothing downfield while working primarily against the rookie receivers.

In the second half of camp, Mathis was a stud. He had a great interception on an over route. He made an acrobatically play on a red zone fade in the practice against the Cowboys. He even earned some reps with the ones when the Broncos didn’t have K’Waun Williams and Ronald Darby.

Mathis is a little undersized but has every other tool you could ask for in a cornerback. He’s probably the fastest defensive back on the team (he was in the 4.3s in the 40-yard dash) and pterodactyl arms (his wingspan is less than a third of an inch shorter than Justin Simmons’).

While Nik Bonitto stole the show on the final day of camp, second-year linebacker Baron Browning was one of the big storylines throughout.

As a third-round rookie last season, Browning started nine games at inside linebacker for the Broncos. This offseason, though, the team moved him outside in an attempt to capitalize on his bend as a pass-rusher.

Browning is a top-notch athlete and he made some plays during camp, including a sack against the Cowboys on Saturday. He figures to get a ton of reps on Saturday.

The Broncos added two defensive linemen in this year’s draft: Eyioma Uwazurike in the fifth round and Matt Henningsen in the seventh round.

At 6-foot-6 and 320 pounds, Uwazurike is a house of a human being. He’s powerful at the point of attack and has surprisingly quick feet. He’s made a couple of plays in camp, but nothing all that notable. He’s also taken a couple of days off with an ankle issue.

Henningsen is a stockier lineman who turned things up in the final week of camp. He batted a ball at the line of scrimmage but also burst through the line for loud tackles for loss a couple of times, including against the Cowboys on Saturday.

One of these two is likely to make his way into the rotation this season. It’s possible they both do if they perform well enough in the preseason.

Sam Martin has been the Broncos’ punter for the last three seasons but the team could save almost $2 million if it moves on from the 32-year-old in favor of Corliss Waitman.

Waitman, 27, has played in two NFL games, both with the Steelers last season.

The Broncos brought in Pomona High School star Max Borghi halfway through camp when they lost Damarea Crockett to a torn ACL. Borghi, a rookie out of Washington State, signed with the Colts in May but was waived shortly thereafter.

While Borghi is a long shot to make the Broncos’ roster, he does have a path to the practice squad and he looked surprisingly quick during camp. The local product should get plenty of reps on Saturday. 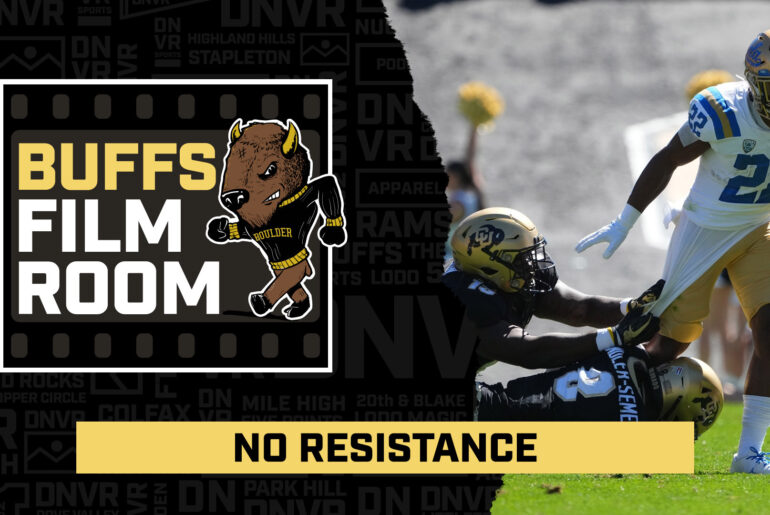