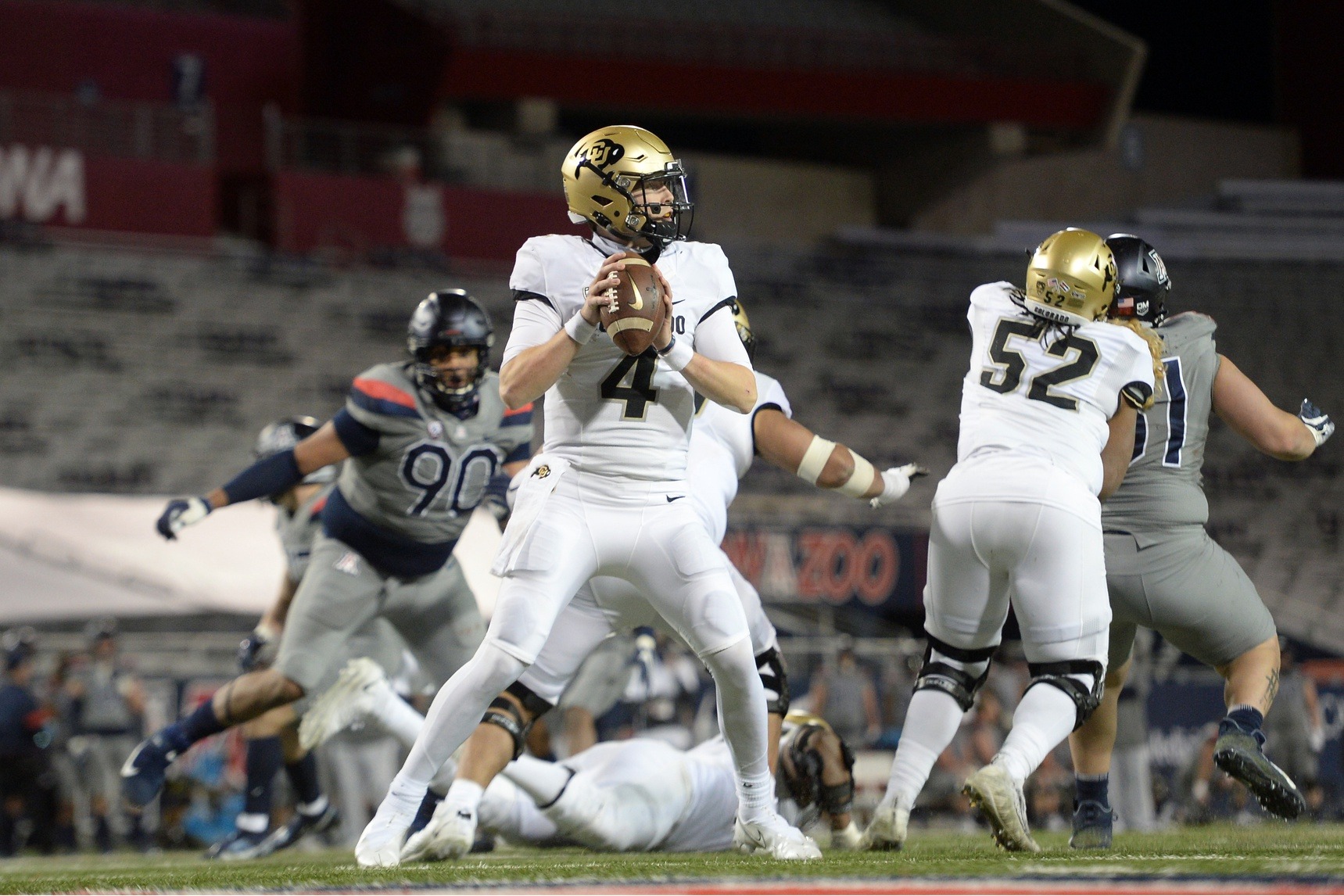 BOULDER — The quarterback competition is down to two.

Colorado’s starting quarterback from a season ago, Sam Noyer, intends to enter the transfer portal, according to CU. Noyer, who has one year of eligibility remaining, would have competed for the starting job during fall camp.

But a few weeks later, when Karl Dorrell became Colorado’s head coach, Noyer was told that he had a chance to compete for the starting quarterback job at CU. He decided to stay in Boulder and ultimately beat out true freshman Brendon Lewis and junior Tyler Lytle.

“Sam came back when he didn’t have to after graduating over a year ago and helped the program get back on the right track,” Dorrell said in a release distributed by CU. “As a veteran, he offered us some stability and depth at the position. We all wish him well and while we’re sad to see him leave, the parting is certainly amicable.”

Noyer went on to lead Colorado to its first bowl game in four seasons and earned second-team All-Pac-12 honors. He threw six touchdowns and five interceptions in the regular season, and ran for five more scores. He only hit on 58% of his passes during the regular season but still sported a solid 7.9 yards per attempt. Plus, Noyer injured his shoulder early in the season and was affected for the remainder of the year.

“I’ve obviously enjoyed my time here at CU, and deciding to come back here was one of the best decisions I’ve ever made,” Noyer said. “The season was everything I thought it would be and more. But at the same time, I didn’t finish the season well, partly due to my shoulder injury. So now I’m looking forward to a new opportunity and a fresh start, a place where they need a veteran quarterback who has the added experience of playing on both sides of the ball.”

After the season, Noyer underwent surgery to fix his shoulder, which kept him out of spring practice.While Noyer was sidelined, Lewis and Tennessee transfer J.T. Shrout split the starting reps, in what coaches said was a three-way quarterback competition.

“It’s not that I felt that I wasn’t needed at CU, I just want a new opportunity, hopefully in Division I and even in the Pac-12 if possible, knowing that I can compete at a high level in a Power 5 conference,” Noyer said. “But I am willing to go wherever I can play that will help me get better and give me an opportunity to fulfill my dream to play in the NFL.”

For CU, the picture is becoming more clear; either Shrout or Lewis will start at quarterback this fall. Lewis has four years of eligibility remaining and Shrout has three. Whoever wins the competition will hold the reins of the next era of CU football