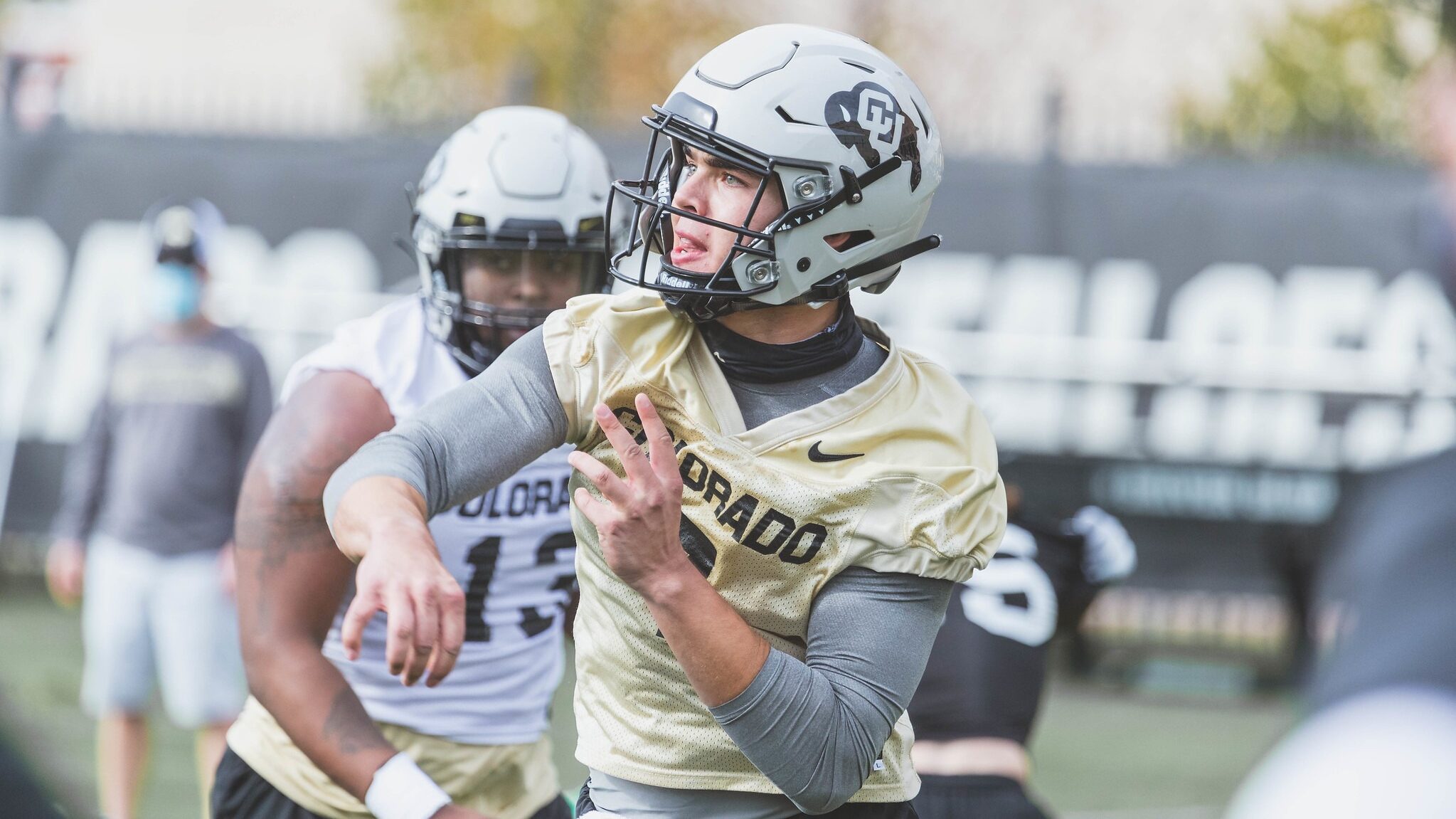 BOULDER – The first update from the Colorado Buffaloes’ quarterback competition is in, and it seems as though the competitors have been whittled from three to two.

“We’ve really put (senior) Sam (Noyer) and (junior) Tyler (Lytle) in a really good competition mode,” quarterbacks coach Danny Langsdorf told reporters Monday. “They’ve been splitting reps, and alternating (working with the) ones and twos every every day and every period. So it’s a real even battle that way. Until we get into some real scrimmage type of deals we’re going to continue to evaluate everything, but the game stuff will be what will weigh a little heavier.”

You may have noticed one familiar name missing from the competition: true freshman Brendon Lewis. Lewis was listed as co-starter with Noyer and Lytle on the Buffs’ pre-camp depth chart last week, so his omission from the first-team rotation is mildly surprising…