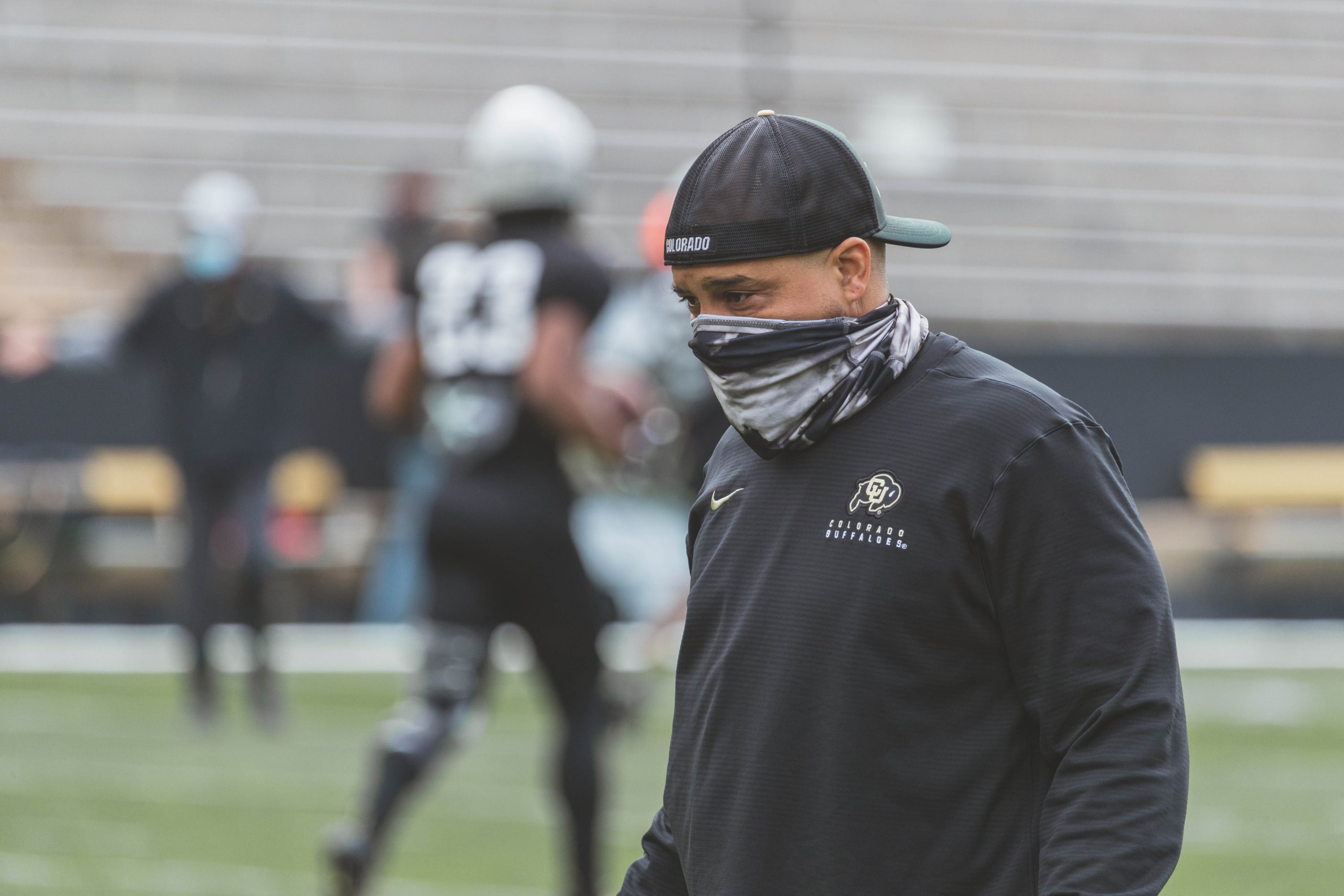 BOULDER — The Buffs were poached.

Colorado cornerbacks coach Demetrice Martin is “expected to join the Oregon staff as a defensive backs coach,” according to The Athletic’s Bruce Feldman. Martin, 48, just finished his second season as the cornerbacks coach at CU.

SOURCE: Colorado CBs Demetrice Martin is expected to join the Oregon staff as a defensive backs coach. The Southern California native has coached at CU, Washington, UCLA, USC and Arizona.

Martin’s cornerbacks were one of the best groups on the team in 2021, with Christian Gonzalez, Mekhi Blackmon and Nigel Bethel comprising one of the best groups in the Pac-12. Gonzalez’s growth from a toolsy prospect to a fairly-polished corner capable of getting his head around and playing the ball was obvious in his second season. As injuries rolled through the defensive backfield, true freshmen Nikko Reed, Kaylin Moore and Tyrin Taylor were up to the tall task of stepping into the rotation.

A couple of Buffaloes chimed in on Twitter after the announcement.

I Can’t Even Act Like I’m Not Sick..
Meat IS The Best Coach I’ve Had Frfr..

For those who don’t know, Mark Perry’s tweet is a reference to Lil Wayne’s line, “Real G’s move in silence like Lasagna.” It’s safe to guess that the team didn’t know about the move before the news broke, though that’s typically how these things play out.

Martin’s departure creates questions about whether some of his cornerbacks will follow him to Oregon, as has been the case during many coaching changes since the advent of the transfer portal. Star wide receiver Brenden Rice alluded to the possibility that Gonzalez, CU’s top defender, could have a decision to make.

Better make sure he stays or it’s gone get ugly…

Martin played at Michigan State in the early ’90s, before briefly spending time on the St. Louis Rams’ practice squad. He was drafted by the Atlanta Braves in his school He coached California high school and junior college football for six years to start his career, becoming a household name in local California football.

Those ties have helped Martin become a highly-regarded recruiter in Pac-12 territory, while serving as a defensive backs coach at Washington, UCLA and Arizona in 11 seasons preceding his time in Boulder. He’s pulled in 21 four-star recruits and a pair of five-star recruits as a lead recruiter, according to 247Sports. He was Colorado’s top recruiter in the 2021 cycle and No. 3 in the 2022 cycle, behind head coach Karl Dorrell and outside linebackers coach Brian Michalowski.

Martin’s brother, Jason, is the defensive coordinator at Independence Community College, a hotbed for JuCo talent and the home of Last Chance U. Those ties are a boon to recruiting, as well.

Colorado is currently filling out its 2022 coaching staff. Dorrell hired Mike Sanford as offensive coordinator last week, replacing Darrin Chiaverini after two seasons. The team announced Kyle DeVan as offensive line coach on Tuesday. Only defensive coordinator and defensive line coach Chris Wilson, inside linebackers coach Mark Smith and tight ends coach Bryan Cook are under contract for the 2022 season, as returners from the ’21 staff. All three signed multi-year deals before the 2021 season.