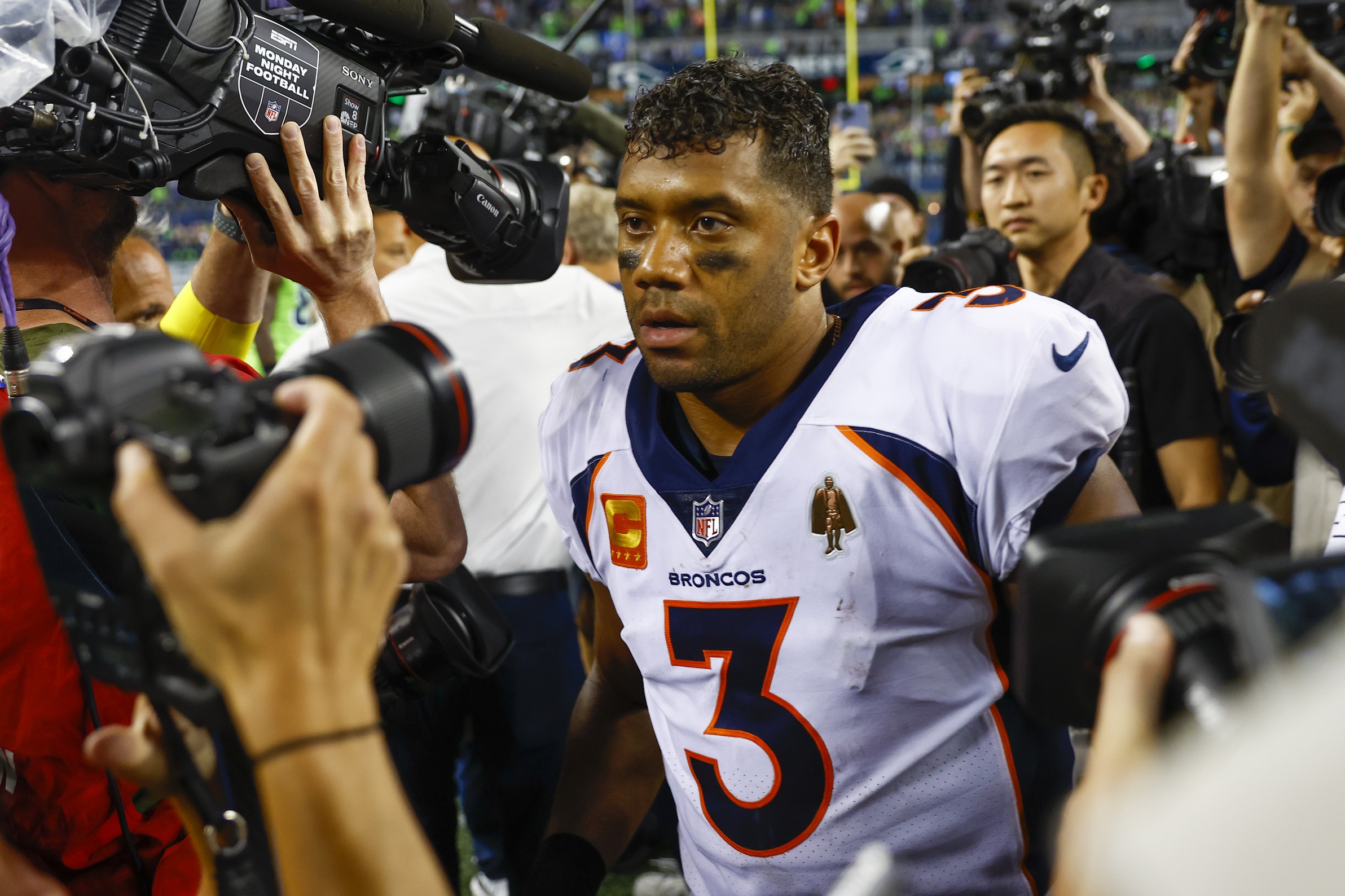 Five takeaways from the Broncos’ 17-16 loss to the Seahawks

Week 1 is in the books and the Broncos are winless.

Denver traveled to Seattle to take on the Seahawks in Monday Night Football but lost 17-16 after a controversial decision to kick a 64-yard field goal. The game was both teams’ first since the blockbuster trade this offseason that sent star quarterback Russell Wilson from the Seahawks to the Broncos.

Before the Broncos’ final drive kicker Brandon McManus was asked where he could make a field goal from.

As fate would have it, the Broncos wound up with a 4th & 5 at the 46-yard line on the left hash. They opted to take the kick instead of trying to pick up the first down.

“They got me exactly there,” McManus said. “They had faith in me. I’ve just got to make that kick.”

He didn’t make the 64-yard kick, dooming the Broncos.

“I have confidence in him,” head coach Nathaniel Hackett said after the game. “And if we have to put him in that situation again, I think he’ll be able to make it.”

The missed kick was just the final straw. The Broncos should have already scored much more than their 16 points.

Russell Wilson handed the ball off to Melvin Gordon on fourth down at the 1-yard line. Gordon tried to stretch the ball into the end zone (and there was space to do it) but he bumped his helmet with the ball and it came out. Seven points off the board.

Then, on the next drive, Wilson handed the ball to Javonte Williams at the 1-yard line, this time on third down. The line collapsed, and a defender knocked the ball out of Williams’ arms.

In another world, those two touchdowns would’ve carried the Broncos to 27 points at that point in the game.

While the scoreboard won’t reflect it because of the turnovers, plenty went right for Denver’s offense.

In his Broncos debut, the 11th-year veteran completed 29 of 42 passes for 340 yards, a touchdown and no interceptions. The last Broncos quarterback to throw for 340 yards in a game was Case Keenum in October of 2018.

Those numbers could have been even better.

Wilson set up both of the goal-line fumbles with deep passes (one to Courtland Sutton and the other to KJ Hamler) that were called pass interference in the end zone. Penalty yards don’t count on the stat sheet, but Wilson would’ve picked up at least 50 more if they did.

Before the Broncos kicked the field goal to pull within one point in the fourth quarter, Wilson just about got them seven points. He’d hit an outstretched Eric Saubert in the end zone but the tight end couldn’t hold onto the ball at full extension. He also hit Eric Tomlinson, another tight end, on the side of the end zone but the tip of his toe was touching out of bounds.

While the fumble was the most impactful play of his game, Javonte Williams was efficient for the rest of the night.

The rookie picked up 43 yards on seven carries and he was a frequent target on screen passes and checkdowns. He caught 11 passes, easily the most in the game, and picked up 65 yards.

He also broke a tackle and fought for nine yards to set up the field goal attempt at the end of the game.

“He knew where we had to get,” Hackett said after the game.

Williams led the game with 108 yards from scrimmage. The Broncos combined for 433 yards, the sixth most since Super Bowl 50.

The penalties add up

When the Seahawks were moving the ball in the first half, one major reason was the Broncos’ penalties.

DJ Jones was called for a hold.

Jonathan Cooper was called for taunting.

By the end of the game, 7 of the Seahawks’ 19 first downs were gifted to them by penalties.

The Broncos were called for 12 penalties worth 106 yards.