The rumors were true. Drew Lock is a Denver Bronco.

Denver traded up in the second round to take back-to-back picks. With the 41st overall pick, the Broncos chose Kansas State offensive lineman Dalton Risner. With the 42nd, they chose Lock.

Lock, a four-year starter and three-year captain at the University of Missouri, made a surprise slide to the second round. He was BSN Denver’s 20th-ranked prospect in the draft.

At 6-foot-4 and 228 pounds, Lock is a prototypical gunslinger. He led the SEC in pass attempts in three consecutive seasons and is the all-time leader conference leader. He led the NCAA in passing touchdowns as a junior. Lock was also first-team All-SEC as a junior and second-team as a senior.

Risner is a native of Wiggins, Colorado, a rural town 70 miles from Denver. He played center and right tackle in college but will start out as a guard in Denver. He’s a favorite to win a starting job as a rookie. BSN Denver ranked Risner the 33rd-best prospect in the draft.

All three Broncos draft picks so far have been used on the offensive side of the ball. Denver traded down from No. 10 to No. 20 to select Iowa tight end Noah Fant Thursday night.

The Broncos have four picks remaining in the draft: 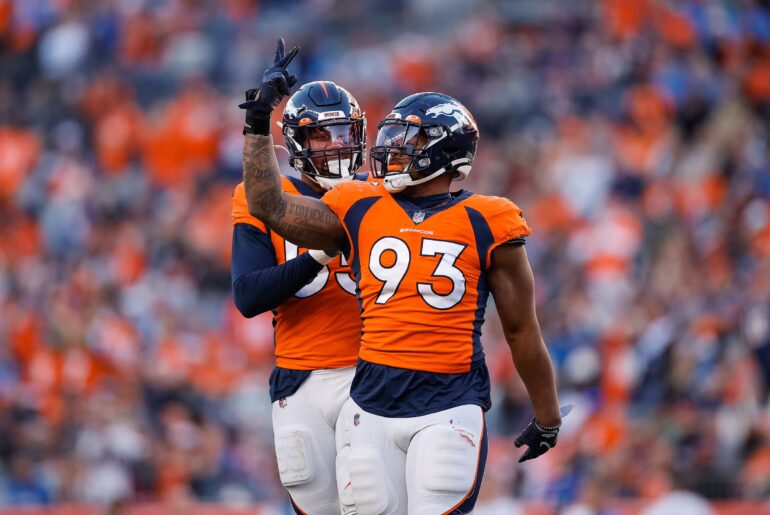 DNVR Broncos Podcast: Will the Denver Broncos covering the spread against the Baltimore Ravens be a success?