He thought he saw a Garden-door That opened with a key: He looked again, and found it was A Double Rule of Three: “And all its mystery,” he said, “Is clear as day to me.” -Lewis Carroll Friends, Denverites, Nuggets Nation… lend me your ears. No, really, just for the WKND. Er, weekend. I should have them back to you by…... 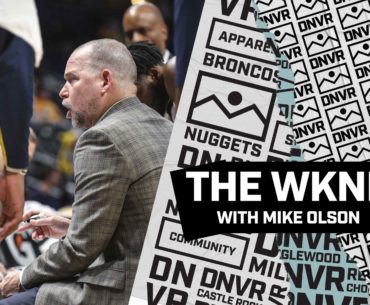 Mike and the Miracles: Denver Nuggets, under the radar

Do you believe in miracles? Let’s get back to that in just a second, and talk about church first… no, not like that. My family was pretty good about getting to church every Sunday in my youth, though I often felt like I wasn’t spending the other six days steering myself in the same direction I was being taught every weekend.…... 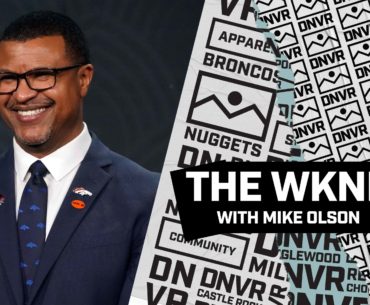 The best days of my soccer career had already come to an end, and I was now winding it up with regular stints on my collegiate club squad. We had a match upcoming with the club from Boulder, and I’d heard stories about their rock star left wing I’d be facing. Stories so impressive as to be hard to believe.…... 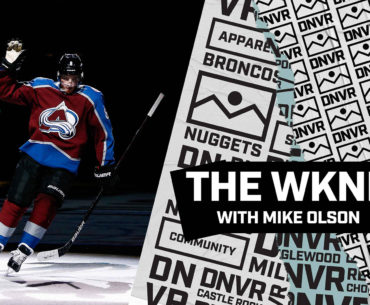 Out of the deep freeze and onto the ice

I was nine the first time I saw her, and all I knew was I had to have her… No, I wasn’t hormonal. Not yet, anyway. As a matter of fact, I wasn’t even really thinking of her as a “her”. But I’d never wanted anything so badly in my less-than-3500-days on the planet. In return, she just stared at…... 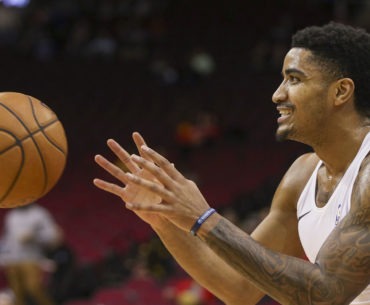 A few weeks ago, I was standing in line at a killer deli not too far from me, and ordered their Italian Hero, called the Godmother. It was so tasty, I actually ate it in my car in the parking lot. That hero… did not have much of a journey. Ba dump bump. In the more classical sense, Joseph Campbell…... 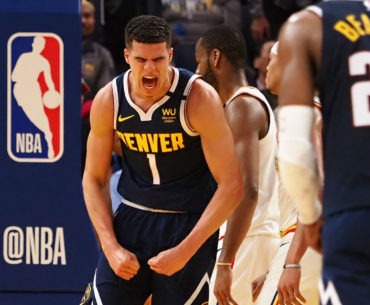 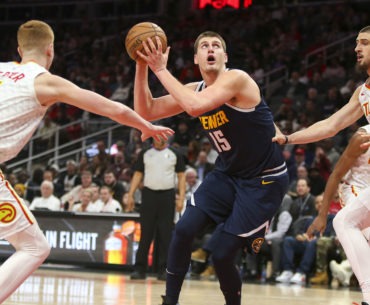 “It is not the strongest of the species that survives, nor the most intelligent, it is the one that is most adaptable to change.” -Charles Darwin You’re reading this upside down, you know. You have been since before you actually learned how to read it. You were re-computing well before you were perambulating, let alone reading. The eyeballs you’re…... 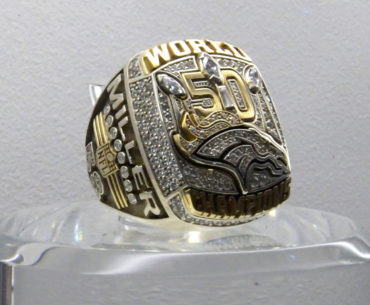 A Nice Ring To It

The year before my wife and I were married, we took our first trip to Las Vegas. As we wandered through the lobby of our casino, we strolled past the Sports Book. I stood in amazement at one of the races on the board that day, where the horse at the bottom of the list stood at 100-1 odds. My…... 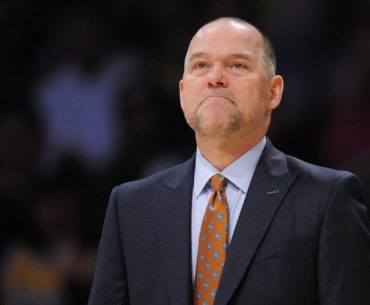 The Nuggets are one big step away from something bigger

“Success isn’t always about greatness. It’s about consistency. Consistent hard work leads to success. Greatness will come.” – Dwayne Johnson “Consistency is contrary to nature, contrary to life. The only completely consistent people are dead.” – Aldous Huxley At my first corporate gig, I arrived at the company just as they were signing their first trial contract with their…... 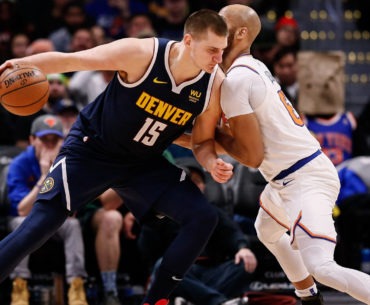 Center On The Cusp

As I pulled into my driveway on Wednesday night, the Denver Nuggets were in the last two minutes of their game against the Orlando Magic, and the Nuggets had relinquished a pretty sizable lead after having come back from a similarly sizable deficit. It had been a roller coaster. But I’d primarily been paying attention to the stats of one…... 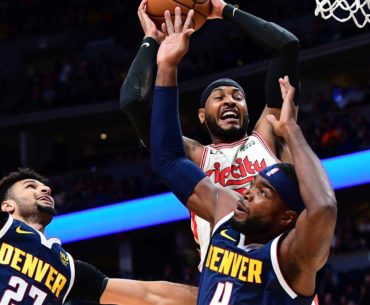 The Sky Is NOT Falling

The business I was working for had a problem. A law had changed that required them to shift their model in a direction that looked to close down the business. At that point, their business made over 180 million dollars a year, and employed nearly a hundred people. A sudden demise was going to be painful all around. For many…... 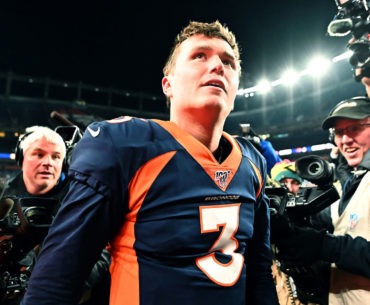 Is there a role in professional sports more difficult to nail down than “Franchise Quarterback”?

I took a job a few years back where I had to follow the “rock star”, stepping into a role that the person before me had created. She had defined it, and it had come to exist because she had shown the company the difference she could make in doing it. Stepping in behind her felt like stepping in for…... 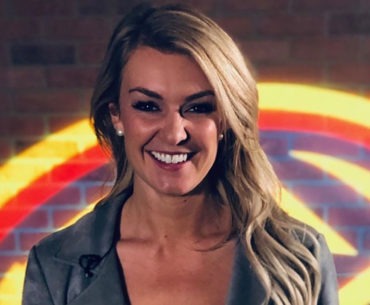 I have a feeling I’d not like playing games like Risk, Othello, or Settlers of Catan with Altitude’s Katy Winge, as I get the feeling taking over the world is a fairly simple matter for the media dynamo. I’m guessing that as she continues to add titles to her resume, having spent the last two Denver Nuggets games in the…... 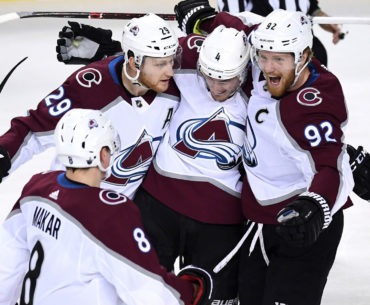 When it comes to hockey, my first love will always be the Colorado Rockies 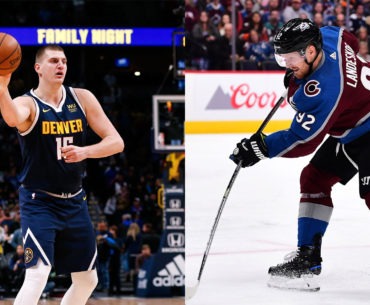 Patience, in a Can

The denizens of the Pepsi Center have a trick in common that could have only come from the very top. They were built with patience and time. Good things come when you exercise patience over time… Just ask Andy Dufrense. Patience is a difficult skill to master. It was never a personal strength growing up, but one of my grandparents had…... 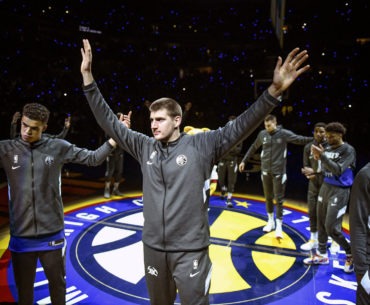 If it is true that a chain is only as strong as its weakest link, isn’t also true a society is only as healthy as its sickest citizen and only as wealthy as its most deprived? Maya Angelou I’ve always loved that Angelou quote for several reasons, but one of the most basic is the simple principle of overall strength…... 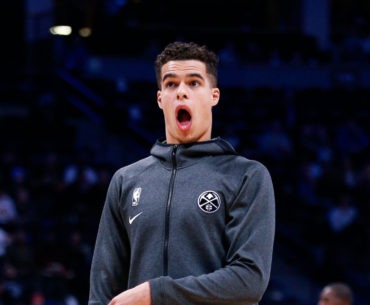 The Michaels – Malone and Porter, Jr.: A Delicate Touch

One of my kids is a really talented figurine and miniature painter. The level of detail and creativity he is able to put into making something look realistic or unrealistic as the client requests is pretty astounding. I tried my hand at it once, just for a way for us to bond. My hands are not nearly so steady as…... 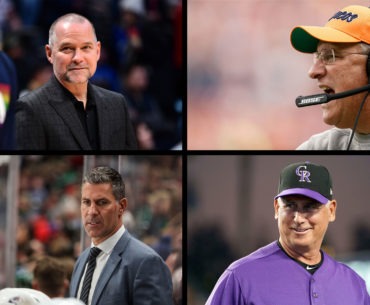 Colorado Coaches: Take me to your leader

I shifted to a new gig recently, and have been fortunate to report to one of the more intriguing and non-traditional CEOs I’ve ever worked for. Coming in the door, I was curious to see if “his way” would work when push really came to shove. After several battles joined together this year, I am starting to see the method to his madness. The whole thing has been an extraordinary learning experience. Some people just thrive at teaching. But I’m sure I can find someone to say it better than that…

“In the end, it’s about the teaching, and what I always loved about coaching was the practices. Not the games, not the tournaments, not the alumni stuff. But teaching the players during practice was what coaching was all about to me.”

Much better. There are countless and thankless hours of being a coach, whether you are doing it at the peewee level or at the highest heights. So the reason any coach worth their salt would do it is simply the joy and passion they derive from teaching players how to best play a game. Oh, and a fat paycheck probably doesn’t hurt the motivations of the gents we’ll be discussing today. But if an All-Timer like Coach Wooden hangs his hat on that emotion, you know it’s pretty powerful stuff. 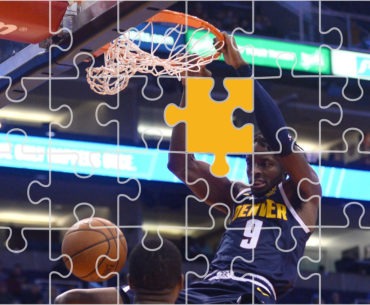 The Denver Nuggets have found their missing piece in Jerami Grant

When the already-exceptional Denver Nuggets finally bowed out of the 2018-19 season, they’d come closer to the Finals than they had in over a decade, in one of their most-successful seasons in history. Had they been able to score one more point in any of the first three of the four overtimes they spent against Portland in last years’ Game 3 playoff loss, they may have moved on to the Western Conference Finals, as they were tantalizingly close to their ultimate goal.

Though last season’s Nuggets took the floor with one of the league’s finest teams, they still saw a need to make improvements after coming up short. Denver made a list of their own that could help them make their next step forward:

As well as Denver performed in each of those categories last year, and as deep as they were, the playoffs exposed a need for even greater depth in each of those spots, with a successful seven-game series carrying them to a less-successful seven-game series. Had the Nuggets gotten to the Warriors, they’d have been running on fumes. Depth and consistency in the topics above could have shortened both of their playoff series, and given them a clearer run at a championship. Finding players who could give them that boost but not upset the already-stellar team dynamic was key. But surely filling out that steep and challenging list would take a few specific bodies to fulfill, right?

Well, not so fast. 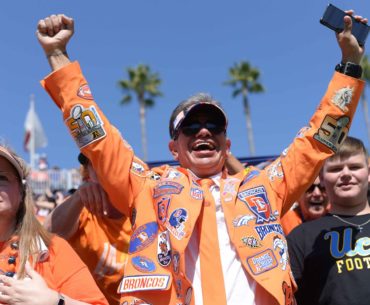 Every Sunday as a kid, I worshipped at a shrine. Now, it wasn’t Mother Cabrini-style beautiful, but I felt it had its charms. It was the only place in the house I was allowed to light a candle, and when I got everything arranged just so… well, the little plastic helmets and mini flag really set off the signed photo…...