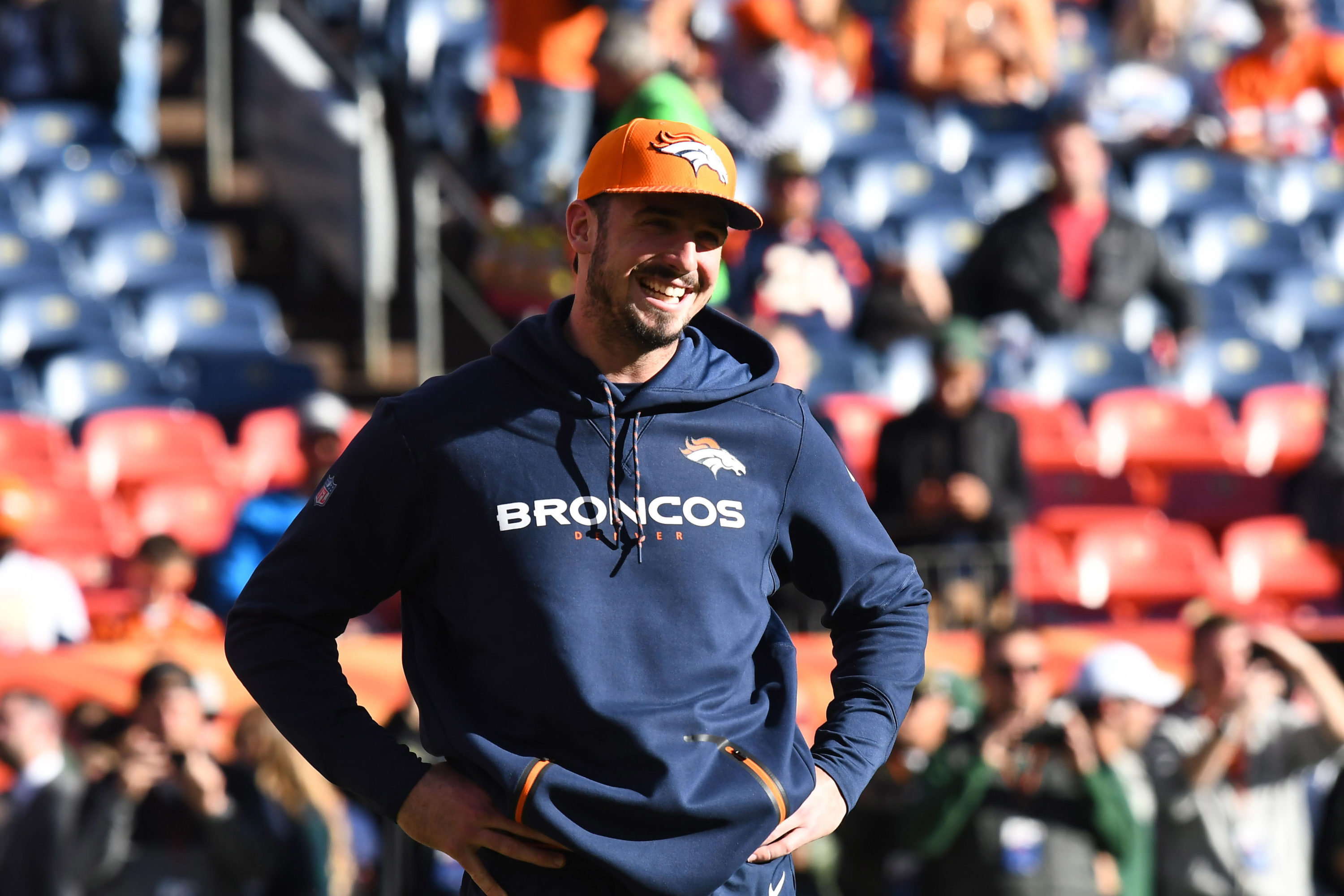 Winning vs. Seeing What You Have: The Broncos’ latest quarterback decision

ENGLEWOOD, Colo. — Vance Joseph is currently sitting between a rock and a hard place.

As a rookie head coach in a cutthroat industry, he wants—and potentially even needs—to win at all costs. However, with the Denver Broncos sitting at 5-9 with no chance of making the playoffs, or even salvaging a winning season, he and the organization need to evaluate the team moving forward to the future.

The problem is, these two philosophies do not always go hand in hand, especially with the quarterback position.

“You can do both,” Joseph said on Monday when discussed how he balances winning games and evaluating younger players at this point in the season. “We want to win football games. That’s the first order of business. Obviously, you can do both by seeing some of the young guys play.”

Based on this year’s play—specifically his tremendous performance on Thursday night against the Indianapolis Colts—Brock Osweiler would give the team the best chance to win.

However, in terms of evaluating for the future, the team needs to see what they have in former first-round pick, Paxton Lynch. Because of the competing stakes at hand, as of Monday afternoon, the team had not decided on a starting quarterback for Sunday’s game against the Washington Redskins.

“Brock did play well. That’s going to be a discussion that we have with our staff today to kind of figure out what’s best for all parties involved.,” Joseph said when asked if it would be difficult not to start Osweiler after he posted a 147.7 passer rating on Thursday. “We want to see Paxton play some. That’s the truth. We have to see where he is as a player going into the offseason. That’s important to our football team going forward. We have to discuss it again.”

While there’s no denying Brock’s excellent game, Joseph didn’t hide the team’s feelings on getting a further evaluation on Lynch. The reason they haven’t officially moved on to Paxton circles around his health.

“We want to make sure he is totally healthy so he can play and play well if he does play,” Joseph explained. “We’ve got to see where he’s at physically. He came in Saturday and Sunday, threw the ball and rehabbed.”

Lynch missed the past three weeks of practice after suffering a high ankle sprain in his only start of the season on Nov. 26. Yet, while the team wants to make sure he’s healthy enough to play before making a decision on who will start Sunday, he has been medically cleared and will practice on Wednesday.

In the three quarters that Lynch played against the Raiders nearly a month ago, his season debut did not go as planned as he threw for 41 yards with no touchdowns and one interception for a 38.4 passer rating while not putting up a single point on the scoreboard.

Joseph believes that Lynch getting an opportunity to play could be just what he needs in order to develop his game.

“Players get better from playing in games,” Joseph said, optimistic that Lynch fits into this mold. “With game experience, some guys get better. And you want to see him in games. It’s different in practice—it’s a controlled environment. We want to see him play in games. But again, if he’s health enough to play, we’ll do that, maybe. If not, we are going to wait and see.”

Uncertainty seems to be the only certainty at the most important position on the field as the Broncos enter the final two-game meaningless stretch of the season.