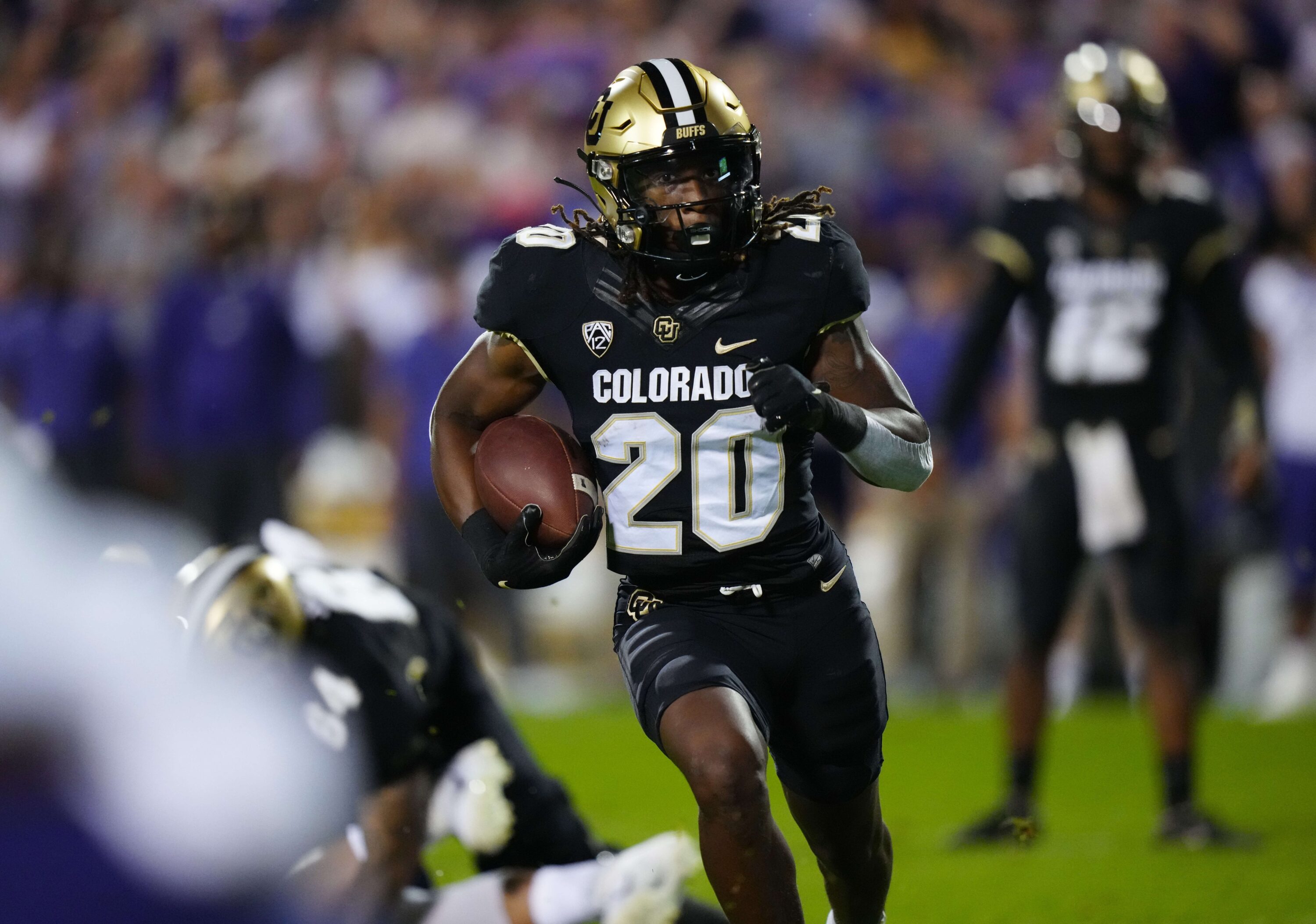 Why patience could be the key for Colorado against Air Force

When it comes to the triple-option, it’s not a complicated offense in theory. What makes the triple-option a lethal offense for Army, Navy and Air Force is the fact it only takes one guy out of position, one missed tackle, one lapse in responsibility and they can make you pay.

Can a corner cover a back or receiver for 30 run plays and not lose focus on the 31st play when the offense finally throws the football? Can the defender responsible for the pitchman avoid trying to make a play quarterback for the entire game?

Colorado’s discipline, mental strength and patience will be tested this weekend.

Saturday will be the 18th time Colorado and Air Force face off. Colorado holds a 12-5 lead in the series but will be traveling to Colorado Springs for the first time since 1974.

The Buffs were able to hold the Falcons to 284 yards rushing in their 2019 meeting but ultimately lost in overtime 30-23.

Running back Deion Smith (Sr.) and safety Isaiah Lewis (Sr.) provided insight into Colorado’s approach and what about Air Force will challenge CU.

Ball control will be a huge factor for the Buffs on both sides of the ball on Saturday. In the first half versus TCU, the Buffs out-rushed the Horned Frogs by close to 100 yards (104 vs. 14) and owned the time of possession battle (22:08 vs. 7:52).

According to Smith, CU must find a way to sustain offensive momentum, while also finding balance in both aspects of the offense.

“Hopefully we can run the ball and throw on our own terms to have a little bit more control of the clock,” Smith said, “That’s our biggest goal is to be able to run and also pass well because we want to have more control of the game versus being limited to a certain number of possessions.”

The Buffs showed that their quarterbacks will be a factor in the run game this season also as Brendon Lewis was the CU’s leading rusher against TCU with 42 yards on eight carries.

Smith spoke about the importance of the quarterback in CU’s offense and what the Buffs need from the position this week.

“I feel like we need a big solid performance by the quarterback,” Smith said. “They have a higher level of a standard and we want them to have a big week so we can hush up all the people on the outside.”

Patience has been one of the themes that head coach Karl Dorrell and many Buffs players have talked about in their preparation for this week’s game.

“Details and discipline will be everything this week,” said Lewis.

While defending the run will be the primary focus for Colorado, it’s Air Force’s passing game that could be the biggest thing Colorado must prepare for.

Air Force only threw six times in their season opener against FCS Northern Iowa last Saturday, but one of those passes was an 80-yard touchdown on their first drive of the game.

Lewis only played on special teams when the Falcons made the trip to Boulder in 2019, regardless the fifth-year senior was able to use that game as a learning experience.

“I learned a lot just from watching those guys play defense,” Lewis said. “Just being able to understand that those passes can be at any second.”

Lewis spoke about how the Buffs came out strong in the first half against TCU but then lost momentum going into the second half. The Buffs’ safety thinks that he and his teammates will adjust and be ready for all 60 minutes against Air Force.

“Even if we’re down a couple of points, or whatever it may be, we’re gonna make sure our mindset and attitude is in a winning place,” Lewis said.

Lewis feels that he should be lining up all over the field for the Buffs on defense this week. TCU was able to exploit Colorado in terms of defenders in the box, especially in the second half which led to some of their more explosive runs.

With the quarterback playing an even bigger role in the run game than what the Buffs had to deal with last week, Lewis will be one of the key players for the Buffs when defending the run and pass this weekend.