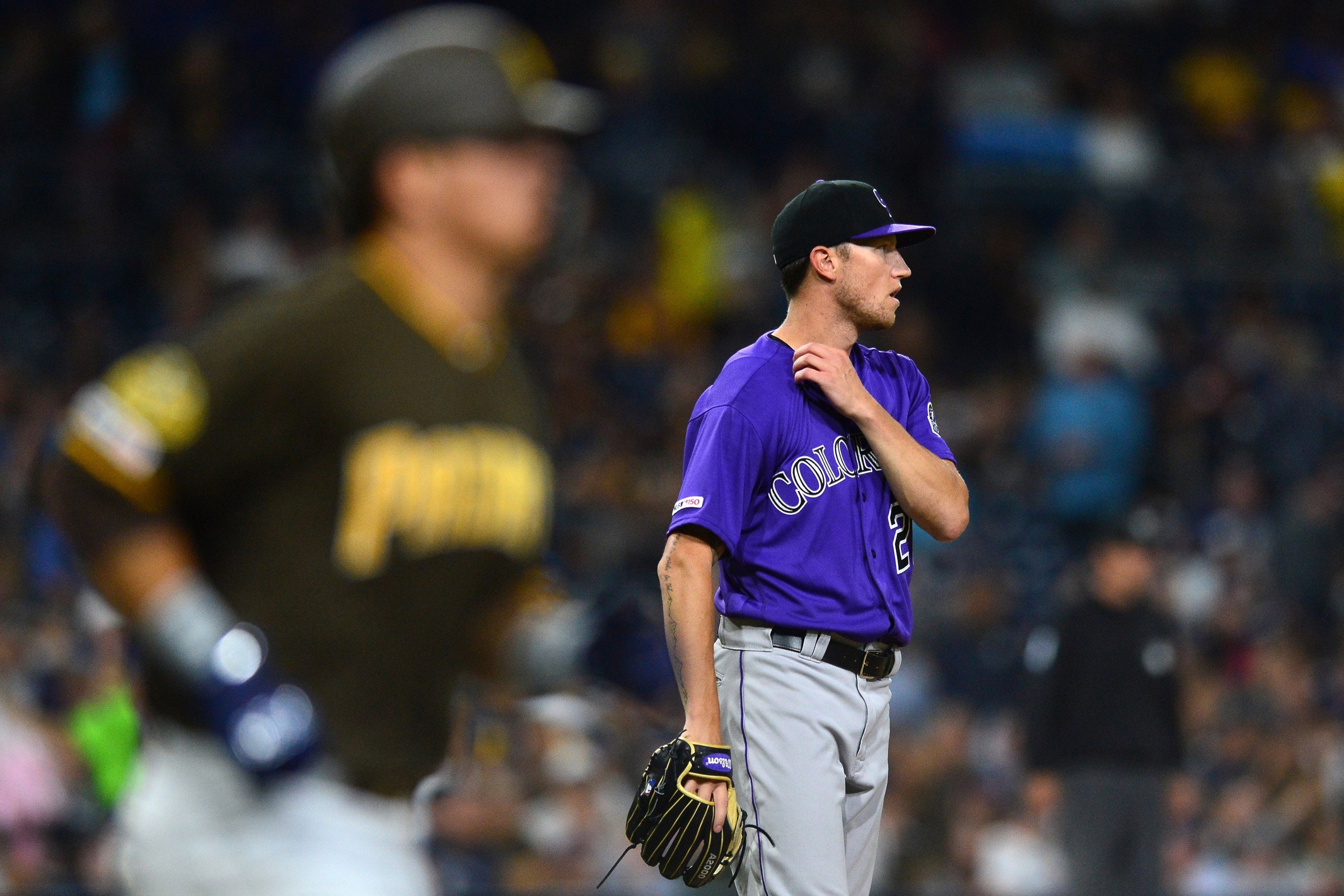 Why it’s not just the baseballs…

DENVER – The worst kept secret in Major League Baseball this season is that something is clearly, and significantly, different about the baseballs.

The Wall Street Journal recently published an exposé in which they detail the discrepancies that have led to an all-time home run record for a single-season on pace to be absolutely shattered. Set to pass 6,800 dingers in 2019, that’s almost 700 more than the previous high-water mark of 6,105 set all the way back in 2017.

But this is only a part of the puzzle.

Whatever terminology you prefer – the word “juiced” is a bit loaded in the game of baseball – something is also clearly going on with the bats.

In short, the frequency and fashion with which they are breaking is completely different.

While there isn’t a ton of publicly available information on broken bats, anyone who watches baseball knows this to be true. When was the last time you really saw a Louisville Slugger or other brand shatter in someone’s hands or splinter all the way down the middle?

In season’s past, hitting a ball off the end of the bat used to result in these kinds of things regularly, but now these clubs hold their structure through the swing far more often. Coupling a baseball that is carrying at record rates with a more solid launching foundation makes for a recipe that provides more homers than ever.

The changes to the products occurred from 2013-2014 in reaction to an overabundance of wooden debris flying about the field. Manufacturers began to churn out sturdier bats and the majority of major leaguers ended up choosing the newer and stronger maple varieties compared to the older ash types.

Additionally, the methodology for placing the trademark on each bat was altered. The position of the label has moved from running parallel to the grain to perpendicular. It also moved to a spot where most hitters now naturally have it facing up rather than out.

One active Major Leaguer told us that he thinks this is a big reason why certain swings, especially jam shots closer to the inside handle of the bat, are resulting in long flyballs and even line drives rather than weak dribblers and flares.

Though we do not hold advanced degrees in bat technology (is that a thing?) and cannot state with certainty exactly how these changes have made an impact, much like the baseballs, the results are pretty clear.

All of this adds up to a world in which you no longer need to make a quality hack to get a phenomenal result.

Talk about a cheapie. A pitch up in the zone and not getting the full barrel on the ball, Bogaerts doesn’t even think he got it all and it still somehow makes its way over the wall. Unreal. pic.twitter.com/APbgzRVugE

Juiced ball homerun of the night goes to Brian Anderson of the Miami Marlins.

Slicing an opposite field HR like it’s no big deal in Marlins park just doesn’t happen. But the requirements for a HR have changed and therefore these things now do happen.

This HR from last night was too juiced not to post, for many reasons.

Brett Gardner, looks like he just slaps the ball and not going with the pitch.

This is also the FIRST TIME in his career (12 seasons) in which he’s hit a HR to the opposite field! pic.twitter.com/m3Qu83xDni

Ever wondered what an under 90 MPH homerun to left center looks like?

It looks like a player slicing a ball off the end of the bat on a ball down and away.

This is not a ball that barely gets over the wall down the line. This is in the gap.#juicedball pic.twitter.com/ou7Rh4onN2

These are just a few of the examples in a season full of them.

Each of these swings features not only contact that would have never produced a home run at any point in the last 150 years of baseball, but also frame perfect examples of the type of swings that typically used to make lumber for the fireplace.

Hard cutters in on the hands at the label or sinkers cued off the end of the bat would explode the device into numerous shards or perhaps splinter it right down the middle like a river cutting through a canyon.

The players we spoke to who put us onto this observation also noted that bats do still give out but that it’s just far less obvious, more that they crack a bit in the hand without breaking.

Either way, these maple clubs hold their structure far better than they did even just a few years ago.

One has to wonder if the greatest reliever of all time, Hall of Famer Mariano Rivera, who famously made a career on carving up wood, retired just in time.

How many shallow opposite-field flyballs would have carried that much more with a stronger follow-through and a baseball charged with more kinetic energy than we’ve ever seen?

And who is it affecting the most?

Of course, all of this comes with extra frustrations for a Rockies team that has openly made efforts to minimize the chaos in their environment by implementing a humidor.

It has always been the case that balls in play are more threatening at Coors Field than elsewhere and now that issue has been exacerbated tenfold.

Pitchers who rely on weak contact leading to poor results like Kyle Freeland are sure to be hurt more by the improved performance of this equipment. You can’t put all of his struggles on the newer bats and balls, but it sure doesn’t help a pitcher who relies on bad swings to create bad contact.

Even guys like Boston Red Sox ace Chris Sale have seen their numbers take a big hit because the execution that used to result in success for years now results in the polar opposite, which has just about everyone who has taken a mound this year scratching their head.

But baseball in Denver has returned to comic levels, turning almost every game into a contest of who can eek out the most classically-cheap hits.

It seems altogether likely that there was no specific intent when it comes to the bats. It can easily be argued that it is ultimately a good thing that they break far less often and less violently than they used to.

When you combine this with the new Rawlings baseballs, we’ve created a totally new environment for the game. There was already enough luck and randomness in baseball, but now there is even moreso.

Some will argue that more home runs, scoring, and action in the game is better for the casual fans who love offense and care less and less about pitchers’ duels and strike-zone mastery. But the entire dynamic of a winning and losing at-bat is being changed right before our eyes.

A hitter no longer needs to do all the things they used to in order to succeed. You can be fooled by the velocity and location of the pitch, take an emergency hack, and be rewarded not just with a hit but with a potential game-changing long ball despite having been effectively beaten by the pitcher.

And the frustrations are showing through even among those who prefer to never make excuses.

Justin Verlander of the Houston Astros famously went on record talking about the absurd home run totals and how they relate to the ball. Here in Denver, both Kyle Freeland and Bud Black have recently intimated that this issue has gotten out of hand.

“Don’t know how he hit it out,” Freeland said of an Eduardo Escobar home run after his most recent outing at Coors Field. “It was a perfectly executed backdoor slider that he hit out to the deepest part of the park.”

Taking a nearly one-handed swing that lacked of any confidence, Escobar let the bat and the ball do all the work on a 99 mph drive to left-center that “stayed hit” to travel an eye-popping 425 feet. It doesn’t matter how thin the air is. That’s craziness.

A few weeks before this, after another contest that saw both clubs reach double digits in hits and runs scored, Black aired his frustrations in a subtle manner, saying first and foremost that his pitchers needed to handle these moments better.

After a series against the Dodgers that saw his club surrender four home runs, each with a hit probability of less than 31 percent, he couldn’t help but note this is going on “across all of baseball… and in Triple-A.”

For a manager who is typically reluctant to discuss minor leaguers, it was perhaps an odd thing to bring up until you realize the one thing connecting the two ideas: this is the first year Triple-A is using MLB baseballs and it is leading to the same results at both levels.

While it seems incredibly likely that these new baseballs are the primary reason for this arguably fundamental change to the game, we can also go back just a little bit further and see the beginnings of this era in changes that were made to the bats.

Whether all of this was a series of coincidental events or a closely calculated attempt to inject more excitement into the game will be a topic for another time.

Whatever the reason, something needs to change if we want baseball to be a game of hitting, running, fielding, and throwing rather than a hyped-up Home Run Derby featuring only deep flys and a parade of strikeouts and walks.

Or maybe they will just have to keep the extreme-shifting revolution going and allow the outfielders to take up a position in the bleachers. 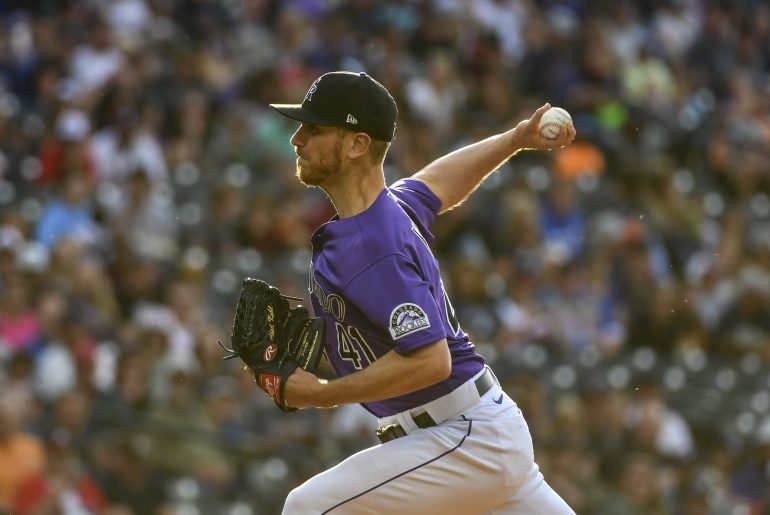 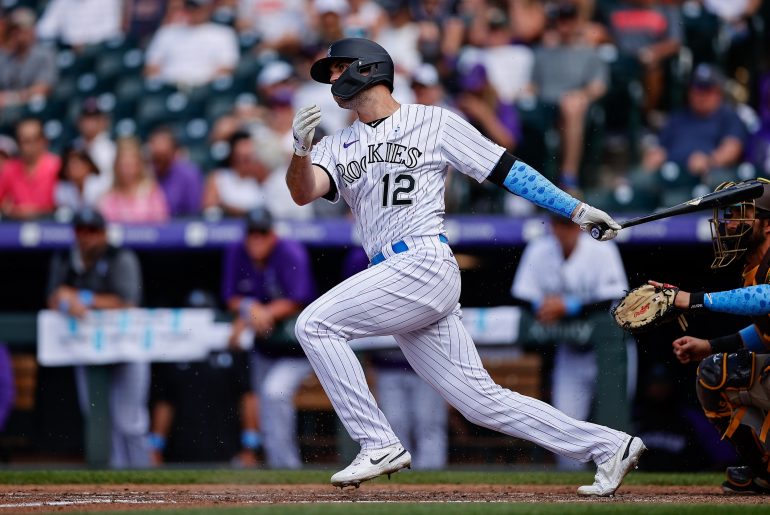