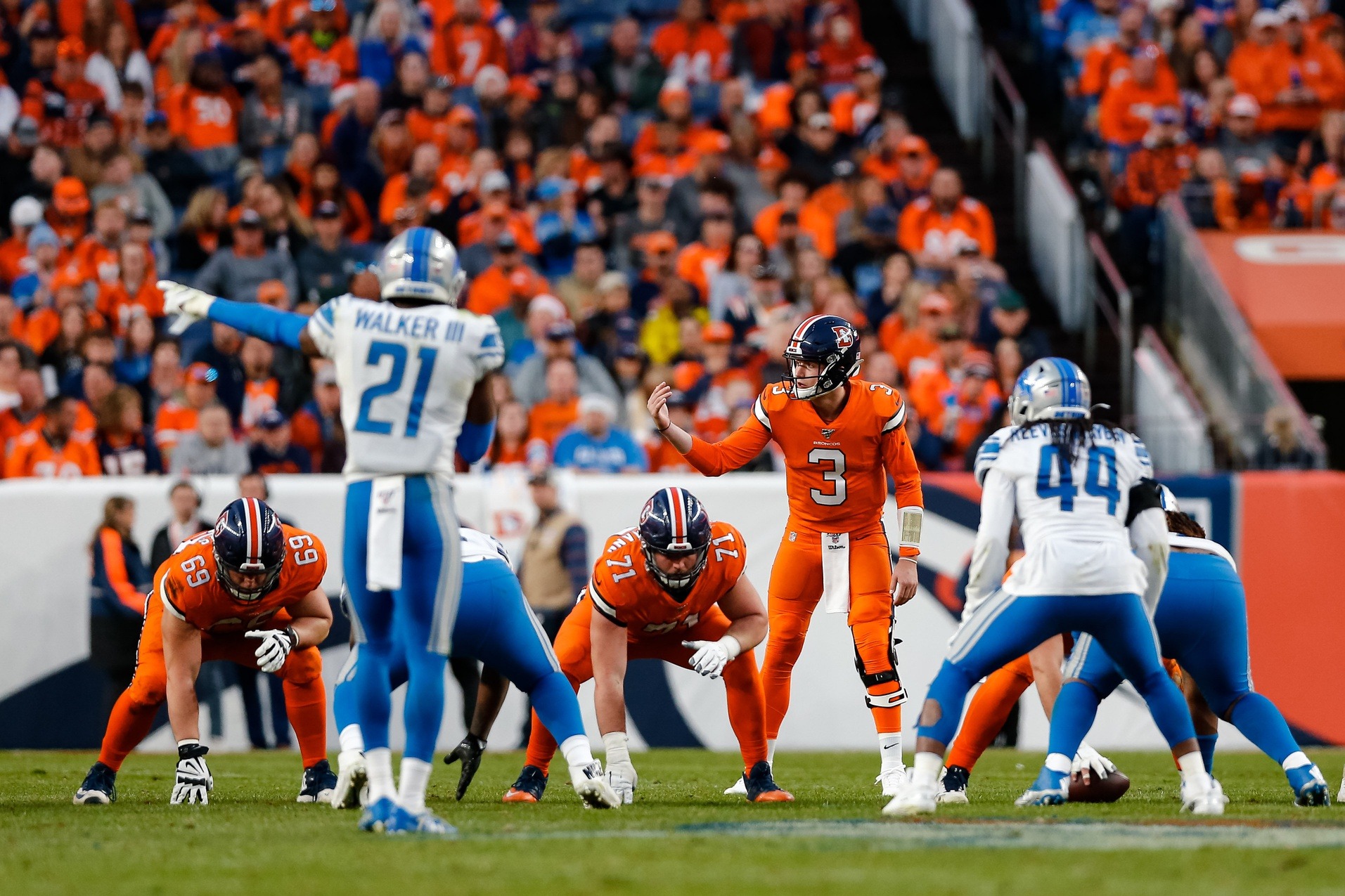 Why Courtland Sutton thinks the Broncos’ offense can be “unguardable”

DENVER — The laundry list of weapons the Broncos added to the offensive side of the ball just this offseason is long, to say the least.

From signing a two-time Pro Bowl running back in Melvin Gordon, to drafting back-to-back receivers in Jerry Jeudy and K.J. Hamler to start the draft, it’s clear adding explosion to the offense was a main priority for John Elway in 2020.

Yet there’s one other notable addition to the offensive side of the ball that hasn’t had a dangerous label to his name. Until now.

“I think that [offensive coordinator] Coach [Pat] Shurmur’s offense is going to be able to add a lot of threat to all of the weapons that we already have on offense,” Courtland Sutton said on Thursday with excitement building with every word.

“He sees — which is pretty rare I feel like — he sees the game how receivers see the game.”

It’s been over five years since Peyton Manning helped “Omaha” go viral by using it as an indicator to makes checks at the line of scrimmage.

Manning was the master of making pre-snap adjustments. Since the Sheriff’s departure after Super Bowl 50, the line of scrimmage when the Broncos have been on the field have been nearly dead silent.

But that’s about to change.

According to Sutton, the threat, among many things, that Shurmur brings to Denver is his willingness to let Drew Lock make adjustments and audibles at the line of scrimmage to attack defenses.

“I think that’s going to be something that’s huge for us as an offense growing because we get into a situation where Drew and everyone else in the offense gets really comfortable with the offense and we know what we’re supposed to do, then it becomes pretty much like an unguardable situation where Coach Shurmur’s always going to call the best play for us to be successful, but Drew understanding the offense, and the rest of the guys on the offense understanding the offense to a full, we can run any type of check we need to to be able to get the ball to the right spot for the defense that we’re going against.”

In fact, earlier in the offseason, Lock himself pointed to Shurmur empowering him at the line scrimmage as something that he not only was excited about, but that it would play into his strengths and help the offense push the ball down the field.

“Unguardable situations” sound like a problem for opposing defenses.

Additionally, much like Manning had in his record-breaking 2013 season, an assortment of weapons doesn’t appear to be an issue in Denver for 2020.

“We do have every weapon that we could possibly need to be successful in every position offensively,” Sutton said without a sliver of uncertainty. “It’s upon us to apply those weapons and use this weapon to the best of our ability so that we can not be in those conversations of ‘The Broncos were only able to rank this, or whatever, in points per game.’ That shouldn’t be a conversation.”

“If anything, it should be a conversation of us being in the top of the league in points per game because of the weapons that we have,” Sutton stated. “I think that Shurmur, he knows and understands the weapons that we have and he’s looking forward to going out and being able to use them to the best of his ability. He can pretty much pick and choose who he wants to get the ball to and where he wants the ball to go because we have that many weapons. I don’t see that being a problem this season.”

Not only did the Broncos land the draft’s fastest tight end in back-to-back years, they drafted one of the fastest, if not the fastest, receivers in the draft in the second round to go along with Jeudy, who ran a not-too-shabby 4.45 40-yard dash.

“The potential is there,” Sutton added. “We see it every day with all of the weapons that we have on offense.”

At 55 years old, offensive coordinator Pat Shurmur’s speed won’t scare any defense in the league. But through his scheme and by empowering Lock, he’s the threat that will fuel the Broncos’ offensive weapons.