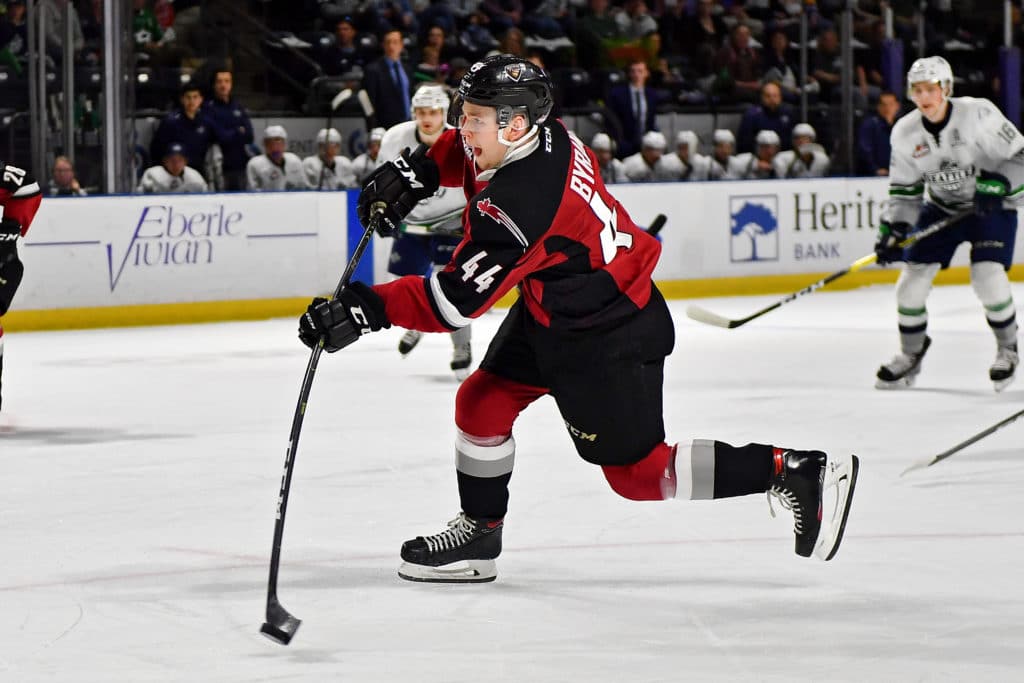 What Bowen Byram’s contract signing means for the Avalanche

The Avalanche announced today that they had signed Bowen Byram to his three-year entry-level contract. Byram, the fourth overall pick in last month’s draft, will have a chance to make a crowded Avalanche defense out of training camp.

The signing of the ELC was a standard formality between team and player and what happens next for the 18-year-old is really what matters.

With the contract in hand, Byram will attend training camp and compete with players like Mark Barberio, Kevin Connauton, Ryan Graves, and Calle Rosen for a spot on Colorado’s opening night defense.

After becoming the first defenseman to ever lead the WHL in playoff scoring and a 26-goal regular season, Byram’s offensive upside is the most appealing part of his game right now. With Tyson Barrie now in Toronto, the Avalanche are trying to find a way to replace the 59 points from their defense they sent to the Maple Leafs in order to solve their second-line center problem.

Enter Byram and Cale Makar, who will be playing in his first regular season next year after an impressive 10-game trial that saw him score six points. They will combine with Sam Girard to give Colorado one of the NHL’s most dynamic young trios on the blueline.

With the ELC in hand, Byram will have a decision to be made akin to what Girard went through two years ago. Because of his age and the agreements in place with the CHL, Byram is not eligible for the AHL this season.

Byram can, and likely will, get his nine-game trial before the team has to decide whether or not to keep Byram for the season. If Byram plays 10 games, his ELC officially kicks in and he’ll stay with the Avalanche for the remainder of the season.

If after nine games the Avs decide he needs another year, they can send him back to the WHL to play for the Vancouver Giants and his ELC will ‘slide’, meaning the first year will not be used up.

Given Joe Sakic’s comments in which he was not shy about being aggressive with Byram’s promotion to the NHL, it’s fair to believe he’ll get those nine games to show what he can do.

With Ian Cole out until December as he returns from double hip surgery and Erik Johnson questionable for the start of training camp, Byram will be given plenty of opportunities to prove he belongs.

Where things get tricky is simply in the number of bodies the Avalanche have at the position. Byram is competing with the group mentioned above to make the team but also play. The worst thing the Avs can do in this spot is to allow Byram to make the team and then healthy scratch him in favor of players like Barberio and Connauton, who are fringe NHL players at best.

Should that be the case, however, the games in which Byram is scratched would not count against his nine-game trial before having to be sent back to the WHL. Those games only count when Byram actually plays.

With Girard, Makar, Nikita Zadorov, and Johnson all expected to be ready by opening night or shortly thereafter, Byram’s leash won’t be very long. Should he play with confidence and up to his abilities, Colorado just may run with him and let the other guys fight for scraps and AHL demotions behind him.

Another factor to consider with Byram sticking for the entire season is that it’s one less spot for Conor Timmins to potentially take throughout the season. While injuries are an inevitability, if Byram is there for the year, finding a spot for a potential Timmins promotion gets more difficult.

While Timmins most definitely needs to start in the AHL with the Eagles after not having played in a competitive hockey game since May of 2018, the organization is still extremely high on him and will look to promote him aggressively should he prove both healthy and effective for the Eagles.

Adding Byram and Timmins to a late-season roster for the Avalanche would be extremely gutsy, especially with Makar also a rookie. This is a team that fancies itself a Central Division contender and that kind of rookie invasion, especially on defense, would be almost unheard of for a team looking to win a division.

But that’s the world the Avalanche live in now; the expectations of winning big also have to be integrated with the promotion of high-end young talent on hand. Byram will certainly get his opportunity. It’s up to him to earn it from there. 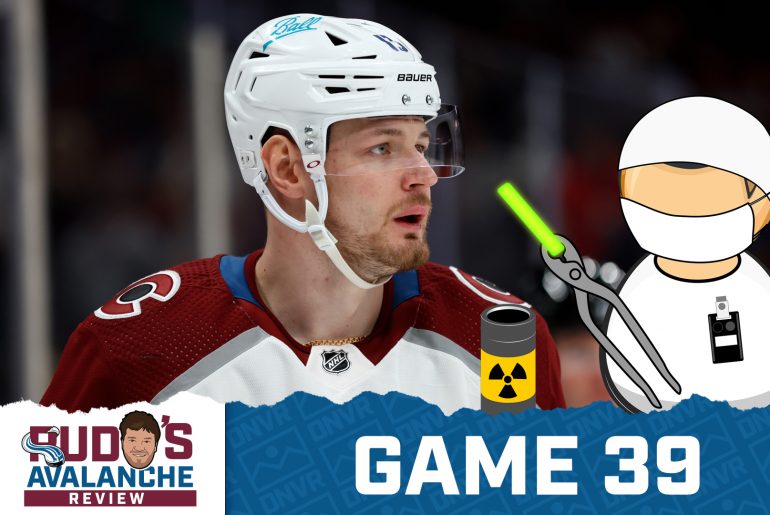 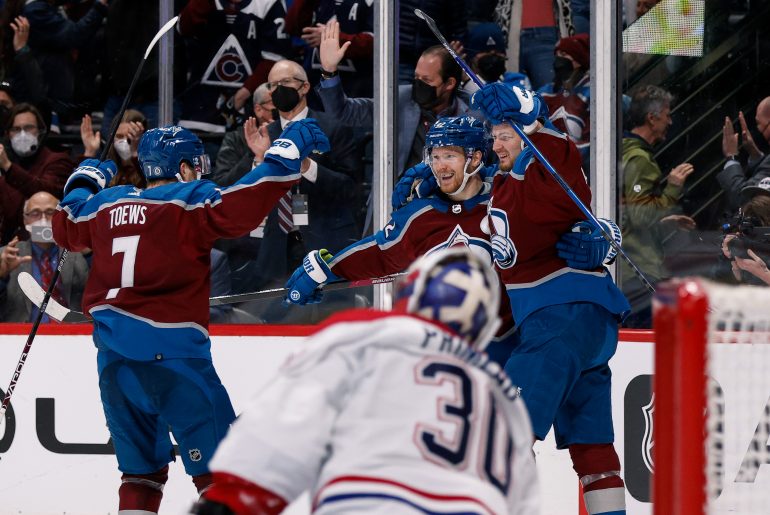