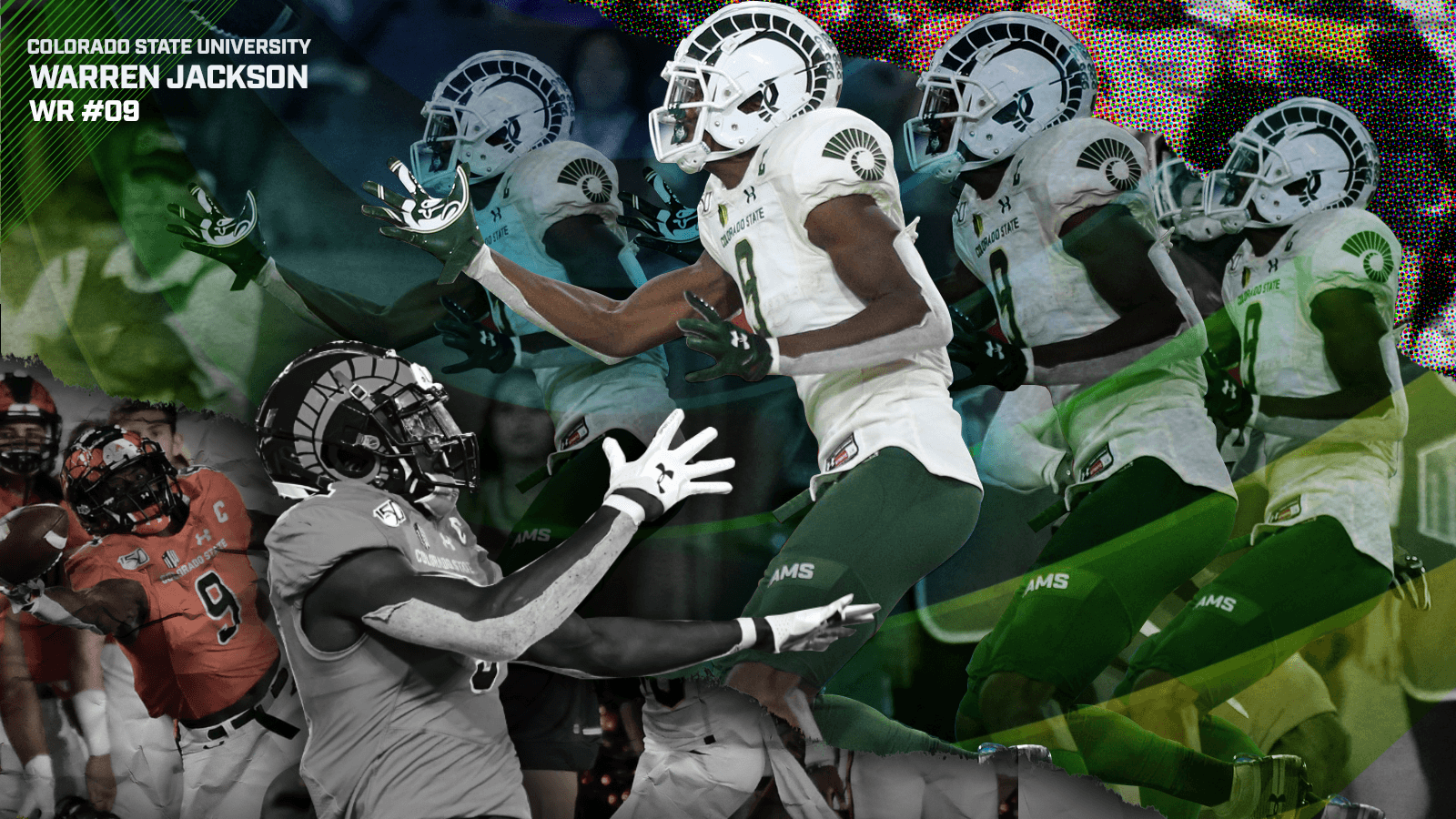 Warren Jackson is destined for greatness

FORT COLLINS, Colo. — Over the last half decade, Colorado State football has made a name for itself by consistently producing quality wide receivers. Since 2015, four former CSU wide receivers have established themselves on NFL rosters and a few others have had a cup of coffee in the league as well. Of all the talented players to come through the program, Warren Jackson is shaping up to be one of the best, though.

Eight games into the 2019 season, Jackson has established himself as one of the nation’s truly elite pass catchers. This was validated Wednesday when the junior from Mission Hills, Calif., was named to Biletnikoff Award Watch List. The Biletnikoff Award recognizes the college football season’s most outstanding FBS receiver, regardless of position.

In 2014, Rashard Higgins was a finalist for the annual honor. Although he didn’t win, his impressive season was well recognized nationally as he became the third player in school history to be named consensus first-team All-America (AP, FWAA, Walter Camp). Higgins of course returned for one more season before being selected in the third round of the 2016 NFL Draft by the Cleveland Browns.

Michael Gallup was also a finalist for the Biletnikoff Award in 2017. Unfortunately, like Higgins, Gallup was invited to the party but didn’t take home any hardware either. Even so, Gallup, too was a consensus All-American and ended up being selected in the third round of the 2018 NFL Draft by the Dallas Cowboys.

Preston Williams (Miami Dolphins) and Olabisi Johnson (Minnesota Vikings) have recently worked their way into contributing roles with their respective franchises as well.

Now, in 2o19, Jackson seems destined to be the next Ram to go succeed at the next level. Listed at 6-foot-6, 219 pounds, Jackson is a mismatch for nearly every cornerback he encounters — not just in the Mountain West either — he scored two touchdowns against No. 1 Alabama in 2017 and found the end zone against both of CSU’s Power 5 opponents this year.

“Anything near him, he’s going to catch it,” Mike Bobo recently said of Jackson.

Despite missing two games to injury, Jackson has been extremely productive with 49 receptions for 719 yards and six touchdowns this season. Over the last two weeks, he’s really come into his own, though, with 18 receptions for 392 yards and three touchdowns in CSU’s last two victories. What’s more, 15 of those catches have resulted in either a first down or a touchdown. That kind of production is unheard of at any level, but it shows just how valuable No. 9 is to the offense.

“The chemistry is growing every day,” Jackson said postgame Saturday night. “We’re getting more confident every day and that’s what we need to be better.”

Beyond what he brings to the offense from a production standpoint, Jackson’s presence on this team is invaluable. With Collin Hill done for the year and Marvin Kinsey off of the roster, other than a few of the lineman, Jackson is now CSU’s most experienced player on offense.

What’s encouraging is that after being more of a silent grinder in his first two seasons, it’s clear that Jackson has embraced his role as a leader on the team. Not only is he leading by example with the way that he goes about his business on the practice field, in the classroom and in weight sessions, but he’s taking command of the team as a whole.

“It hasn’t been about Warren, it’s been about loving his teammates and doing what he can do to help us be successful,” Bobo said. “The way he works is the result of how he’s playing.”

After beating Fresno State on Saturday, Jackson didn’t tell us all how there wasn’t a defender on the field that could hang with him, even though we all knew it was true. Instead, though, Jackson talked about how hungry his team was for success and explained that after coming close and falling short multiple times, he believes this team is finally learning how to win. From top to bottom, Jackson believes everyone in the locker room is tired of feeling the misery that comes with being close enough to taste a victory and having it slip out of their grasps. And now that they’ve been able to come out on top in back-to-back games, their motivation to keep winning is growing by the week.

“For things to get better, they have to be bad at one point — and I think that’s starting to happen with us,” Jackson said.

“We’re learning from ourselves more and not having any silly mistakes like we used to… And then just the love that we have for each other. That’s just something we preach — just the love. You can have the same talent, the same teams, but whoever loves each other more is going to get that victory.”

When the best player on the field just happens to be as selfless as he is talented, great things can happen for a team. With his abilities on the field, Jackson could very easily be a self absorbed egomaniac that only cares about the future millions he will someday make. But that’s never been the case with Jackson. When you watch the way he blocks for his teammates or listen to how he speaks about them, it’s clear that the bond he has with his brothers is truly unique.

At the end of the day, that’s what college football is all about. Winning is important and will always be the primary goal but watching a humble and talented young man like Jackson begin to reap the rewards of his hard work is something that should make all Ram fans proud to be.

Justin has been covering Colorado State athletics since 2015 & has been featured in multiple national outlets. Along with keeping up with the Mountain West, Justin is a diehard college football & basketball fanatic. 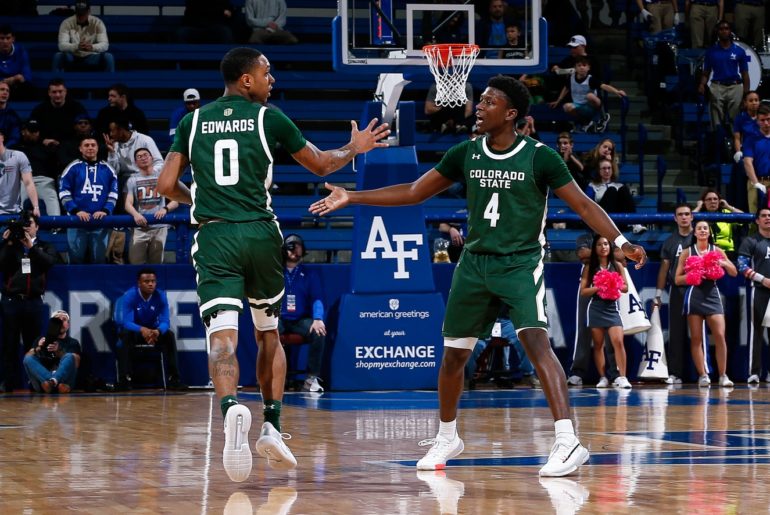 3 takeaways: Rams continue to reign over the Falcons 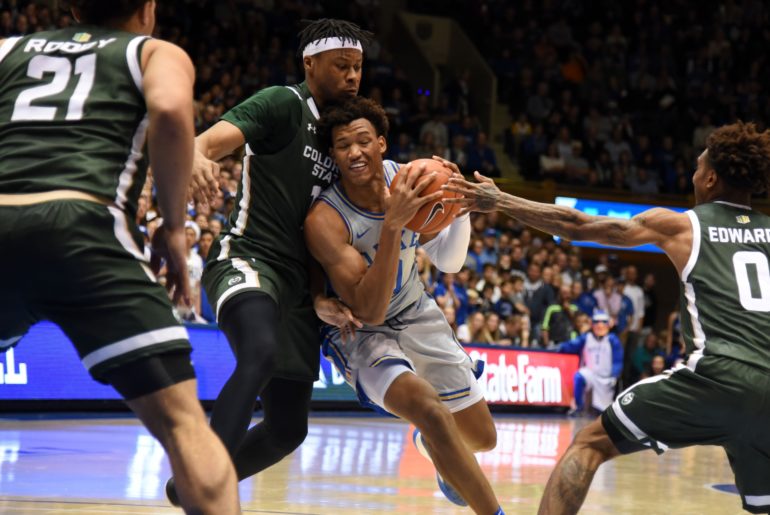