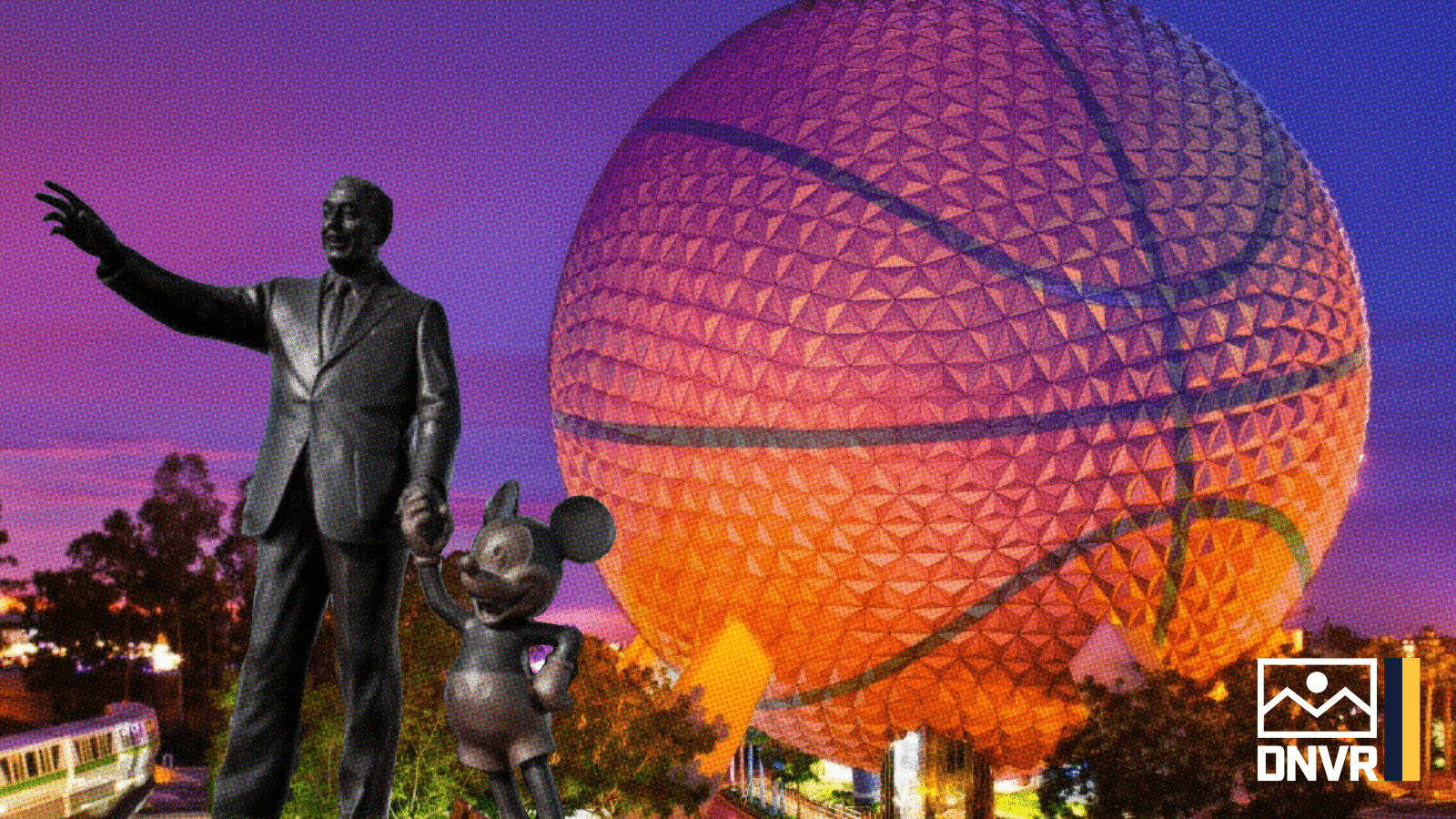 The NBA’s elaborate plan to restart the season is becoming more clear.

Last week, the league said it had begun “exploratory” conversations about restarting the season at Disney World in Orlando, Florida as a single site for an NBA campus for games, practices and housing. Although no firm timetable for a restart has been set, an NBA Board of Governors call will reportedly flesh out options the league is entertaining to continue the season, including a play-in tournament, pool play, and regular-season games moving into the playoffs.

On paper, Disney World as a single site makes the most sense as a location to restart the season. No other locale, yes even Las Vegas which has housed 30 NBA teams for Summer League for the the last couple of years, can offer what Disney World and the sprawling 220 acre ESPN Wide World of Sports Complex can.

One of the biggest advantages Disney has is that it is private property.

“They have as many hotels as you would need. They have the ESPN Wide World of Sports Complex which has all the basketball facilities you could ever want. And then you have the fact that Disney is a private property and they can really shut things down,” Yahoo Sports’ Keith Smith, who worked at Disney Land for 20 years, said on the DNVR Nuggets Podcast. “… They can say this chunk of property, you’re not getting in here unless you need to be in here for the NBA. That’s why it made a lot of sense for me.”

Here’s also why the the NBA is focusing on Disney World.

The ESPN complex at Disney World is equipped with three separate arenas that can house basketball courts and have hosted NCAA and AAU tournaments along with the Jr. NBA World Championships before. They’re also just a few minute walk away from one another. If the league wanted, it could use all three.

The HP Field House is a 70,000 square foot, 5,000 seat arena which recently played host to college basketball tournaments. This November, it’s planning to host an eight-team tournament featuring Gonzaga and Michigan State. The field house has room for six full-size collegiate basketball courts (four on the main level and two upstairs on an auxiliary court).

Smith suggests that the field house could act as the NBA’s main game court.

Opened in January 2018, The Arena was the nation’s first venue specifically designed for cheerleading and dance team competitions. The Arena has the ability to seat over 8,000 guests while also having ample playing and warm-up space. The venue also has the ability to host six regulation basketball courts.

Smith thinks The Arena could be set up as one court if the league wants to make it a secondary game court.

A third potential site where basketball could be played on the Wide World of Sports campus is the Visa Athletic Center. It’s a state-of-the-art multi-sport field house that includes space for six college-size basketball courts.

Smith says the Visa Center could be a prime spot for the league’s main practice facility with side-by-side courts and the ability to set up partitions to give teams some privacy.

According to Smith, Disney has already begun making lodging accommodations for the impending arrival of NBA players. Hotels will need to reconfigure their rooms to house NBA athletes and will surely redesign many of their common areas so players will be as comfortable as possible.

“What I’ve been told is the goal is to keep the teams in the same general vicinity but a little exasperated so that they have their own space,” Smith said.

The Coronado Springs Resort opened in July 2019 as Disney’s main convention hotel and from the outside looks like it belongs on the Las Vegas strip. It’s a high end hotel that Smith suggests could be the main housing option for NBA personnel. The complex is equipped with just under 2,000 rooms per Disney’s website and comes with a full list of amenities.

Coronado Springs is home to four pools, a spa and fitness center, 220,000 square feet of meeting space, two ballrooms, an exhibit hall and 45 breakout rooms which could theoretically be used for team meetings, film rooms, auxiliary weight rooms, dining areas and more. The resort regularly hosts movie nights on outdoor projector screens (keep the Space Jame 2 watch parties at a minimum, LeBron), and boat rentals are available on the Coronado Springs lagoon. Jogging and walking trails surround the resort as well. Athletes will have top-end food choices at a state of the resort like Coronado.

“(Coronado Springs) is a pretty isolated resort,” Smith said. “It’s not very close to a lot of other things, and it’s a pretty straight shot to the sports complex as well.”

Disney also has three championship golf courses that were part of the PGA Tour for 42 years from 1971 -2012. Along with its nine hole courses, Disney says that in total there are 99 holes of golf on the campus. All of Disney’s courses all run by Arnold Palmer Golf Management.

The NBA still has many hurdles to climb to eventually bring the NBA back at Disney World. A firm testing plan has to be formalized and safety during a worldwide pandemic has to be the league’s top priority and strict guidelines on what happens if a player does test positive for COVID-19 must be established.

The NHL estimated it would need 25,000-30,000 tests under its plan to return to play which would call for testing every player at night with the results available by morning. NBA players aren’t reportedly keen on full nasal swab tests, either.

Whatever testing protocol is agreed upon, the NBA and Disney will prioritize safety. Disney’s four keys after all are Safety, Courtesy, Show, and Efficiency, in that order.

Safety also comes into play when addressing the isolated campus environment that the NBA is aiming for. On Wednesday, Disney World announced plans for a phased reopening of their park to the public beginning July 11, but due to the massive size of park — Disney World is over 39 square miles big, about the same size as San Francisco and twice the size of Manhattan — security should be able to keep park patrons and NBA personnel separate.

“I don’t think you’re going to have any risk of overlap,” Smith said.

A shelter in place/lockdown concept isn’t foreign to Disney, either. When a hurricane makes landfall in Florida Disney doesn’t send guests who are staying at their resort home, Smith said. Guests stay in their hotels for as long as it takes for the hurricane to pass and Disney goes out of their way to entertain families.

“If players are bringing their families, Disney will go all-out to make sure that families are entertained and taken care of while the players get back to work on the court,” said Smith.

What About a Crowd?

There won’t be any fans at Disney World to watch the NBA resume its season, but that doesn’t mean the stands will be completely empty.

What about this idea.

The league and its teams should encourage players who aren’t lounging at the pool, golfing during their off day or have current team obligations to watch games from the stands. Imagine the drama that could potentially unfold if Jimmy Butler or Chris Paul is sitting courtside watching their former 76ers or Rockets teammates in a playoff game. What about LeBron James scouting the Clippers, his potential playoff opponent in a later round, from the stands?

Smith said Disney is also in talks with the MLS to hold some type of tournament/playoff at the complex. If everyone is tested regularly and safe, why not encourage MLS and NBA athletes to attend each other’s games?