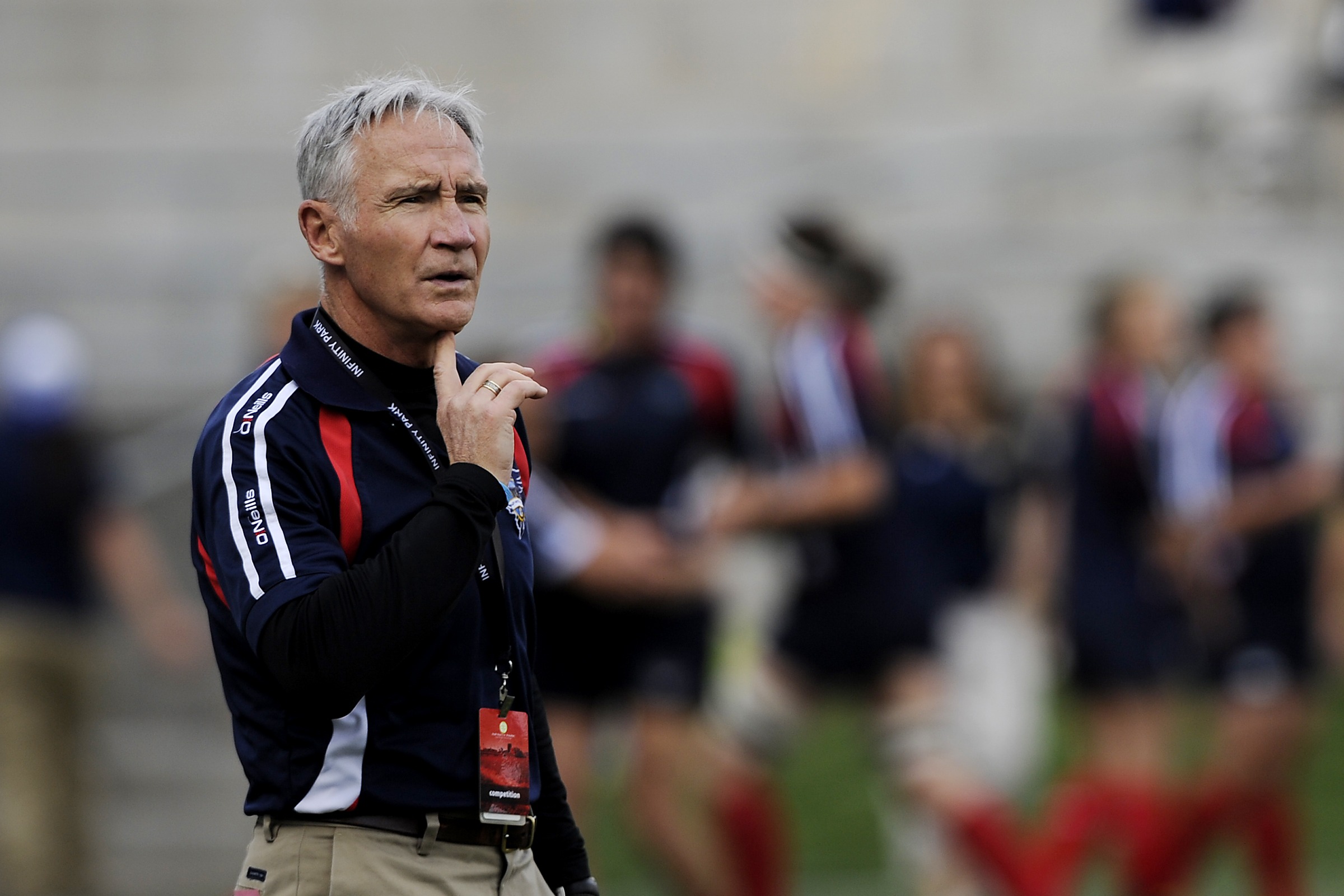 The Next Era of Glendale Rugby

Glendale’s rugby department has been hard at work during the pandemic.

With the Colorado Raptors withdrawing from Major League Rugby back on April 9 and no season to prepare for, things have looked a little different around Infinity Park.

The seven people that makeup Glendale’s rugby department have been chasing an idea that everyone familiar with rugby has thought about before. ‘How good could the United States be at rugby if the top-tier, blue-chip athletes played rugby?’

“The idea has been in our heart and our minds for a long time,” RugbyTown Crossover Manager Peter Pasque said. “My dad and I used to talk about, ‘What if they took the Alabama Crimson Tide, with all of their resources and all of their athletes, and had them play rugby for a year, how good could they be?'”

That’s an idea that they will test with the RugbyTown Crossover Academy. With the first camp taking place at Infinity Park on Monday, Glendale’s rugby department knows that they won’t convert Pro Bowl linebackers into world-class centers right out of the gate. This is no overnight fix, but they are attempting to do something that’s never been done successfully in American rugby before. They are attempting to create a sustainable model to help transform elite athletes into rugby players.

“Obviously, (Alabama is) not going to do that, but luckily, with the set up here with the city and the facilities we have, we can do it,” Pasque said. “We can take that risk to test this theory.”

According to Glendale Director of Rugby Mark Bullock, this idea is one that has been in the works for the better part of two years.

“The Crossover Academy is actually a concept that we’ve had for quite some time,” Bullock said. “Two years ago we actually made an effort to go out and recruit who we would consider elite athletes to transfer and play rugby. In general, the best athletes in the United States are often offered scholarships to university to play football, basketball, track and field, and other sports, wrestling included. Those athletes are the very best athletes and we want to direct them into rugby. We aren’t going to get them out of high school, we are going to have to get them out of college.”

Recognizing the window to grab top-notch American athletes is one thing, but setting them up in an environment where they can make a living while learning to play a sport many of them have never thought about is another thing. That is what the program is intended to do and what stopped Bullock’s initial efforts two years earlier.

With the knowledge and experience from two years ago in their back pocket, Glendale has started from scratch. After the idea was greenlit by the powers that be, they went to work building a base of potential recruits.

Where exactly do you look for high-caliber athletes to build a rugby team? The simple answer is everywhere. Pasque, Bullock, head coach Pete Borlase and their entire staff left no stone unturned. They dug through their contacts and called anyone and everyone that they thought might either have an in somewhere or an idea to help them along the way. Some of the best advice they received came from an unlikely source.

“We had a call early on in March right after MLR was over, and we talked with USA Bobsled’s head recruiting coach,” Pasque explained. “He gave great advice.”

The idea to even reach out came from a strength and conditioning coach that knew members of Glendale’s staff.

“They said, ‘Hey this is a contact that I have. Let’s talk to this guy and see what he does,'” Pasque said. “Ultimately, it just all comes down to connections, contacts, and building relationships. It’s going to take a while, but the number one take away from that call with USA Bobsled was that every coach on your staff should be recruiting pretty much all year, every year.”

From there, every member of Glendale’s rugby department turned into a full-time recruiter. They spent weeks digging through Division I athletic program rosters looking for seniors that fit their build that had recently graduated. They scoured NBA and NFL waiver wires. They kept their eye on G-League transaction lists while hand-picking players from the Canadian Football League, Alliance of American Football, and XFL when all three leagues closed up shop for the year.

They did all of this in addition to cashing in on some groundwork that they laid at Division I football programs a few years prior. They followed up with athletes they had met at pro days in years past, and what they ended up with was an extensive database of potential players.

The next step in the process was getting in contact with these players to present them with this opportunity and to establish a pipeline for later. This involved calling former coaches, reaching out to athletic directors, and a lot of time on Twitter and Instagram, which is how they got in contact with a majority of people on their list. They followed and sent messages to 1,500 athletes, and began to arrange phone calls and zoom meetings.

After months of messages, calls, moving calendars, and COVID protocols that change by the day, the RugbyTown Crossover Academy has taken shape.

Their extensive database has produced around 40 athletes that will attend Monday’s camp, and their recruiting efforts have drawn the interest of hundreds of more potential players. A lot has to go right, but the RugbyTown Crossover Academy is on the right track.

Players will arrive Monday for COVID testing, and the camp will get rolling on Tuesday afternoon once everyone has their test results. From there, the rugby converts will be split into small groups and will go through five days of drills and classroom sessions before they depart for the holidays. If all goes as planned, they would assemble in January to prepare for matches throughout the spring.

When the Raptors withdrew from MLR over seven months ago, Glendale cited that they believed ‘their greater responsibility lies in the development of American players who can go on to win the World Cup for the United States.’ This is them pushing their chips into the middle of the table to attain that goal.

While some may look at this endeavor and the circumstances around it as a gamble, Bullock wants people to look at it as more of an experiment.

Blazing new trails is nothing new for Bullock and for Glendale. Whether you hate them or love them, they’ve done so from the moment they’ve existed, and they are in the position that they are because they aren’t afraid to go against the grain. They aren’t afraid to fail.

“It’s through failure that you ultimately get success,” Bullock said. “That’s where we are going. When we first started here, people were like, ‘Well you can’t do that. You can’t build a stadium.’ We did. ‘You can’t just move up to DI and compete. You’ll get beat.’ Well, we played in the DI National Championship the first year we did that. We are going to push ahead. That’s always been our goal. We are going to push the boundary of what we can do. We are going to have an intense vision of what we want to accomplish and we are going to work hard to accomplish that. If we run into obstacles, we will figure out the obstacle and try to overcome it. That’s how we operate.”

A rising tide lifts all ships, so if this experiment is a success it means a deeper player pool for both MLR and USA Rugby. It means more people playing the game, and spreading their newfound love to their friends and family.

“I am an optimist and I believe that we can move forward and that we can be successful,” Bullock said. “How quickly or how long, that’s to be determined.”

This journey will be an interesting one, and it all starts on Monday.