FORT COLLINS, Colo. — David Roddy has only been on campus for a few months but the freshman forward from Minneapolis, Minnesota, already feels right at home with Colorado State men’s basketball.

“It’s been everything that I thought it would be and more,” Roddy recently told DNVR Rams.

Roddy explained that when he first got to CSU, he felt like a wide-eyed kid that was just lost in the moment. Between moving across the country and having to adjust to the lifestyle of a Division 1 athlete, Roddy had a lot on his plate from day one.

According to Roddy, though, the entire process was made easier by a welcoming group of teammates and a staff that has been nothing but supportive of him. Everyone from the seniors to last year’s freshmen breakouts, Adam Thistlewood and Kendle Moore, have all embraced the young forward and continue to guide him in the early stages of his collegiate journey.

“It’s been a lot of fun,” Roddy said. “I really have a lot of respect for everyone on the team because they’ve really helped me.”

“He’s just a great kid, a terrific kid,” Niko Medved added. “He’s got so many natural leadership instincts about him. I’m really excited about his future.”

Since the moment Roddy signed, everyone close to the program has talked about how he is going to be special. They would emphasize that Roddy is clearly an elite hoopster but his character was always made out to be his greatest strength both on and off the floor. Although it’s extremely early, the hype is already justifiable.

Roddy, 6-foot-5, with the biceps of a middle linebacker — even though he was actually a successful high school quarterback — not only appears to be the strongest player on the team at 18 years old — it’s also clear that he can ball. Roddy hasn’t even scratched the surface when it comes to his potential but the freshman forward already looks like he should receive significant playing time.

Watching the freshman forward bang around in the paint with juniors and seniors, then drain a jump shot from the top of they key in Saturday’s scrimmage, it was tough to believe that Roddy has only been playing with this team for a short time. His teammates echoed this sentiment, telling DNVR Rams that Roddy’s rare combination of strength and versatility makes him a nightmare to go up against.

“That’s my guy, ‘Big Roddy’,” Kris Martin said with a smile on his face and his arm wrapped around the true freshman. “Stay tuned because you know he’s coming — he has a lot of potential. He’s a great player. He’s big, strong and can shoot the ball so I’m excited to play with him.”

Medved has also been extremely complimentary of Roddy. On multiple occasions, the second-year head coach of the Rams has praised Roddy for his maturity, work ethic and just general effort to be a great teammate. When another player sinks a 3-pointer in transition, the first person to dap them up or run over for a chest bump is often No. 21. Unsurprisingly, though, Medved said after the team’s first practice, that while he’s extremely supportive of his fellow Rams, Roddy’s competitiveness tends to make him his own toughest critic.

“He’s a great kid but he’s really hard on himself,” Medved said. “He really wants to do great which you love. For as big as he is, he’s really kind of a skill guy. He has great skill as a player — he can pass, he can shoot and he’s got really good instincts. Boy, when that pace of the game and speed of the game starts to come back to him, he’s got a chance to be a real matchup problem, a real nightmare.”

Medved then expressed how for basically his entire athletic career, Roddy was always focusing on multiple sports at one time. In the fall, Roddy had to worry about football season and in the spring it was all about track. Now that he’s only playing basketball, though, the staff feels that Roddy’s ceiling can only go up from here.

“This is awesome — he’s going to continue to improve throughout the season,” Medved said.

Not playing football has been a slightly weird feeling for Roddy. Standing on the sidelines of Canvas Stadium earlier this season, Roddy said that the energy of the game made him miss the sport, and he joked that he was itching to get back out there. But in his heart, Roddy feels that he made the best decision for his future and he said that giving up football isn’t something that he will regret.

“I’ll support all my friends off the field but I’m here to play basketball,” Roddy said.

CSU fans will have their first opportunity to see Roddy in a live game on November 5 when the University of Denver comes to Moby Arena. A few days later, Roddy and the Rams will face the Duke Blue Devils at Cameron Indoor Stadium on Nov. 8. 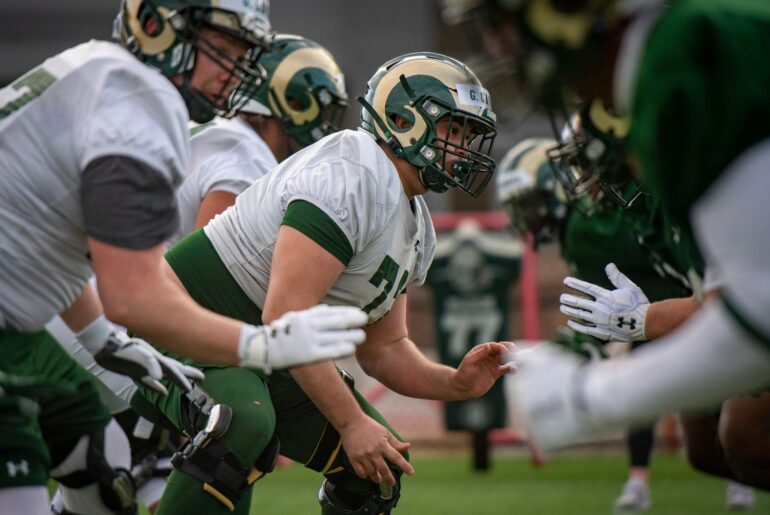 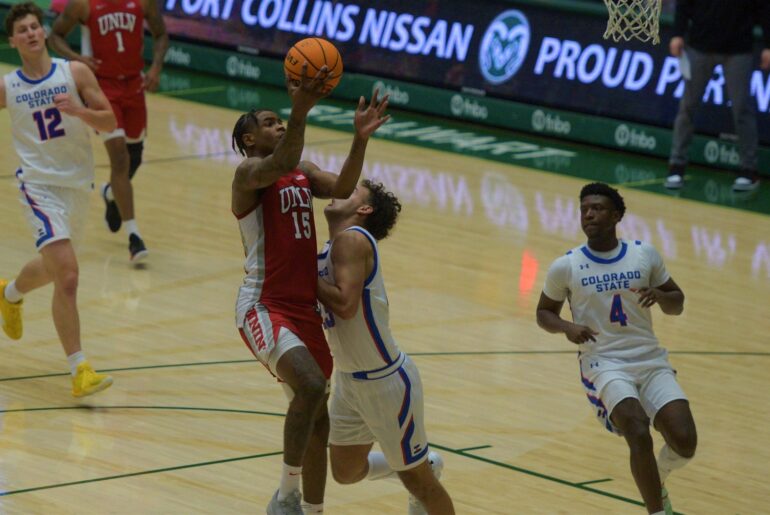 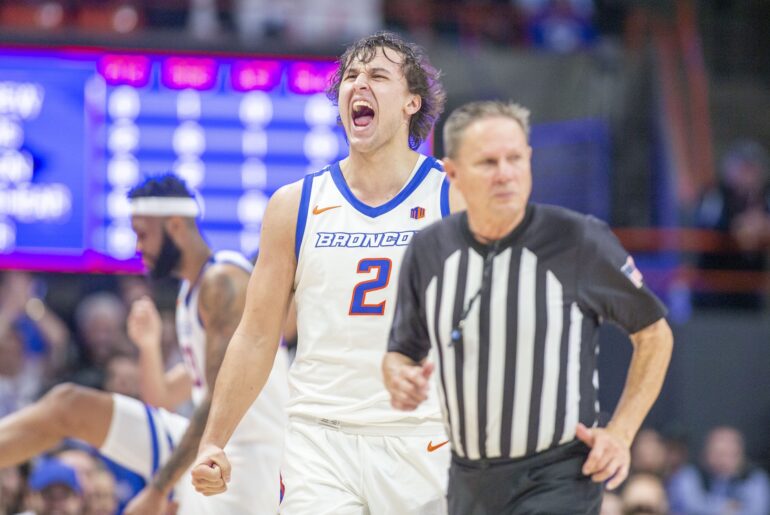