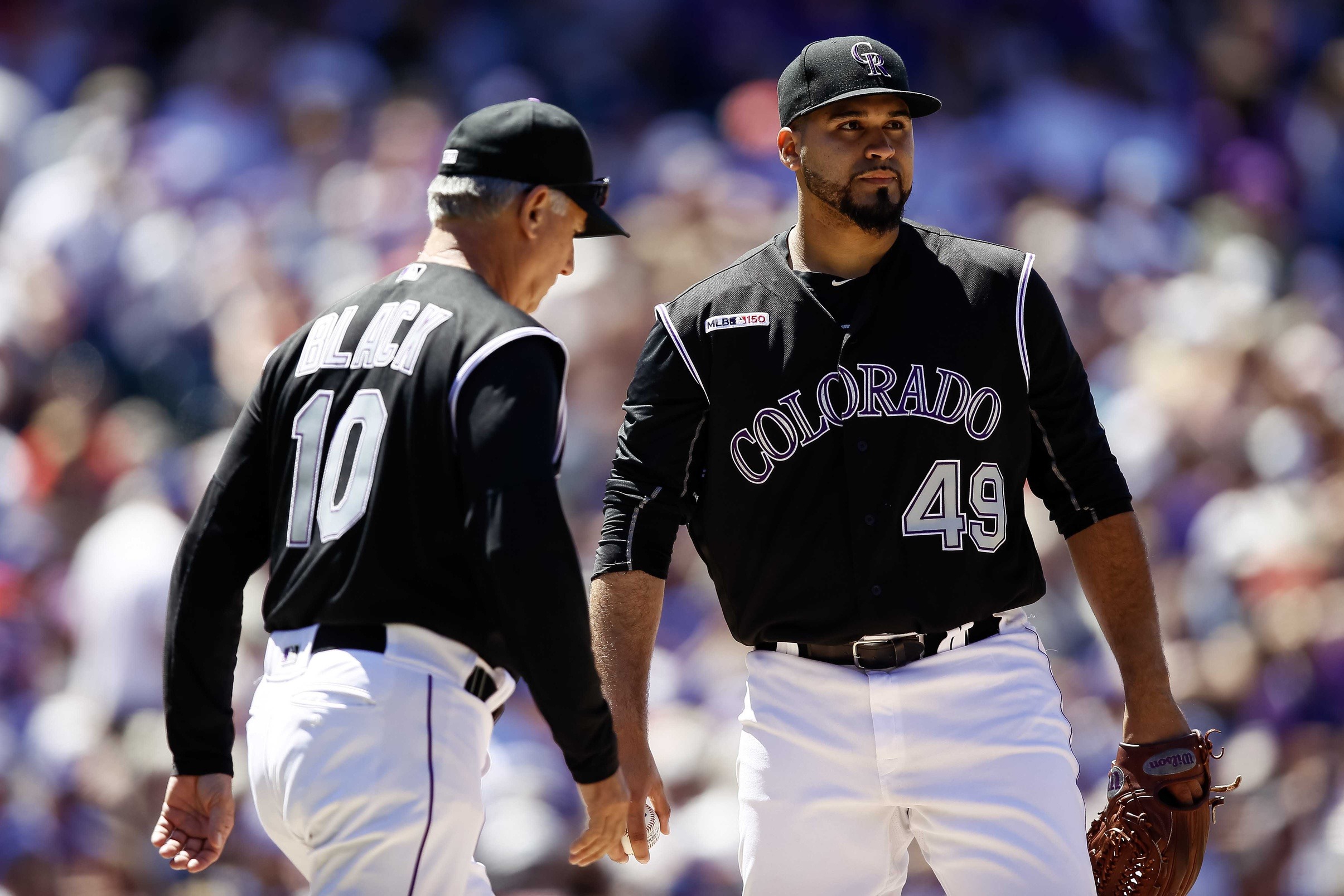 When thinking about the all-time greatest Colorado Rockies players and managers in the club’s relatively brief history, a short list immediately comes to mind from the past 29 seasons.

Larry Walker, Todd Helton, Troy Tulowitzki, Carlos González, Nolan Arenado and Charlie Blackmon comprise the player side with each man having spent at least eight years in Denver. Only seven managers have ever donned the purple pinstripes, but the most notable are Don Baylor and Clint Hurdle, the only two with six or more seasons at the helm.

With his sixth Opening Day with Colorado coming in 2022, it will be time to add Bud Black to that list of all-time greats in regards to length of tenure.

The overlap between those six players and three skippers isn’t as much as one would think.

Christy Mathewson won 352 games with close friend John McGraw as his manager. Chipper Jones played all but his final two seasons with Bobby Cox writing the lineup card each day. It’s a similar tale for Sparky Anderson and his shortstop Alan Trammell, minus the first two seasons.

Helton, known by the world as Mr. Rockie, had six different managers during his 17-year career: Baylor, Jim Leyland, Buddy Bell, Hurdle, Jim Tracy and Walt Weiss. Everyone except Black.

His lengthy career, coupled with Hurdle’s reign for parts of eight seasons is the most by any manager-position player combo. Aaron Cook, who pitched with Colorado for 10 seasons, also spent eight years until the tutelage of Hurdle.

Walker and González, who spent 10 and 12 years with the organization, had a similar situation to Helton in regards to multiple managers. Those two Mile High icons had four different skippers. RHP Mike DeJean, RHP Jhoulys Chacín, RHP John Thomson also had four, with Thomson deserving some spotlight as his four managers came in only five seasons with Colorado.

Curiously, it’s Jay Payton who is the only Rockie to have as many managers to count as he does seasons with the franchise, three in three: Bell and Hurdle in 2002, Hurdle in 2003 and Jim Tracy in 2010.

Andrés Galarraga spent half a decade with the Rockies, all under Baylor’s helm. The two were synonymous with the organization as it grew from nothing to an expansion team to a postseason participant in an incredibly brief amount of time.

It was also five years for OF Ellis Burks, RHP Darren Holmes, RHP Kevin Ritz, LHP Bruce Ruffin, RHP Mark Thompson, OF John Vander Wal and 2B Eric Young Sr. under the watchful eye of Baylor and only Baylor. (Dante Bichette, Vinny Castilla and Curt Leskanic played for six seasons with Baylor, but also worked with Leyland in 1999. Castilla’s two comebacks in 2004 and 2006 were during the Hurdle’s managerial period.)

2B Jeff Baker’s run with the club, 2005-2009, came entirely during the Hurdle regime. He spent five years in Colorado with Hurdle and was traded to the Chicago Cubs in 2009 about a month before the new special assistant to the general manager was given his walking papers to make way for Tracy.

However, longest stint for a player who had just one manager during his time with that franchise is LHP Mike Muñoz. For six seasons, from 1993-98, Baylor and Muñoz were mainstays in Denver’s dugouts, both Mile High Stadium and Coors Field.

Black and a cadre of young players have a chance to expand that list in a major way next season.

When Harry Ralston Black was originally hired ahead of the 2017 season, he took over the youngest roster of pitchers in team history, averaging just 27.0 years of age. On the batter side, there was also an influx of young players who would make the leap to the Majors.

Debuting in 2017 was a strong core of players still on the roster some six years later: LHP Kyle Freeland, RHP Antonio Senzatela, 3B Ryan McMahon and LF Raimel Tapia. All four will join Muñoz as having only one manager while with the Rockies.

In addition to Helton and Cook, Hurdle also had Clint Barmes, Garrett Atkins and Brian Fuentes on his roster for seven seasons, while Brad Hawpe was with him for six.

RHP Germán Márquez and RHP Carlos Estévez debuted in 2016 make two more players who will be with Black for six seasons at the start of 2022.

To recap, playing for the same manager for six seasons or more happened with five players for Baylor and six players for Hurdle.

When including the 11-year veteran Chuck Nazty, altogether are seven Rockies who will play under Black for their sixth season.

In October, Senzatela signed a five-year extension to keep him with the Rockies. If Black retains his position through that time, the decade-long combination of Senzatela and Black would surpass the eight-year spans for Helton and Cook with Hurdle.

Let’s hope there’s a World Series appearance during that time, too. 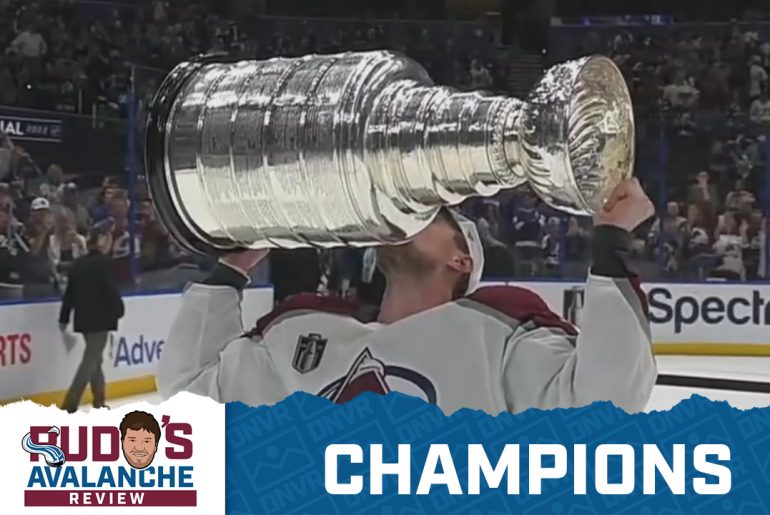 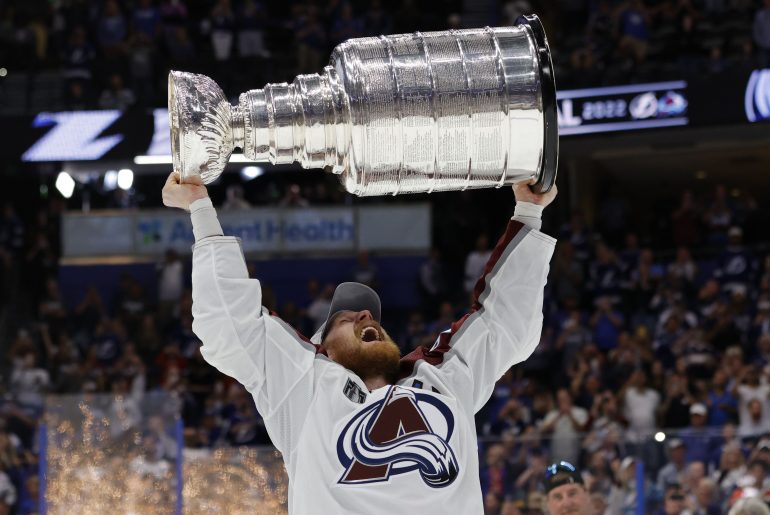