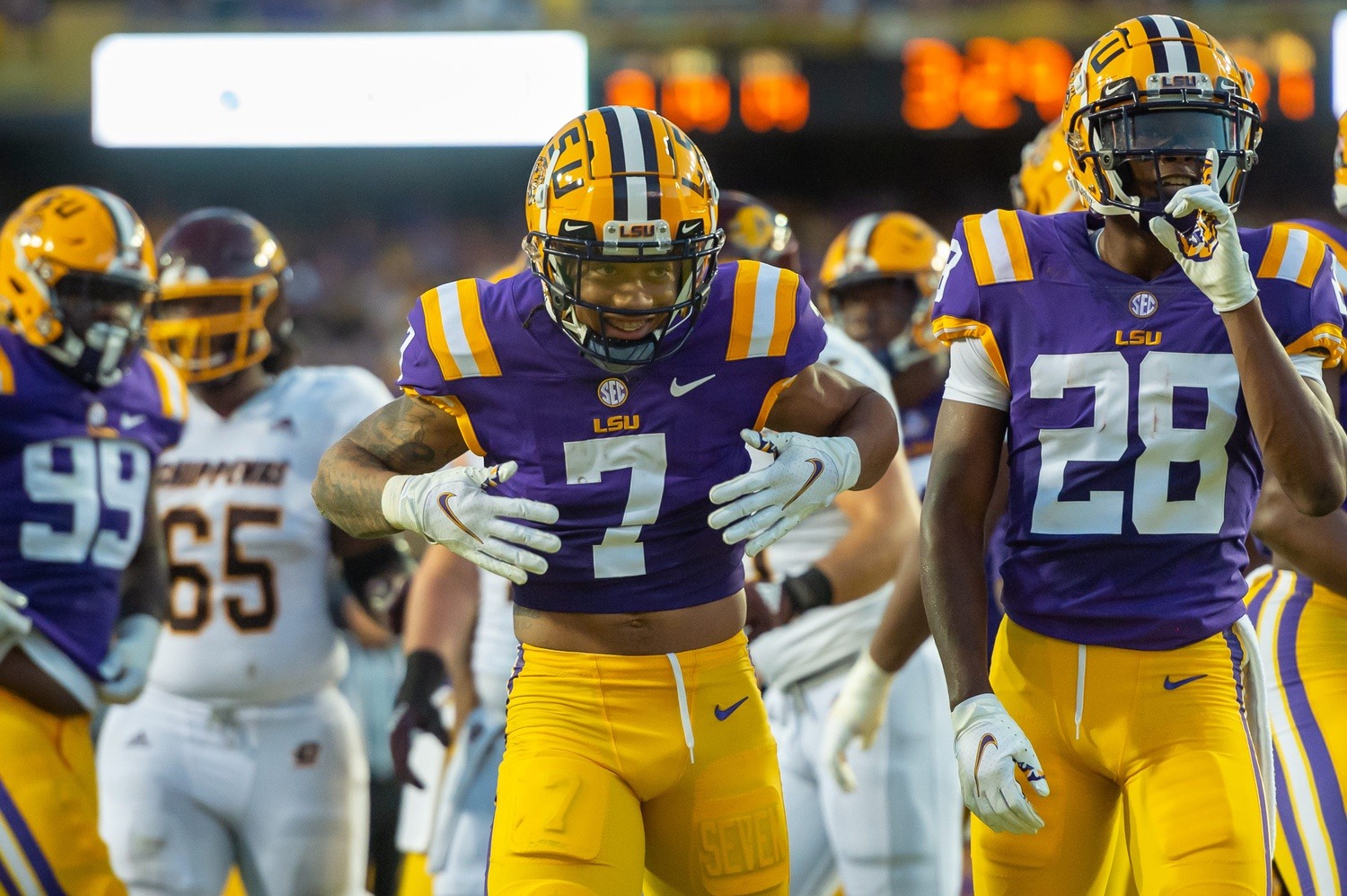 The NFL Draft is only a day away which means it’s time to jump onto Draftkings Sportsbook’s 2022 NFL Draft Props and take advantage of all the late movement this week.
The DNVR Draft Podcast has been on top of this 2022 Draft class analyzing players, landing spots, and potential chaos that can unfold for the last year.

Now’s a key time in the draft process to decipher the truths from the lies, making this a big time of year for bettors who are paying attention. Without further ado here are Jake Schwanitz and Andre Simone to walk you through it all.

Jake: The Steelers signed Mitchell Trubisky in March and I simply don’t believe that the Steelers are going from noodle-armed Big Ben to the erratic Trubisky as their starter. Najee Harris was heavily linked to the Steelers throughout the pre-draft process last year and ended up being Pittsburgh’s selection at 24 overall. Willis is the most athletic and mobile quarterback prospect and has one of the strongest arms in this class to boot. His skill set is in line with Trubisky’s and would allow the Steelers’ offensive scheme to remain relatively consistent, more so than hometown talent Kenny Pickett’s.

Jake: The ghost of Al Davis has managed to find his way into the front office’s around the league the last five years as the NFL has put an emphasis on drafting the fastest receivers very early, if not first. Jaylen Waddle was drafted 6th overall right behind Ja’Marr Chase last year. Henry Ruggs was the first receiver drafted in 2020 and Marquise Brown in 2019. Williams tore his ACL in the National Championship game and despite not being able to run at the Combine or Alabama’s Pro Day, the national media insists that Williams will still be taken early in the first round.

Jake: The 2022 QB class has been scrutinized going back to the summer of 2021 with Draft fans and NFL teams hoping a consensus top QB would be anointed. Kenny Pickett seemed to be first in line to take the 2022 QB1 crown but his age, hand size and lack of top-end traits could be the reason the former Pittsburgh Panther waits longer than Ridder on Thursday. Ridder’s stock has only improved since he last suited up for the Bearcats after playing well at the Senior Bowl and a good performance at the NFL Combine. Matt Miller and Jordan Schultz have both reported that they expect Ridder to go higher than many people project.

Andre: This is a stay away for me but the juice on these odds stood out. 2022 is a weak quarterback class, most of the offseason the only first-round buzz has been around Malik Willis and Kenny Pickett and yet a third QB to go in the top 32 is at -200. If you’re expecting the QBs to fall, think again.

Jake: Icky Ekwonu and Evan Neal have been the consensus top two offensive line prospects going back to January. After those two, the battle is between Charles Cross, Tyler Linderbaum and Trevor Penning. Penning started at left tackle for FCS Northern Iowa the last three seasons where his tremendous size and bully mentality were overwhelming for Northern Iowa’s opponents. While he is a raw prospect overall, I believe that an NFL team will fall in love with Penning’s potential and take him over some of the draft’s cleaner offensive line prospects.

Andre: You can get this boosted at DraftKings from +150 to +200 to essentially gamble on football coaches being, well, football coaches. There’s no such thing as enough offensive lineman and in a year where you have five locks (the top-four tackles and Zion Johnson) plus Kenyon Green, Tyler Linderbaum and an array of surprise tackles that could sneak into the back end of round one, this feels like an even money bet that you’re getting at 2-to-1 odds.

Jake: Sauce Gardner is an incredibly clean prospect and has lived in the top 10 of mock drafts for months. But Derek Stingley Jr. has managed to improve his stock after running a 4.37 40-yard dash at LSU’s Pro Day, proving that Stingley is ready to regain his 2019 form after injury-riddled seasons in 2020 and 2021. LSU has become DBU in the NFL and Stingley is LSU’s most talented defensive back to enter the draft since Tre’Davious White in 2017. Originally, the value bet here was taking Sauce Gardner as the 2nd cornerback to be drafted but that’s moved so much in the last three days that we’re switching it up.

The case for Stingley going top 3 has been building tremendously over the last few weeks. Draftkings also has Stingley’s over/under Draft position at 7.5 if you want to play that line. If you want to try your hand at picking the top 3 in exact order, we like Walker, Hutchinson, Stingley at +300.

Andre: Piggybacking off of Jake’s pick here, the rumors are intensifying on Stingley going top three this week and the highest upside corner could easily go at picks four and five as well. Shutdown cornerbacks don’t grow on trees and Stingley is the rare prospect with that type of upside. At +150, in a more volatile class than most at the top this feels like great odds.

Jake: Travon Walker has had one of the most incredible rises a prospect has ever had throughout the NFL Draft process. Draftkings has officially moved Walker to -275 to be the first overall pick on 4/21. While the thought process remains consistent with Jaguars General Manager Trent Baalke’s track record when it comes to picking at the top of the draft, as a Draftnik and diehard college football fan, it is mindblowing to think that Walker could be picked over Aidan Hutchinson, Kayvon Thibodeaux, Icky Ekwonu or Evan Neal–Ekwonu is +450 to go one overall while Neal is a shocking +2500. While it’s improbable that Walker stays on the board longer than all four prospects, the Jags could certainly be entertaining the thought of taking one of those four players over Walker despite the recent buzz.

Andre: This play follows a similar logic to the O/U Round 1 offensive lineman; coaches can never have enough corners, bet on that. There are three locks to go early in round one, then you’ll have the second half of the round to root for Andrew Booth Jr., Kyler Gordon, Kaiir Elam to be selected, without mentioning any surprises at the end of the round.

Jake: College football has been pipelining tremendous young talent at the receiver position to the NFL at a staggering rate over the last three seasons. While 2022’s receiver class may not be as deep as 2019 or 2020s, the talent at the top remains consistent. Garrett Wilson, Drake London, Jameson Williams and Chris Olave all seem like first-round locks and receivers Jahan Dotson, George Pickens and Christian Watson have also received first-round buzz. Burks’ stock has taken a bit of a hit after the former Razorback ran a 4.55 at the NFL Combine. While Burks’ size, versatility and production will be the reason a team takes him in the top 40, 23rd overall or earlier just seems too rich for me.