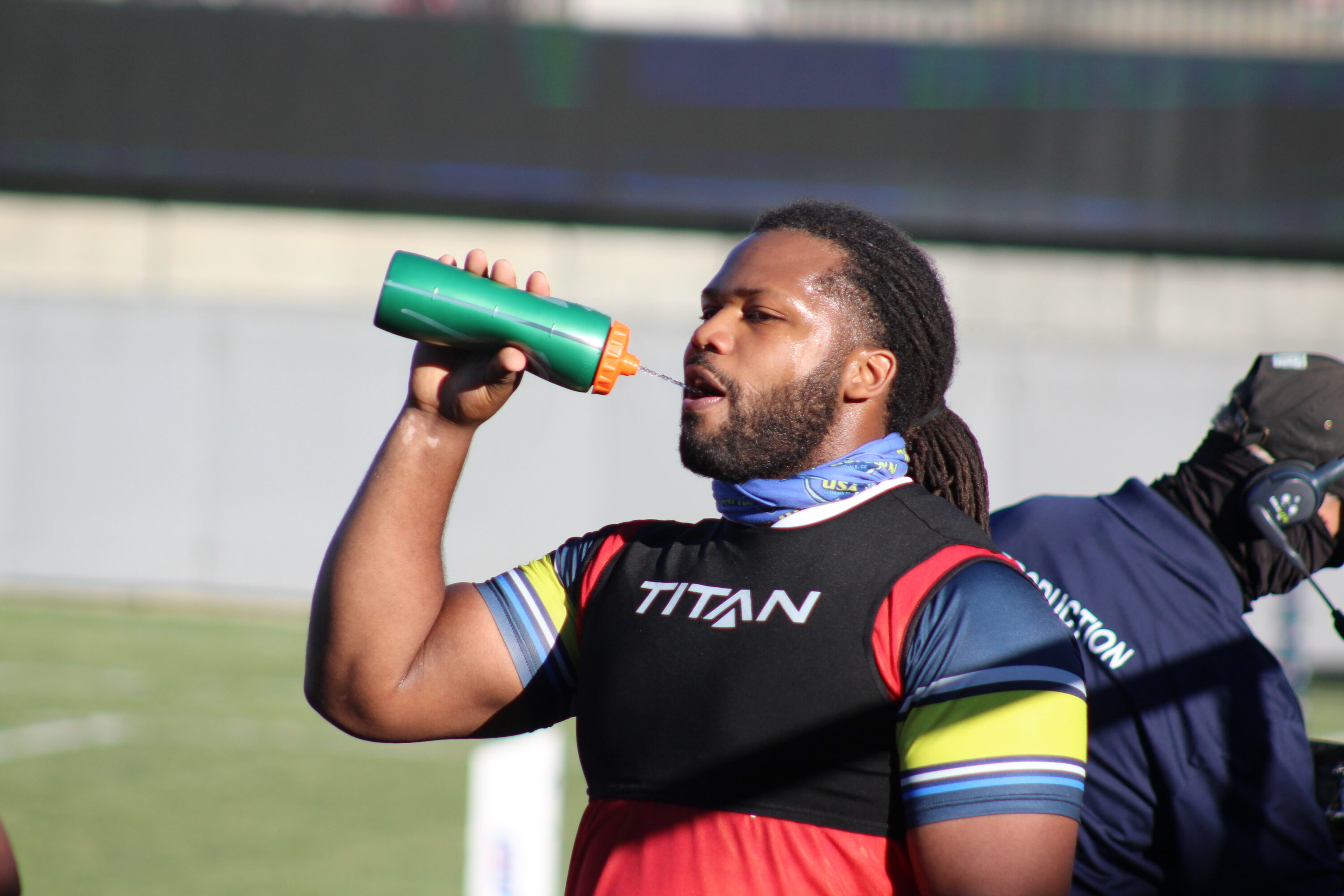 After a couple of contact-heavy sessions on Wednesday, Thursday morning’s first field session focused more on drawing and passing as the RugbyTown Crossover Academy kicked off what would be a little lighter workload for the fourth day of the camp.

The central ideas and teaching points of the camp were on full display on Thursday morning as the three groups ran through several different draw-and-pass drills that included contact from players holding bags.

In addition to teaching the players how to manipulate defenders using the ball, head coach Pete Borlase worked hard to drive home the point of communication as well.

Lasting just over an hour, the morning session was much shorter than it had been during the first two days of camp. The first skills session ended around 10:15 A.M, and the players headed off to their first film and classroom session of the day before breaking for lunch.

Keeping up with the same schedule that they’ve worked off of through the first two days of camp, they hit the pitch again in the afternoon for a field session that lasted a touch longer than the first one of the day.

Like the morning one, though, this one was also a bit shorter than it had been in the past. During the afternoon practice, the focus shifted to the basics of phase play.

This period incorporated all of the lessons and skills that the program was designed to introduce these athletes to, and this was the first real look at phase play for the entire week. In their groups of three, they worked through phases without a defense and they did so with the same intensity they had all week.

Passing and depth continued to improve. Communication – which was another focal point in the afternoon session – improved, and things looked a little crisper than they had at the beginning of the week.

Following the phase play, they again split off into forwards and backs. The forwards worked on lineouts and scrums while the backs worked through patterns and phase play with defenders this time.

For never forming a scrum, it looked and sounded good. Guys continued to ask good questions, expect the best from themselves and their teammates, and have had fun in the process.

After around a half-hour of forwards and backs work, they headed off the pitch and up to grab dinner before concluding the day with a final meeting and film session.

Friday will consist of a longer session in the morning, followed by individual meetings with all of the players that attended the camp.