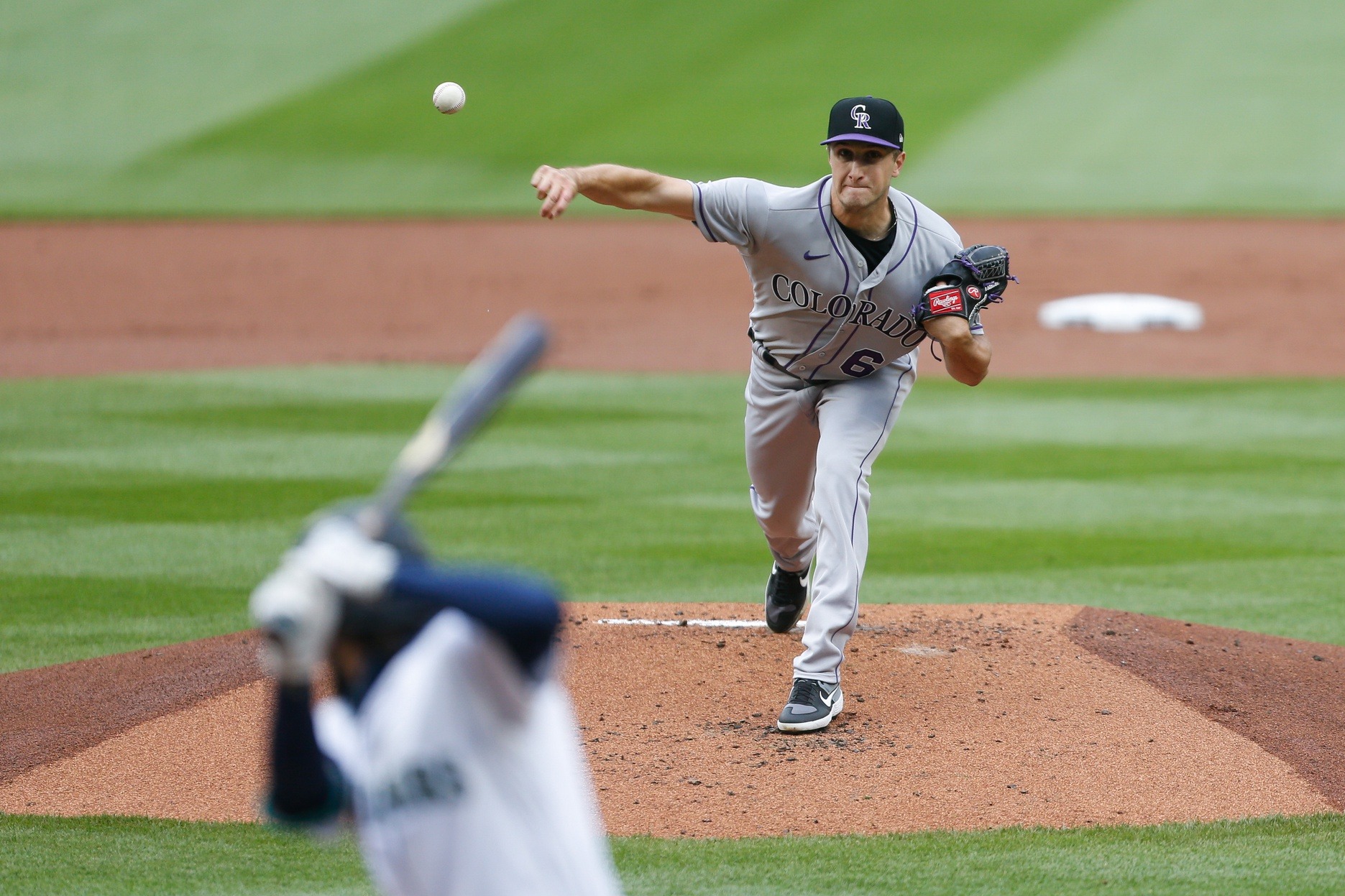 In a performance with an overabundance of firsts, the Major League debut of RHP Ryan Castellani was missing one basic element: one hit surrendered.

Between an extremely abbreviated season, the cancellation of Minor League Baseball, no expanded September rosters and a clubhouse that has almost entirely returned from 2019, the possibility was slim for even a single debut for the Rockies.

While the 24-year-old had lost some of his prospect shine the last few year, the 2014 2nd round pick had revitalized his stock after correcting his delivery and returning to full-strength following the removal of bone chips from his elbow.

On Saturday night, the typically magical debut became a spellbinding one.

By the time he left the game after 60 pitches and four-plus innings of work, he had yet to surrender a base hit. He actually entered the fourth with a perfect game before plunking Dan Vogelbach.

Jeff Hoffman came through in relief by preserving the shutout after entering with two runners aboard and no outs. He’d eventually give up a single to J.P. Crawford in the sixth before leaving with another scoreless outing: 3 IP, 1 H, 0 R, 1 BB, 2 K.

Yency Almonte and Phillip Diehl continue to toss up goose eggs on the board as Colorado combined for only it’s sixth one-hitter in franchise history.

On offense, it came in a flurry of four runs in the fifth thanks to a bases clearing double by Charlie Blackmon to drive home Ryan McMahon (double), Garrett Hampson (walk), and Trevor Story (single).

Story and Daniel Murphy each had a run batted in during their multi-hit night.

Striking out the leadoff hitter on three pitches was a fairly good indicator of things to come. There was no way to know it would be historic.

Castellani is just the second Rockies pitcher to retire the first 12 batters he faced in his MLB debut following Tyler Matzek’s start on June 11, 2014 when the now Atlanta reliever retired his first 13

Moment of the Game: Blackmon bops and doesn’t stop

The double helped provide all the offense the Rockies would need in the historic game. Blackmon may love to hit at Coors Field, but he’s 6-for-8 with two walks the last two days in Seattle. A moderate day at the plate on Sunday should put him in sole possession of first place in batting average and OPS in all of baseball.

After popping up with the bases loaded to go 0-for-12 with runners in scoring position this season, Nolan Arenado couldn’t get a break when he popped up again in the eighth. This time, it was a foul ball drifting ever-so-slightly out of play until Mariners’ first baseman Evan White ran a long way to make the diving, over the shoulder grab to drop Arenado to .185 on the season.

Colorado gets complete win behind Marquez and sustained offense

Nathan MacKinnon is becoming the face of the NHL