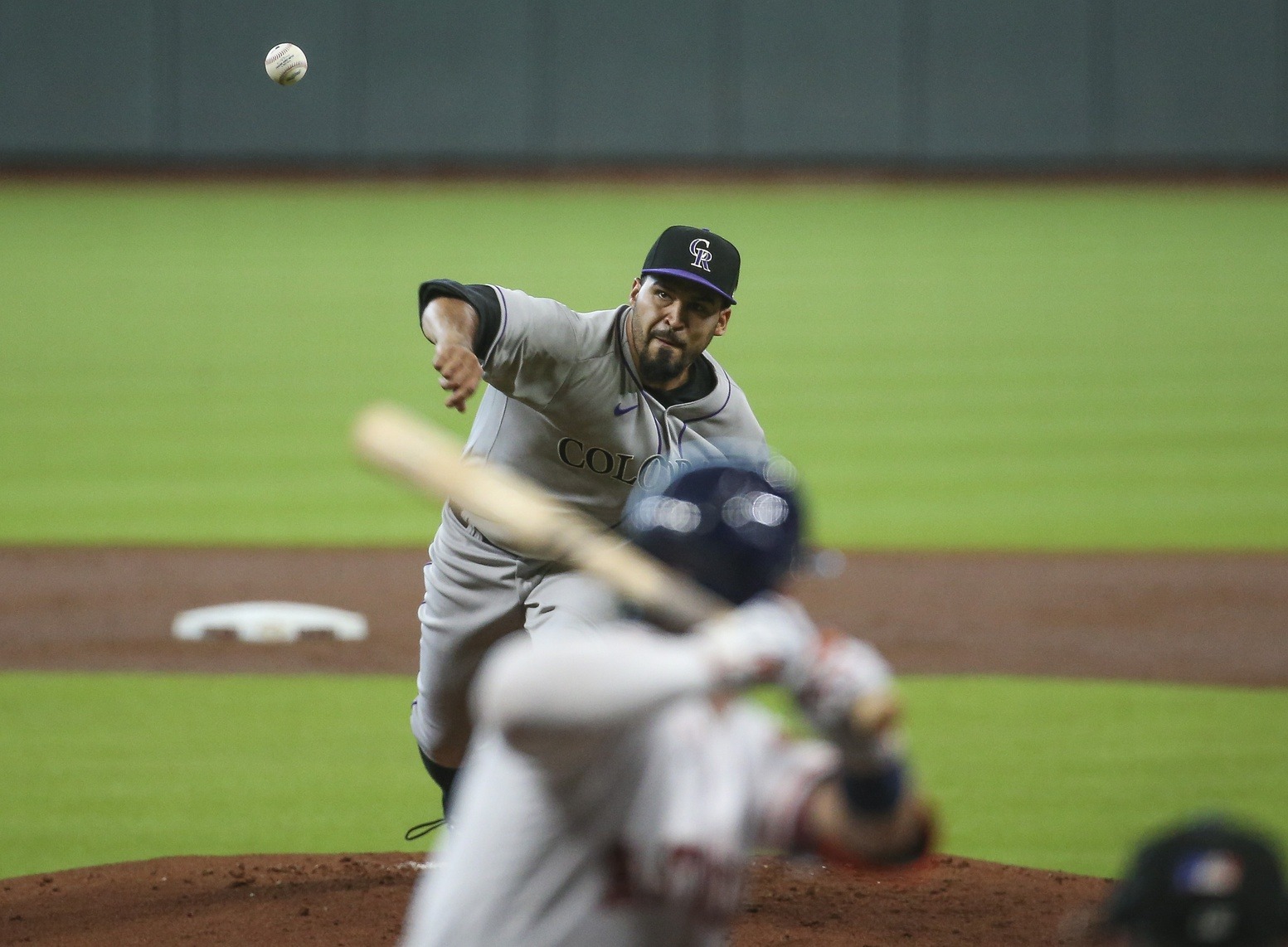 Rockies wrenched by loss in extra-innings after Senzatela spins beauty

In the first extra-inning affair of the season, impressive performances from two of the lesser recognized Rockies were wiped away as the Astros came away victorious, 2-1.

Myles Straw delivered the final blow for the walk-off winner in the 11th against Jairo Díaz, who was placed in the no-win situation.

With the likes of such pitching luminaries as Yu Darvish, Blake Snell and Masahiro Tanaka on the hill Tuesday, ace Zack Greinke was matched by Antonio Senzatela in every possible way through the bulk of this game.

Greinke set down the final 14 batters he faced. Senzatela retired 13 out of 14.

Daniel Bard had a quick ninth before Trevor Story became the first designated runner on second base in team history to start the 10th.

Charlie Blackmon hit a fly ball that allowed Story to move up to third base before Nolan Arenado failed to get comfortable and struck out.

Daniel Murphy was given the intentional walk to bring Raimel Tapia to the plate. The 26-year-old was challenged in a major way and the one known as El Cangrejo delivered with a line drive single to center to put ahead Colorado, 1-0.

Houston made quick work of Yency Almonte in the 10th with a single by Yuli Gurriel that moved up the designated runner Alex Bregman to put runners on the corners. Kyle Tucker’s sacrifice fly tied it up at 1-1 before Almonte finished the inning without giving up the game.

Player of the Game: Senzatela –

Since his debut in 2017, Senzatela’s 50.6% ground ball percentage ranks fifth in the National League (min. 300 IP). It would be more of the same at Minute Maid Park.

He allowed a leadoff base runner in the third when he plunked Abraham Toro. Two batters later, Jack Mayfield grounded into a textbook 5-4-3 double play.

A pair of two-out singles in the fourth to Alex Bregman and Yuli Gurriel were the Astros’ first of the game, but Kyle Tucker followed with yet another grounder.

Moment of the Game: 2-1 pitch to Story is called ball

Colorado was primed to score again in the 11th when Sam Hilliard drew a base on balls and Tony Wolters executed a sacrifice bunt to put runners on second and third with only one out.

Garrett Hampson could not put the ball in play which brought Story to the plate and in search of another memorable moment in Texas.

Unfortunately, home plate umpire Doug Eddings prevented this from happening by calling a strike on a pitch four inches off the edge of the plate. Instead of a 3-1 count, it was 2-2. Major difference.

Andre Scrubb threw a knuckle curve that Story could not handle and the strike three ended the Rockies threat.

The six-time National League Gold Glove Award winner at pitcher fielded a soft ground ball slapped by Nolan Arenado with Charlie Blackmon on first base and no out. Greinke made the 1-4-3 twin killing look easy during what was ultimately Colorado’s best scoring opportunity.

From this point on, no Rockies’ hitter would reach first base safely.