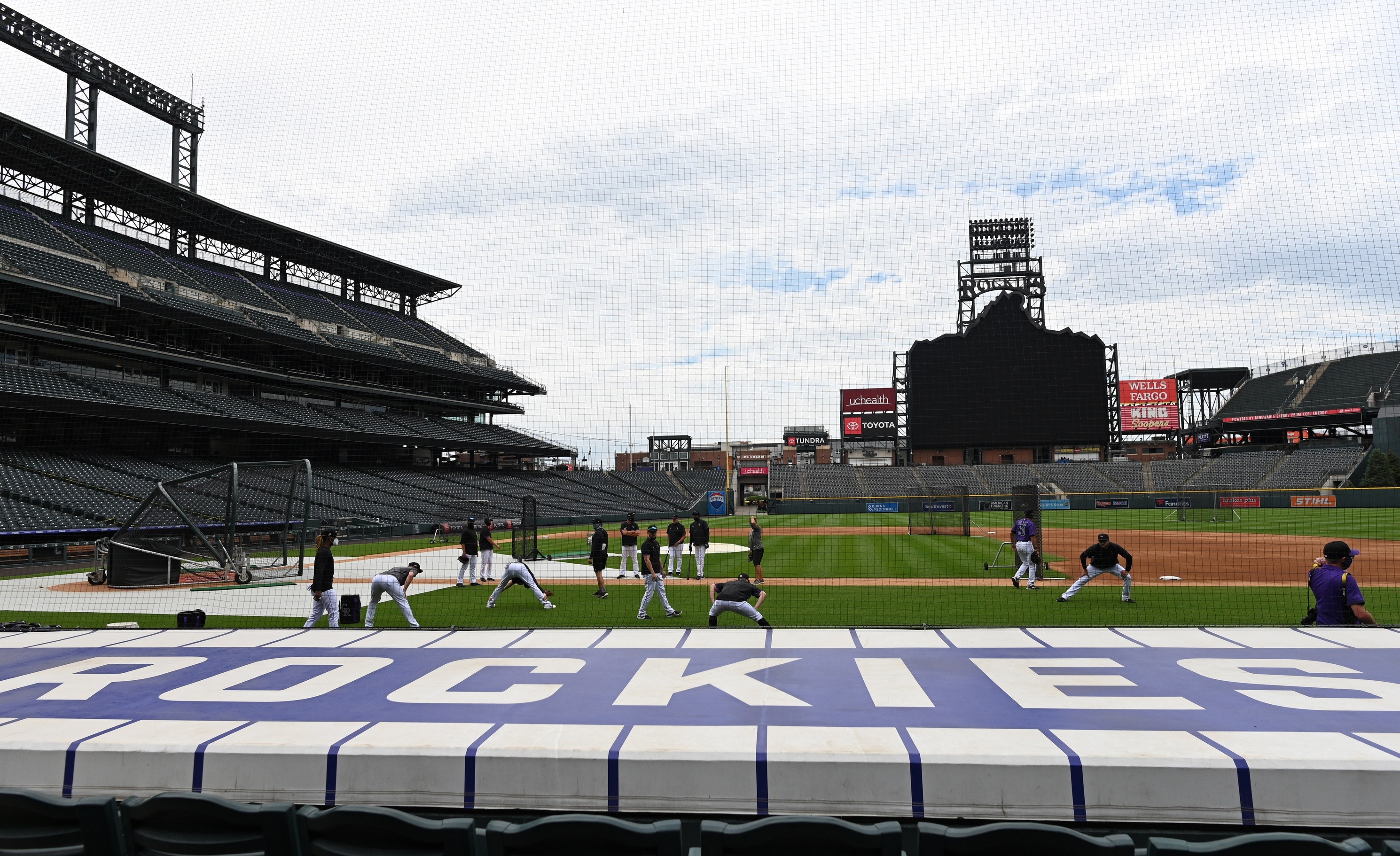 Following a night of amateur firework displays around the city to commemorate Independence Day, the professional variety took place during batting practice at Coors Field on Sunday for day two of Rockies summer camp.

In the morning, pitching coach Steve Foster spoke with media about the limited preparation of his pitchers required for an abbreviated season.

“Right now, we’re on an aggressive approach,” shared the sixth-year pitching coach. “Even though it’s short and the preparation is what prevents panic, we’re going to be well prepared. We’re going to use a piece that we always do. We’re going to get the starters in a routine, they’re going to go every five days or six days, depending on off days. And we’re just going to gradually get them to where they’re able to go as long as Buddy needs them out there on the field so we.”

Manager Bud Black revealed that not all players on the 60-man roster are actually in camp at the moment.

“There were some hang ups with some travel. Some of the guys were hung up for whatever reason… I think (Alexander) Guillen is en route, I believe Elías Diaz is en route. They’re clearing some hurdles that a lot of players across the league have had. I think you can throw (Jairo Díaz) in that group, too.”

Phillip Diehl and Bryan Shaw kicked off the morning’s festivities with bullpen sessions and were followed closely by new 40-man roster righties Ashton Goudeau and Antonio Santos, both of whom made their Coors Field debut with the latter stationed on the mound at the center of the LoDo ballpark.

The highlight of the day was the first live matchup between pitchers and hitters. German Márquez, Kyle Freeland and Antonio Senzatela all took a turn against their teammates.

Learning from yesterday’s gruesome incident that sent Yankees’ pitcher Masahiro Tanaka to the hospital after taking a line drive off the skull, the Rockies utilized an L-screen in order to prevent a similar incident.

As if accidents can’t be avoided, Márquez sent one a little too up-and-in against Nolan Arenado, sending the five-time third baseman scurrying from the batter’s box.

Most at-bats were uneventful, other than a no doubt home run by utility player Chris Owings off the newly-slender Senzatela.