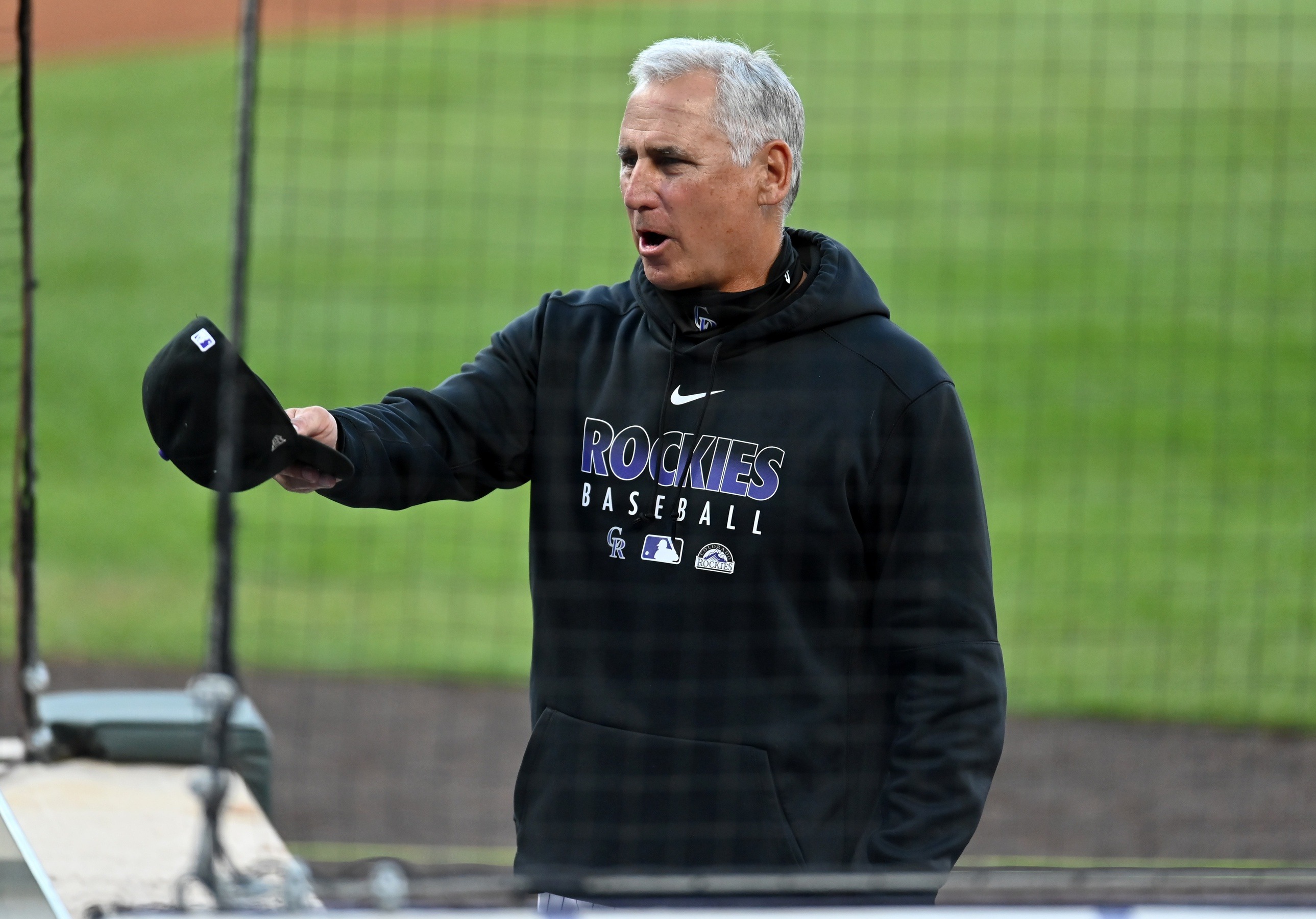 Nearly two months after the final out of the World Series, someone forgot to tell Major League Baseball that the Hot Stove is supposed to provide some warmth during late December.

At least the Colorado Rockies are doing what they can raise the temperature.

Little has transpired this offseason by way of significant transactions, and more questions exist than answers following an abbreviated 2020 season that rewrote MLB’s rule book, both literally and figuratively.

The biggest move has probably been by the New York Mets who acquired a billionaire owner – or is it the other way around? – who has said all the right things and has begun to put his money in the location of his mouth – or did I get that wrong, too?

Queens’ finest did sign catcher James McCann at four years at $40 million, but no other free agent has received more than two years and $18 million.

On the trade front, the Texas Rangers have been active, sending out RHP Rafael Montero to Seattle and staff ace RHP Lance Lynn to Chicago (AL) via trades while bringing in 1B Nate Lowe from Tampa Bay and signing recent Rockies’ OF David Dahl.

The White Sox also reunited with OF Adam Eaton in free agency along with former manager Tony La Russa, who was last with the club in 1986 before every player on his roster was born.

From there, you might even make the case that Colorado has been among the next most active teams this offseason. According to their skipper, that’s clearly been the case.

“We’ve made a couple acquisitions,” Bud Black shared during a conference call with media last week. “We’ve acquired Robert Stephenson from the Reds, we picked up Yoan Aybar from the Red Sox, a big left-handed arm. So you know, we’ve been a little active on some things that are maybe under the radar, but I do know that (GM Jeff Bridich) and his guys and our organization is working every day.”

With the best quartet of starting pitchers in franchise history, Colorado could look to fortify the role of fifth starter behind German Márquez, Jon Gray, Kyle Freeland and Antonio Senzatela.

“We’re looking probably for a little bit more depth to go along with Chi Chi (González), (Ryan) Castellani and a rehabbing (Peter) Lambert. So a little, maybe, starting pitching depth is something that we’re looking at,” Black detailed before adding, “And also to fortify the bullpen.”

After a performance as the team’s closer that earned him the National League Comeback Player of the Year, Daniel Bard seems the only certainty from the ‘pen to carry over from a 26-34 season that saw Colorado narrowly escape the basement of the NL West.

Yency Almonte and Tyler Kinley had their moments, while Carlos Estévez and Jairo Díaz struggled to repeat their 2019 form. Staff veteran Scott Oberg was sidelined by injury for the entirety of the season and had surgery to remove blood clots in his pitching arm, but has resumed throwing off flat ground in recent weeks.

“You’re always on the lookout for relievers,” Black said. “Again, we’ve talked about maybe some left-handed relievers that if you latch on to somebody in that way, it’d be a nice fit for us. But a lot of times, that’s easier said than done.”

One left-handed option acquired last month was Aybar. The 23-year-old could battle for a spot in the bullpen along with two other recent 40-man additions, fellow southpaws Lucas Gilbreath and Helcris Olivarez, not to mention 26-year-old Phillip Diehl with 16 games of big league experience over the past two seasons.

Colorado could continue to pursue signing several marginal talents to minor league pacts in hopes that one or more catch fire. It worked in 2020 with Bard, catcher Elias Díaz, designated hitter Matt Kemp, as well as with super utility man Chris Owings, who played well through 17 games before an injured hamstring ended his season prematurely.

So far, six players have signed similar deals to strengthen areas of weakness with several more expected before the first round of arm circles takes place at Salt River Fields in Scottsdale. C José Briceño, 1B/OF Connor Joe, RHP González, RHP Dereck Rodriguez, and LHP Brian Gonzalez have all been quality non-roster invites that should add to the Rockies’ depth, in addition to Rule 5 Draft selection RHP Jordan Sheffield.

On the offensive side of the game, Colorado has a fearsome set of Charlie Blackmon, Nolan Arenado and Trevor Story to rival any other trio across the game. Beyond that may be some uncertainty, but one thing the club doesn’t lack is flexibility.

Ryan McMahon is capable of playing three infield positions, Josh Fuentes has shined defensively on the corners, and Garrett Hampson can play in the center of the field, both inside and outside the diamond.

“We have a lot of versatility amongst our roster. We can move some guys around. So whether it’s an outfielder, whether it’s maybe a right-side defender, we can maybe use another big bat if possible,” the fifth-year manager explained.

Though it may not exactly fit the profile Black described, OF Kevin Pillar seems an obvious choice that worked out quite well this past season. A trade deadline acquisition from Boston who provided consistency at the plate and on defense, Pillar has been a name still uttered this offseason throughout parts of Colorado’s inner workings.

While Black hinted at his club making more moves this offseason, the biggest topics when examining the roster are the subtractions that came as a shock to fans all across the Rocky Mountain region earlier in the month. The Rockies did not tender a contract to two key contributors to the club in recent seasons, C Tony Wolters and OF David Dahl.

“I think with Tony we saw a lot of growth. But we felt at that time it’s probably best to maybe go a different direction, potentially with Dom Nuñez behind the plate and other young catchers we have coming,” said the 63-year-old manager.

“David, I think that was a tough decision,” Black admitted. “These don’t happen overnight. They’re well thought out, there’s a process to them.”

Even more subtractions are feared, from even more talented players on the club, but Black feels confident two other integral players – Arenado and Story, both of whom could leave Colorado following the 2021 season – will stick around through the offseason.

“I anticipate them being on the team,” Black shared before detailing the science behind trade speculation.

With Opening Day scheduled for April 1 against the reigning World Series Champion Los Angeles Dodgers and a potential delay to the start of Spring Training due to ongoing complications due to the COVID-19 pandemic, Colorado has plenty of time and opportunity to shape the roster.

For Rockies fans, the hope is that this translates to additions only. 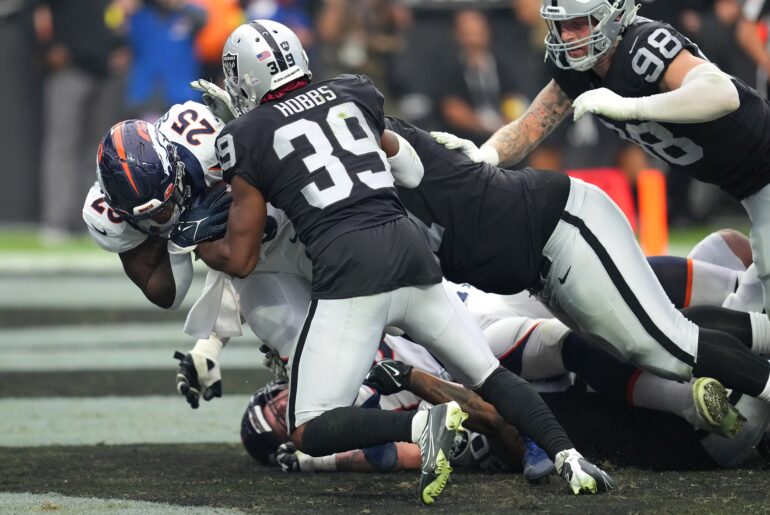 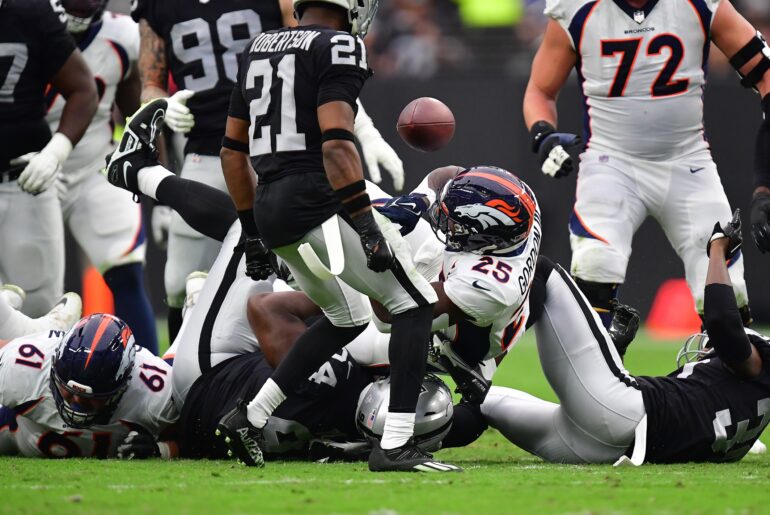 Five takeaways from the Broncos’ 32-23 loss to the Raiders