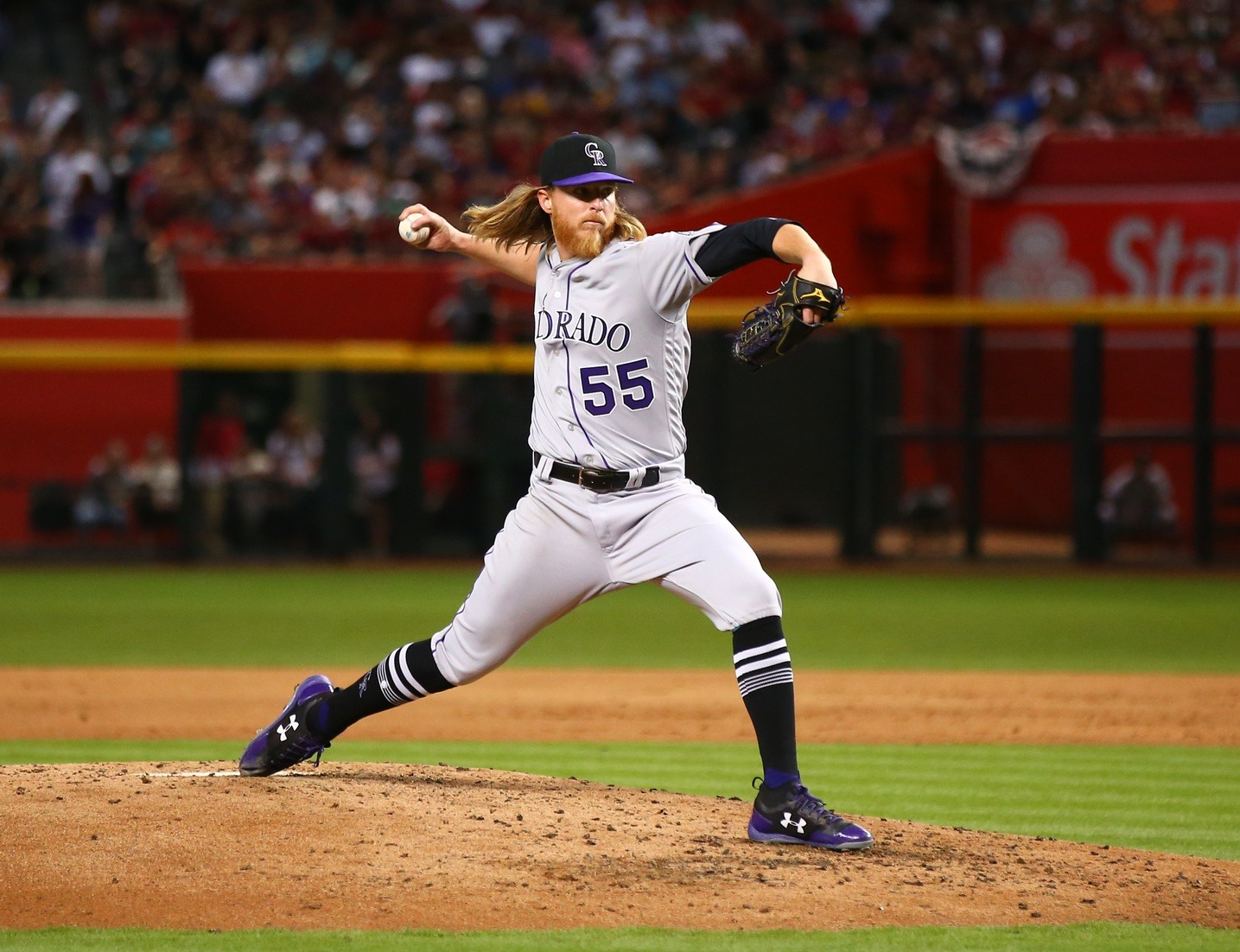 Rockies Rewind: March 29, 2018 – Another snake bite for Gray against Arizona

Coming off a successful 2017 campaign that saw the Rockies make the playoffs for the first time in eight years by winning the second National League Wild Card, your pals in purple picked up right where they left off for Opening Day 2018: Chase Field in Phoenix, AZ.

The 11-8 loss in the NL Wild Card game the previous season was a rollercoaster of emotions as Arizona knocking out staff ace Jon Gray en route to a 6-0 start through three innings before Colorado immediately responded with a four-run fourth, even coming to within a run of erasing the early deficit until trade deadline acquisition Pat Neshek surrendered a heartbreaking two-run triple to relief pitcher Archie Bradley.

Final result be damned, the Rockies were set to take another step forward in pursuit of back-to-back postseason appearances with Gray returning to the place where it all ended six-months prior.

Colorado jumped out early on a first inning solo blast from DJ LeMahieu in the first against DBacks’ starter Patrick Corbin. Following the season, both men would change their address – LeMahieu to the New York Yankees and Corbin to the Washington Nationals – and have a career year, nearly facing off again in the 2019 World Series.

The first inning lead did not last long as Gray struggled to miss bats in his return to the Sonoran Desert, loading the bases with consecutive singles and a walk before Jake Lamb doubled to score two and flip the advantage Arizona’s way. A third run via well-placed groundout was all the DBacks needed to put away the visitors.

Nolan Arenado added a bases empty homer of his own in the sixth, the third Opening Day home run of his career, tying him for the franchise lead with several other notable players. Jorge De La Rosa retired Gerardo Parra with the tying run on base to end the inning.

In his first season outside the Rockies organization since 2007, De La Rosa looked solid in his new role as a reliever after eleven years and over 200 games as a starting pitcher.

Gray’s troubles would continue throughout much of the season, even away from the Grand Canyon State. On June 30th, Gray was optioned to Triple-A on the heels of a 5.44 ERA and a 1.44 WHIP during the first half.

After two starts with the Albuquerque Isotopes, the Gray Wolf returned to recapture some of his prior form, pitching seven or more innings while allowing two or fewer earned runs in four consecutive starts from July 14 through August 5. It was the longest such streak since Jiménez pitched a franchise record seven such games in succession, May 3 through June 6, 2010.

The 2013 third overall pick from the University of Oklahoma also set a club record with a strikeouts per nine innings of 9.53 among pitchers with at least 30 starts.

The Rockies continued to roll out home grown starting pitchers through 2018. Per Elias, they became the first team to exclusively use starting pitchers who had never played for another club since the 2011 Tampa Bay Rays. 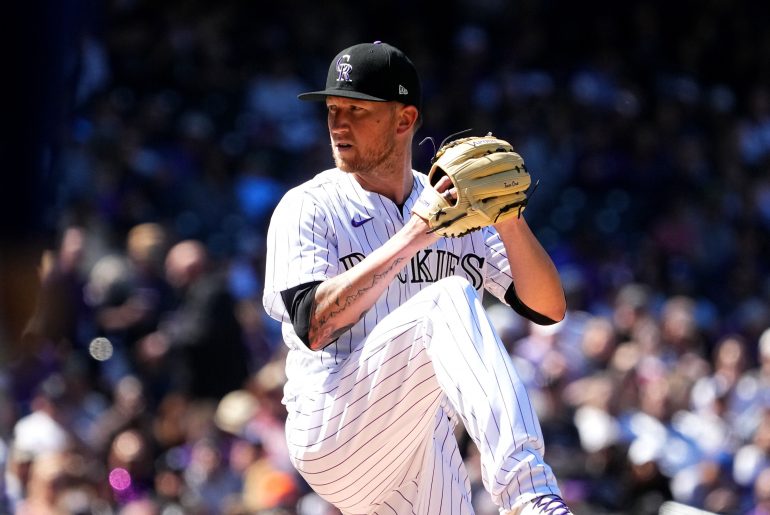 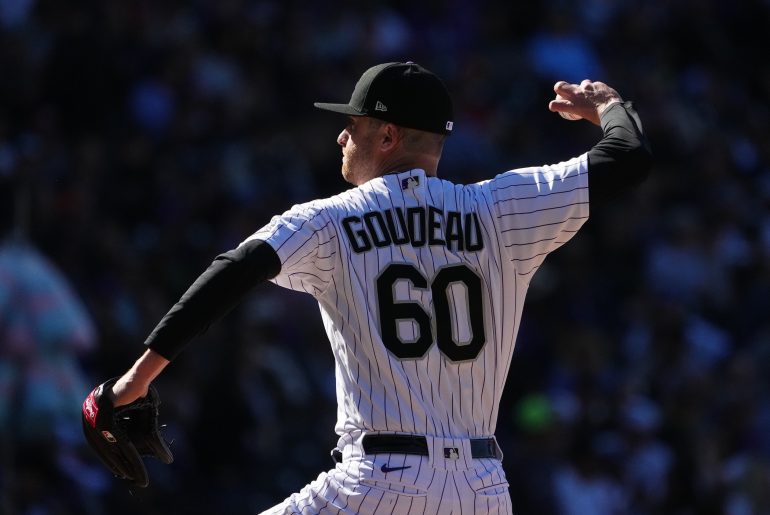 Banter From The Bench: Ashton Goudeau finds stability with the Colorado Rockies 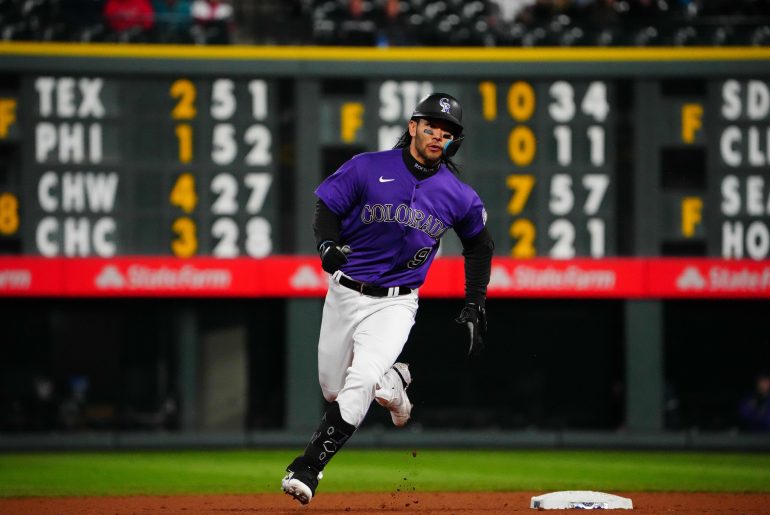