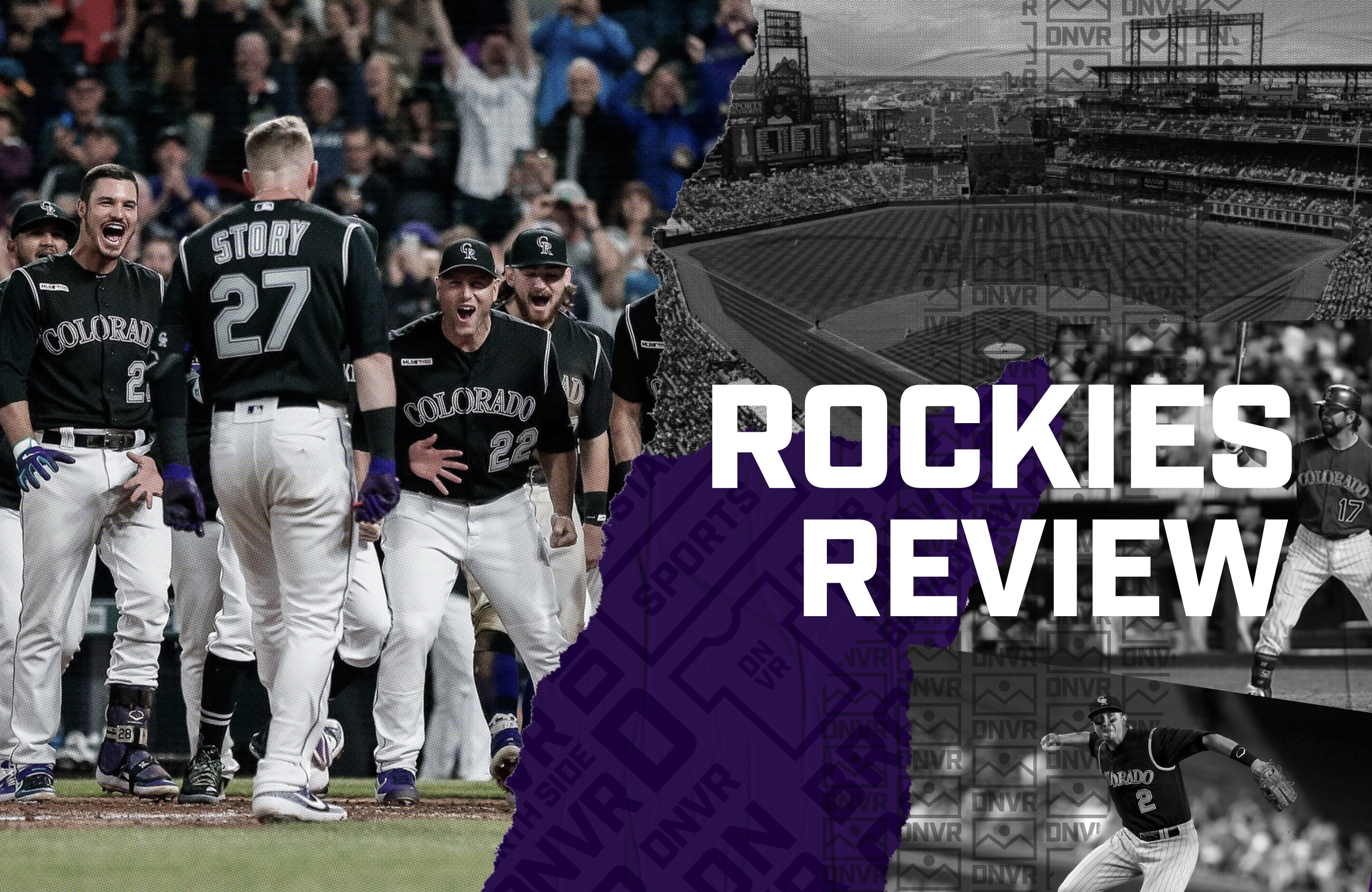 Rockies Review, Weekend of May 22-24: Records pile up for Rockies shortstop in walk-off winner

Following a magical Major League debut that saw the rookie hit two home runs, few could have expected Trevor Story to keep relative pace with prodigious power totals throughout the start of his career.

Yet, when one looks atop the leaderboard of all-time shortstop for least amount of games needed to hit 100 homers, Story’s name is highest among the greats.

While he may not have been the youngest to the century mark, he was the quickest, besting Alex Rodriguez (470 games) in his 448th game.

During the start to an electric 10 game homestand in 2019 that saw Colorado go 9-1, your pals in purple got behind the Orioles in orange before the duo of Story and Nolan Arenado bashed back-to-back homers to tie it at 6-6.

Not to be outdone, Story smashed a 2-2 offering in the 9th from Baltimore closer Mychal Givens to right field for the walk-off winner and his second long ball of the night.

Sparking his squad to the 8-6 victory, the 26-year-old was the first of four walk-offs during the 10-game spell at Coors Field, most in a single homestand in Rockies history.

At the end of the season, Story finished with 35 home runs to give him 123 for his career, most among shortstops in their first four seasons.

After a rough start to the 2011 season, Ubaldo Jiménez gave up only two hits against Milwaukee. Despite the strong outing, it remains the only franchise loss in a two-hitter as the Brewers won, 3-1.

In 2014, Jhoulys Chacin recorded a pinch hit in the fourth inning, the last time by a pitcher, in a suspended game that would later finish with a San Francisco win, 4-2, on September 1.

Brendan Rodgers notched his first multi-hit game of his career during a 3-for-5 performance with an RBI during Colorado’s 9-3 defeat of the Pittsburgh Pirates. Raimel Tapia began a career-high 12-game hit streak and Jairo Díaz makes his 2019 debut en route to topping all rookies in 2019 with five saves and 56 appearances, ninth-most among rookies in the Majors.

Two days after they mashed back-to-back home runs against the San Diego Padres, Larry Walker and Todd Helton did it once again. Their 5th inning blasts aid a 16-3 route over the friars in 2002.

In 2004, Hall of Famer Tom Glavine tossed a complete game one-hitter to shutout Colorado, 4-0, and even helped himself with an RBI-single off starter Shawn Estes.

Chris Iannetta made a throwing error on this date in 2009 during a 4-3 win in Detroit to end the longest consecutive errorless streak (158 games) for a non-pitcher.

In 1998, Bobby M. Jones surrendered two hits and a run over seven innings as Chuck McElroy and Jerry Dipoto finish off the two-hitter during Colorado’s 3-1 win in Cincinnati.

Dexter Fowler, Carlos González and Ryan Spilborghs recorded a hit in both ends of a doubleheader as the Rockies split with the Diamondbacks at Coors Field in 2011.

On This Date in Baseball History

In 1918, Hall of Famer Stan Coveleski of the Cleveland Indians earns a complete game win that lasts 19 innings and takes only three hours and 45 minutes.