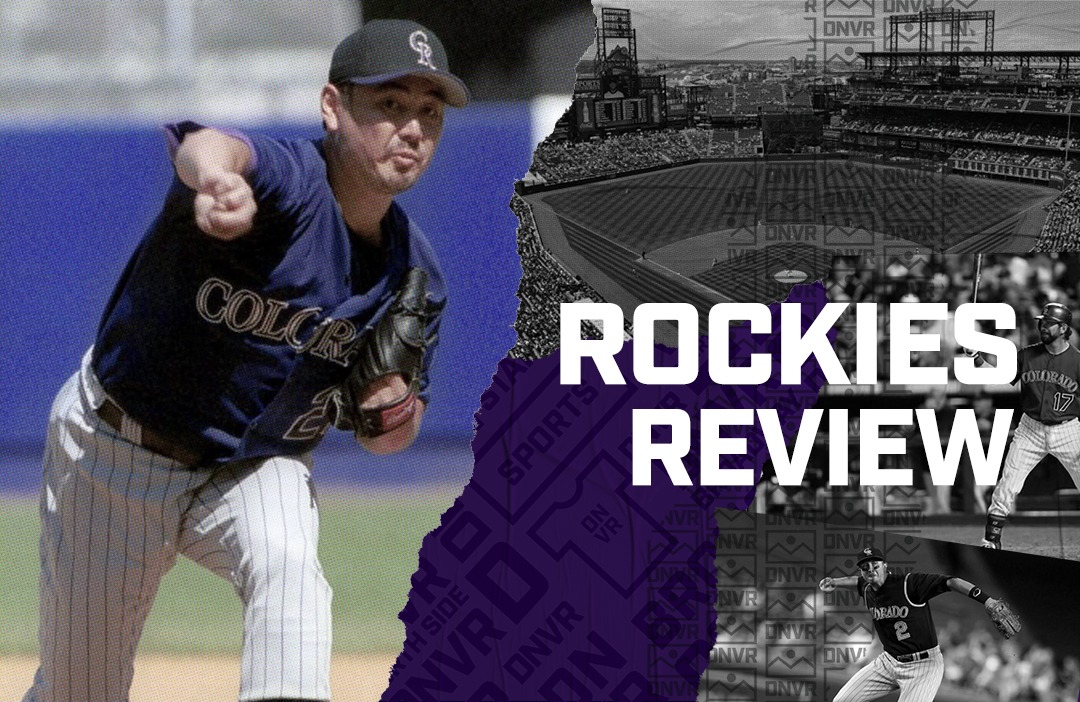 Rockies Review, May 25-26: Yoshii’s cookie puts him on island for all-time Rockies pitchers

When Hideo Nomo signed with the Los Angeles Dodgers in 1995 to become the first Japanese player in Major League Baseball since San Francisco Giants’ reliever Masanori Murakami (1964-65), he opened the proverbial door for all ballplayers in the Land of the Rising Sun.

One of those initial Japanese stars was Masato Yoshii, the seventh man after Murakami.

Despite a 5.86 earned run average over 167.1 innings pitched, Yoshii was worth 1.1 wins-above-replacement according to Baseball-Reference.

On this date in 2000, Yoshii hammered an 0-1 offering from Francisco Cordova of the Pittsburgh Pirates for a sixth-inning home run that snapped the shutout during Colorado’s 2-1 loss.

The long ball was just the 13th by a purple pitcher and seventh at home. To date, only 30 different Mile High hurlers have homered a total of 47 times.

Only two more players from Japan have ever suited up for the Rockies since Yoshii’s tenure. RHP Mac Suzuki joined Colorado in 2001 and Kaz Matsui became the first and only Japanese position player with the franchise during his memorable 2006-07 run.

On Memorial Day 2013, San Francisco Giants outfielder Ángel Pagán provided the fireworks with a two-run, walk-off inside-the-park home run to seal a 6-5 victory at AT&T Park over the Rockies.

At Citizens Bank Park, Philadelphia brutalized Colorado by batting around three times in a 20-5 rout. Chase Utley drove in six runs as the Phillies record 19 hits and score six runs in two separate innings in 2008.

Jason Jennings twirled a complete game two-hitter at Petco Park in the Rockies 5-0 victory in 2006. Matt Holliday went 3-for-4 with a home run and two runs scored.

During the great home run chase of 1998, Mark McGwire slugged his 25th homer of the season off John Thomson to become the first player with a quarter-century before June 1. The first inning dinger paced the Cardinals to a 6-1 win at Busch Stadium.

Colorado doubled-down on Memorial Day 2012 by scheduling a doubleheader against Houston. With scores of 9-7 and 7-6, the Rockies swept the Astros. In one of the best purple performances in a twin bill of all-time, Dexter Fowler combined to go 7-for-9 with a home run, three runs batted in and a walk-off triple in the 10th inning of the nightcap.

Nolan Arenado battered Baltimore with a season-high five runs batted in, but the Orioles defeated the Rockies, 9-5, on this day in 2019. With offensive outburst, the 28-year-old third baseman passed Troy Tulowitzki for sixth-most RBI in franchise history.

In 1959, Harvey Haddix retired the first 36 batters he faces, tossing 12 perfect innings in the process. The Pittsburgh lefty lost the perfect game on an error in the 13th inning and eventually loses 1-0 to Milwaukee on an apparent three-run home run by Joe Adcock. (Adcock passes Hank Aaron on the bases and his blast is ruled a double.)