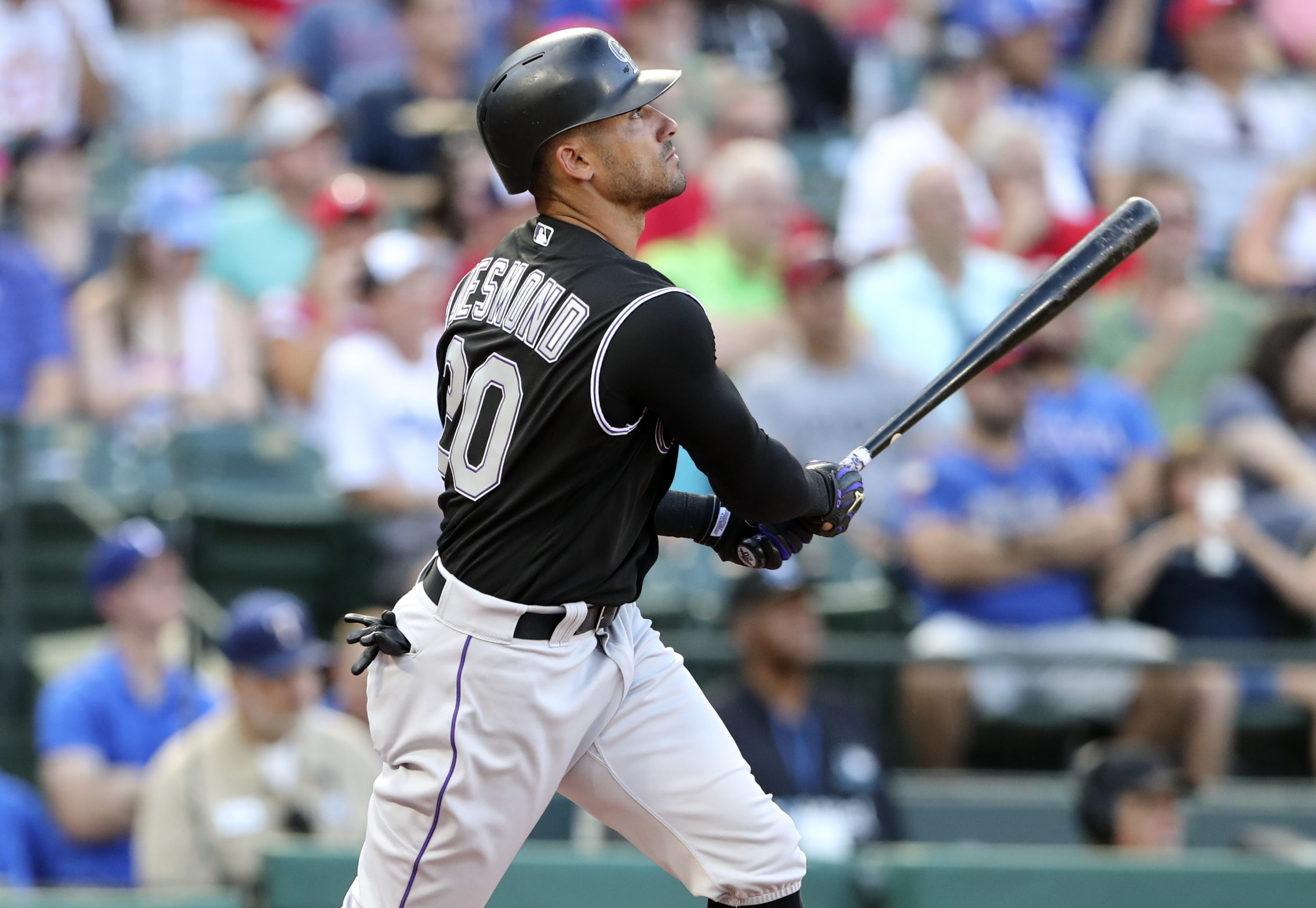 The Colorado Rockies have been in a rut and it looked like their spiral would continue when the Texas Rangers jumped all over them and starter Chad Bettis for five runs in the first inning.

But the offense struck back with the biggest single inning of the season for Colorado, plating six runs on seven hits to take the lead back. Bettis rebounded for a remarkably gutsy performance and the bullpen showed some signs of turning a corner, securing a 9-5 victory in the first game of the series.

Ian Desmond got things started, jolting some life into the offense by blasting a solo shot to left, a no-doubter. Tom Murphy kept his hot bat going with a single to center. He was replaced at first base by Gerardo Parra after a fielder’s choice. It looked like the rally would be another promising one that fell short of its potential after Chris Iannetta’s flyball to deep left was caught on a nice play by Joey Gallo for the second out.