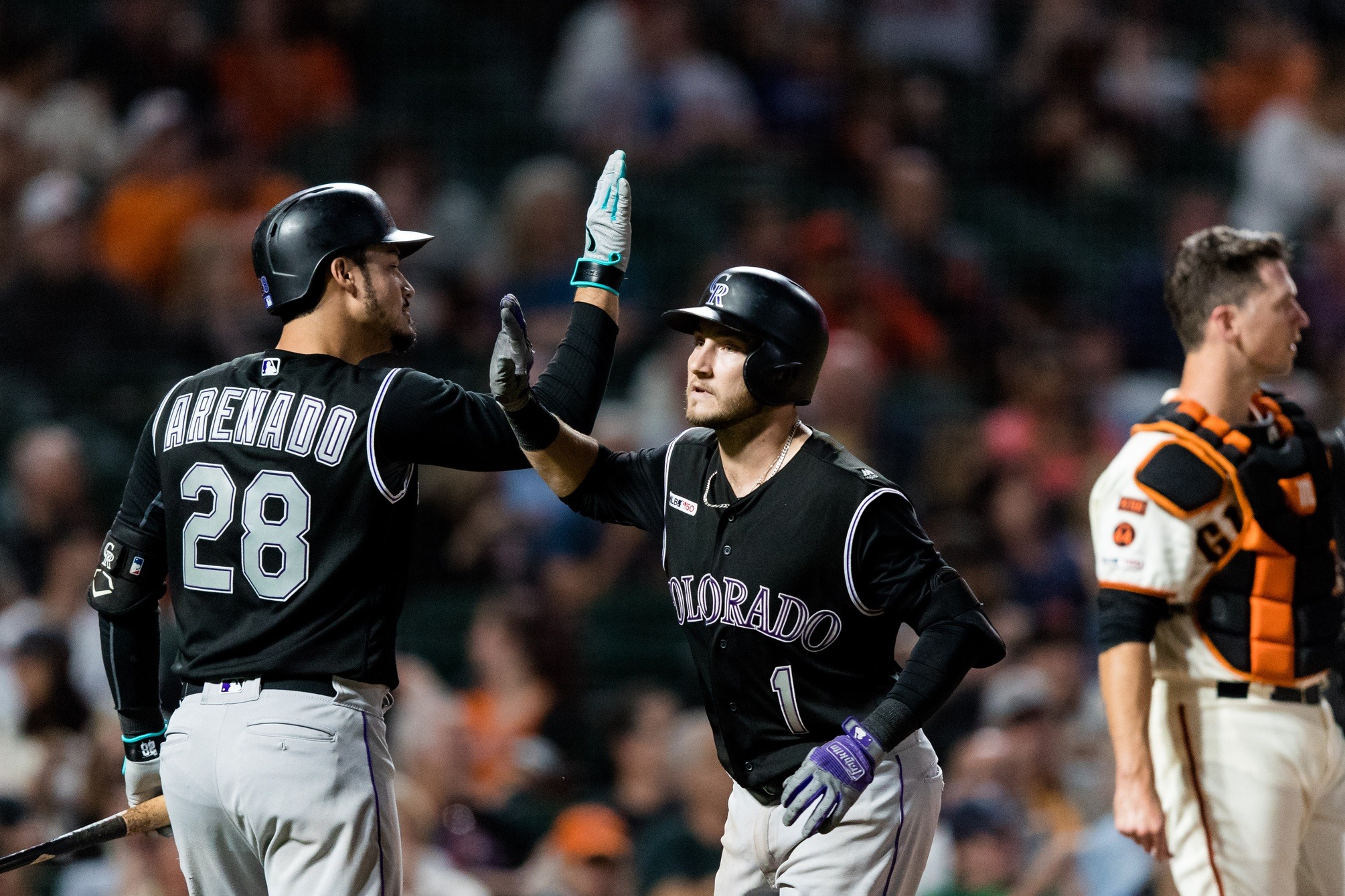 Before the 2019 MLB season could officially come to a close,  the Colorado Rockies and San Francisco Giants apparently owed us one more marathon of a baseball game.

The game featured a combined total of 25 pitchers who worked 16 innings. That is a new Major League record for number of pitchers used in a game, a record that should rightfully be a part of Bruce Bochy’s legacy and one that will likely never be broken with 40-man September rosters being in their swan-song year.

Rockies’ starter Jeff Hoffman mostly matched Madison Bumgarner until having to be removed from the game early after taking a line drive off his right leg.

Garrett Hampson continued his torrid late-season stretch and his mastery of Cy Young winners by hammering a home run against Bumgarner in the first inning.

He adds the ace lefty to the list of some of the best pitchers of the last decade that he has taken deep this year, including Clayton Kershaw and Max Scherzer. That’s even more impressive when you consider Hampson has only eight round-trippers on the season.

The lead was immediately erased in the bottom of the first by a two-run home run for Buster Posey against a mislocated Hoffman pitch. It was the first time in over a year that Posey had homered in his home ballpark.

Bumgarner made it 3-1 with a solo shot of his own, something the pitcher is also well known for having a habit of.

The Rockies tied it up right away in the top of the fourth after Charlie Blackmon was hit by a pitch and Ian Desmond ripped his 19th home run of the season to straight away center field.

Colorado took the lead in the fifth when Trevor Story launched a ball into orbit, the only question was whether or not he got under it too much since he lofted it so high into the air. But it had enough distance to clear the wall in left for his 34th home run of the season.

Again, that run was answered by San Francisco quickly. Posey singled to right against reliever Yency Almonte who then gave up the game-tying double on a sharp grounder to right off the bat of Brandon Belt.

Hampson put the Rox back on top with his second home run of the game on a flyball to center field against reliever Jandel Gustave.

The do-si-do kept going in the eighth when Evan Longoria took Carlos Estevez deep, golfing one out to center.

Then nobody scored for a very, very long time.

Eventually Charlie Blackmon hit a three-run home run in the top of the 16th against Derek Rodriguez to give Colorado an 8-5 win. Every run the Rockies scored in the game came by way of the long ball.

Rockies Review, May 25-26: Yoshii’s cookie puts him on island for all-time Rockies pitchers