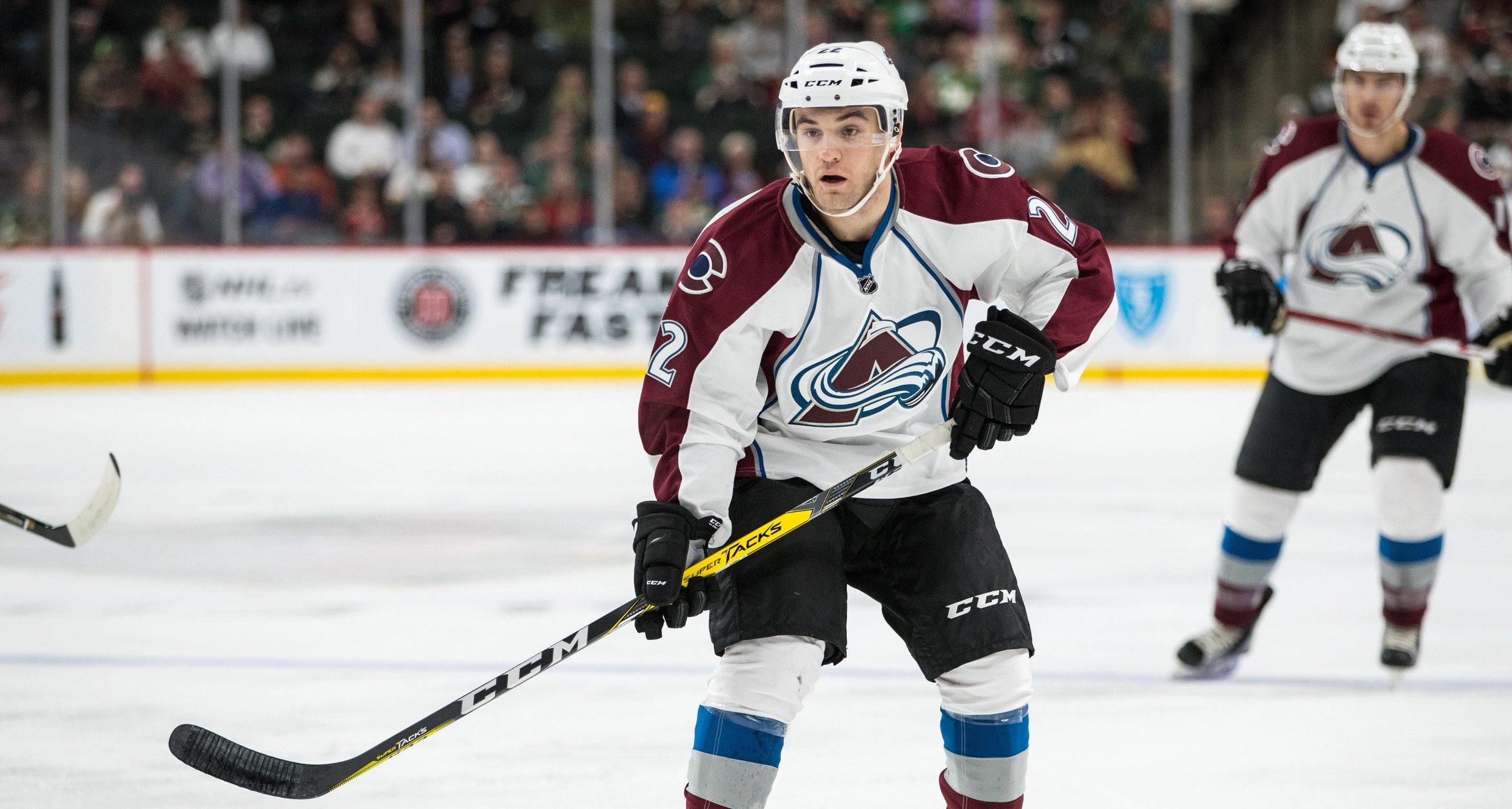 Rocco Grimaldi gets a (brief) chance to shine with Avalanche

Two or three more inches and Rocco Grimaldi would have been an NHL goal-scorer Tuesday night, on the one-year anniversary from the last time he could call himself one. On April 4, 2016, Grimaldi scored two goals for the Florida Panthers against Toronto, but, counting the ugly get-ups of the Panthers, he has worn three pro hockey uniforms since….