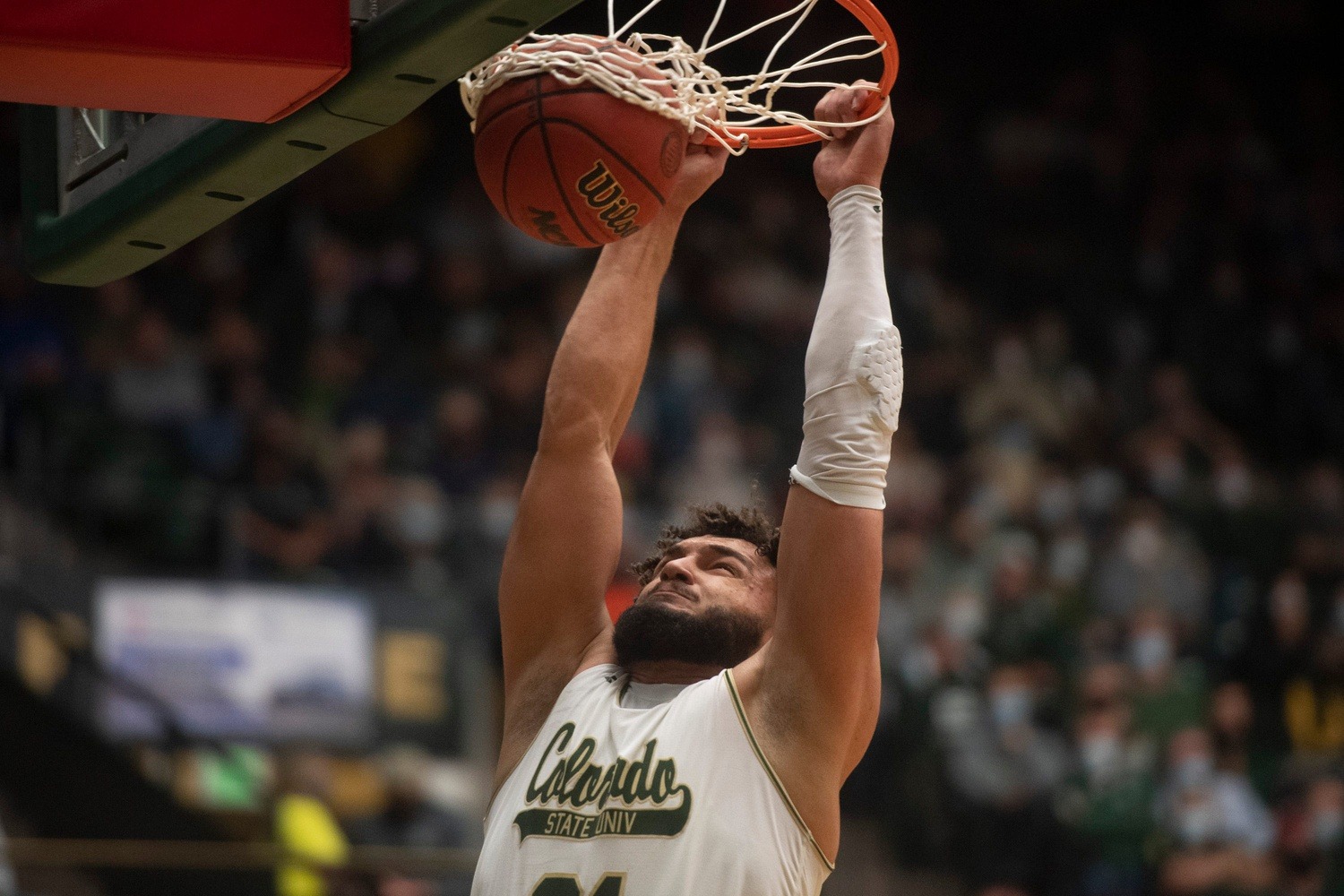 FORT COLLINS — David Roddy will continue his basketball career with the Memphis Grizzlies after being selected with the 23rd overall pick in the first round of the 2022 NBA Draft on Thursday night.

The Grizzlies are targeting Colorado State's David Roddy at No. 23, per source. https://t.co/HwHDnpoDKU

Per Adrian Wojnarowski of ESPN, Philadelphia has selected Roddy but will be sending him to Memphis for DeAnthony Melton.

Roddy is just the third Colorado State player to be drafted this century, but he’s the first since Colton Iverson was taken in the second round by Indiana and then traded to Boston in the 2013 NBA Draft. Before Iverson it was Jason Smith all the way back in 2007, when he was taken by Miami with the 20th pick and then traded to Philadelphia.

Although Roddy’s role will change in the NBA, the versatile forward has proven that he can guard multiple positions and score at all three levels against Division 1 competition. This past season Roddy averaged 19.2 points per game on 57% from the floor and 44% from deep. He scored in double-digit figures in all but three of CSU’s 31 games, had a career-best box/minus, and was named the conference player of the year as a result of his phenomenal season.

In addition to being named the 2022 Mountain West Player of the Year by both the league’s coaches and media, Roddy became just the fifth CSU player ever to be recognized as an All-American (Sports Illustrated Third Team), and was named to the All-MW First Team.

Roddy has the ninth-most points in CSU Men’s Basketball history (1,406) and the 10th-most rebounds (677). His 21 career double-doubles ranks seventh-best amongst Rams all-time.

He leaves CSU with a lasting legacy that includes helping lead the program to its most conference wins in a season (14) — something the Rams actually did in each of the last two campaigns. He helped guide CSU to its highest-ever NCAA Tournament seed (No. 6), three consecutive 20+ win seasons, and a Paradise Jam Championship this past November as well.

Beyond any individual or team accomplishment we can highlight, what Roddy and his teammates deserve the most credit for is transforming the program’s culture from top to bottom. He talked openly about wanting CSU to be in a better position than when he came and it absolutely is. Building a winning basketball program takes talented players, more than anything, though, it takes guys that are willing to buy in. Roddy, Isaiah Stevens, John Tonje and Co. did exactly that and CSU became a winner because of it.