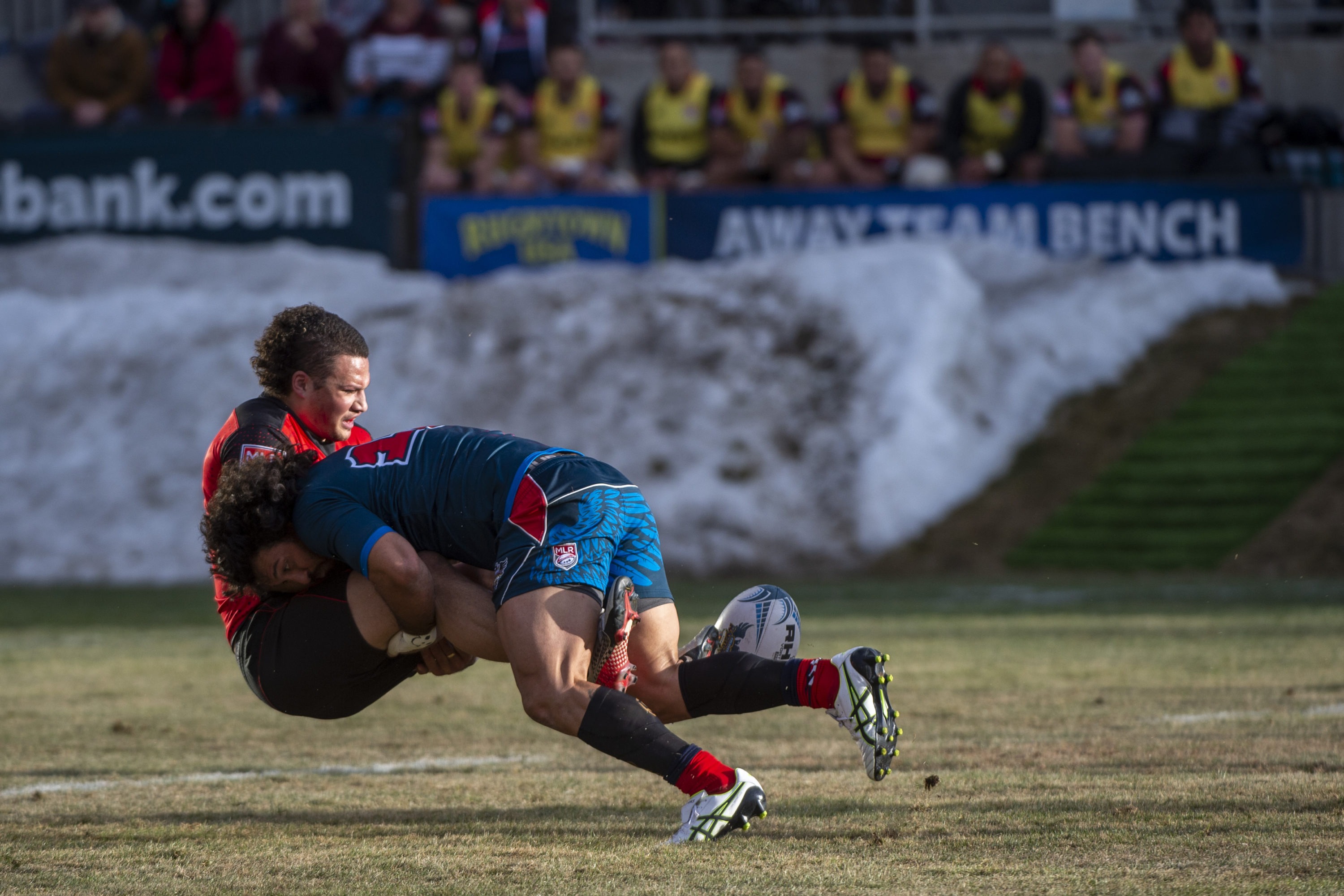 It took a few weeks, but the Colorado Raptors found their way into the win column for the first time on Saturday afternoon with a 22-14 victory over the Utah Warriors.

They say that the first win of the season is always the hardest to obtain, that was apparent when the final whistle echoed throughout Infinity Park. The Raptors (1-3, (1-2 WC)) couldn’t wipe the grins off their faces.

“Ah it’s unbelievable,” captain Luke White said after the match. “We thought it was coming last week and we had to hold out one more week. We obviously knew it was coming. It’s a bit disappointing because we could’ve held them to zero there, but they got in two late tries. As I’ve said, again and again, we are building and building each week.”

For 75 minutes of the match, a shutout looked like a real possibility for the Raptors. It was until Huluholo Moungaloa rumbled in for a try with five minutes to play that Utah (1-2-1, (0-1-1 WC)) found their way onto the scoreboard.

To the Warriors credit, they played hard from start to finish on Saturday, even when the match was out of reach, but it was the Raptors who came away with the wire-to-wire victory.

Following the kickoff, it looked as if the Raptors were going to be hindered by another slow start. This week, though, the Raptors were able to recover from their mistakes early on and keep points off the board as a result. With their backs up against their own try line, the Raptors’ defense tightened up and forced the Warriors into turnovers.

After stifling the Warriors’ early effort for points, the Raptors were the team to draw first blood when Petzer nailed a penalty goal from just inside the 50-meter line to give Colorado a 3-0 lead in the 13th minute.

The first try of the game came in the 28th minute when outside center Rene Ranger took a flat pass from scrum-half Carlo de Nysschen and powered over a defender across the plane. Ranger’s try capped a 16 phase sequence off a lineout that initially pushed the ball from south to north before coming back to the southeast corner of the pitch for the try.

Petzer’s conversion rattled off the left upright, but the Raptors took an 8-0 lead with around 10 minutes to play in the half.

Just a few minutes later, the Warriors were presented with an opportunity to answer Ranger’s try with points of their own, but their attempt was unsuccessful as fullback Robbie Povey was unable to hit the penalty goal.

The Raptors took their 8-0 lead into the locker room at halftime as a result.

Just like last week, the Raptors came out of the half a little bit sluggish, but the didn’t pay the same price. It was the Warriors that had the first opportunity at points in the 45th minute, but Povey’s penalty kick was again unsuccessful and kept Colorado’s shutout intact.

Petzer attempted to extend the Raptors lead just 10 minutes later but pushed his penalty goal attempt wide right. Despite the miss, it was Colorado that would score the next points.

The Raptors second try of the match looked a lot like the first as de Nysschen hit a hard-charging Ranger with a flat pass down near the try-line and then Ranger did the rest. he muscled his way through a tackle and span around to dot the ball down for his second try of the evening.

Petzer hit the conversion to give the Raptors a 15-0 lead heading into the second hydration break.

It was in the last 15-minute frame that things got a bit interesting for the Raptors. That was when Utah was finally rewarded for their efforts with Moungaloa’s try that cut their lead to eight points. But just as it looked like Utah was going to close the gap, Colorado fullback Mason Emerson sealed the victory for the Raptors.

Emerson scooped up a ball that was knocked on by the Warriors at the Raptors own 10-meter line, and danced his way through the defense on his way in for his second try of the season. The Raptors took a 22-7 lead after the conversion to put the game in the win column. Emerson finished the match with 218 meters gained on 11 carries.

The Warriors punched in one more try in stoppage time, but the Raptors escaped with a 22-14 victory when it was all said and done.

“Coming out today, all of the boys were just positive and motivating each other,” Petzer said of the difference in the result. “We were desperate for the win. It was kind of the desperation that got us there.”

“It’s just gelling more and more,” White said of Colorado’s progress. “Getting more hours under the belt with everyone together. We’ll build for next week and put in a better performance next weekend and the weekend after.”

The Raptors will need to have their best performance of the season in Round 5 to knock off the second-place Toronto Arrows on Friday night. The Arrows, who lead the high-powered Eastern Conference, have outscored their opponents by 65 points in their four victories thus far. That number is the most of any team in Major League Rugby.

To beat the Arrows, the Raptors know that they will need a strong week of training to keep the momentum rolling.

“We just got to get back Monday, look at our mistakes and build off that and go forward,” Petzer said.