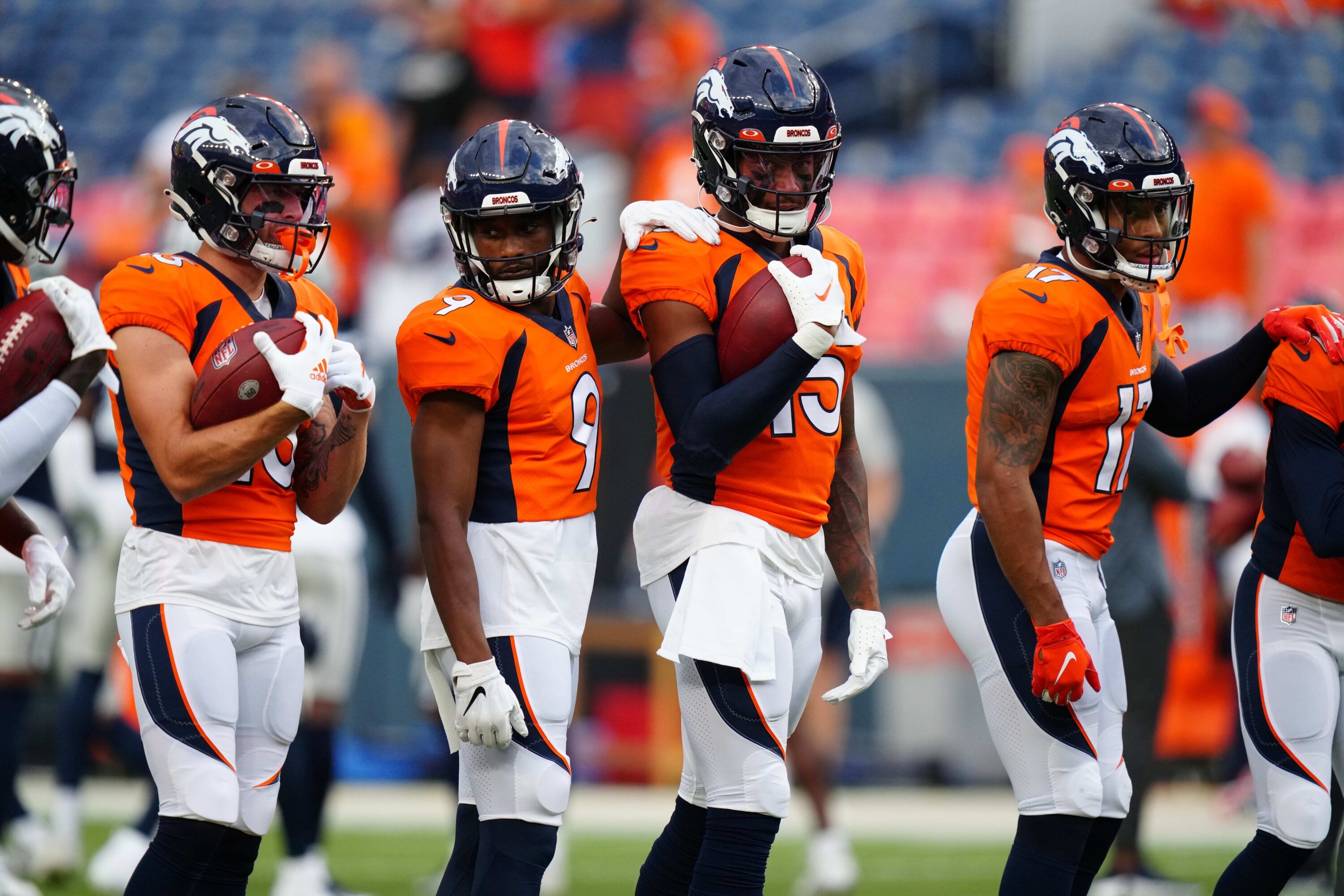 By Aug. 30, George Paton and Nathaniel Hackett have to cut the Denver Broncos’ roster down from 85 players to the final 53-man roster.

They’re still two preseason games left to determine the final few roster spots, but with one game already in the books, this is an idea of how Denver’s roster will look in two weeks time.

There’s a massive gap between Denver’s top three backs and the rest. This is a position the Broncos can save a roster spot by only keeping three.

The Broncos’ young depth at receiver is incredibly impressive with multiple players stepping up against the Cowboys. Paton will add a few receivers to the practice squad.

With Dulcich suffering a setback from his hamstring injury, the Broncos will hang on to four traditional tight end and hybrid fullback/tight end Beck.

Denver’s offensive line is straight-forward, especially with Turner off the PUP. The only potential wild card will be if the team decides to keep Glasgow as veteran depth.

Harris, Agim and Spencer all have a shot at making the final 53-man roster. The defensive line is far from decided.

If the Broncos are looking to make a last-minute trade, this would be a position they could move on from a player, potentially Reed. By trading Reed, it would allow them to keep Cooper on the 53-man roster.

With the injury to Griffith, the Broncos will have to keep four inside backers on the roster for depth. The recent signing of Schobert gives him the upper-hand to make the roster.

Denver’s sixth, and potentially fifth, corner spot is up for grabs. Austin, Bassey and Hicks are in a tight battle for a spot. If they all play exceptional, they could even push out Ojemudia.

Reed can earn a spot on the team by proving himself too valuable on special teams to cut. Turner-Yell is the last cut on the team, showing how close is he to making the team. Two strong weeks to end the preseason can earn him a spot.

Waitman was giving Martin a run for his money at punter during training camp. However, Martin had a much stronger performance in the first preseason game. Waitman will have to step his game up to bump the veteran for a roster spot.