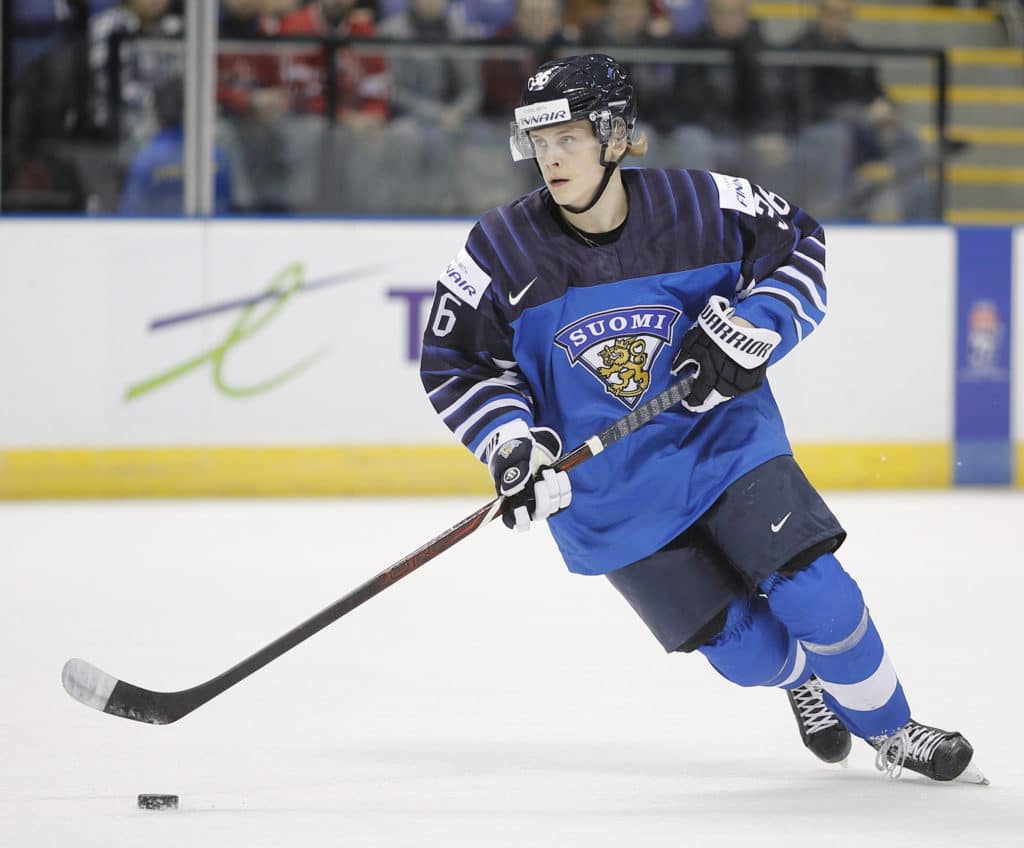 Anttoni Honka will need time to develop. His offensive game projects well and he could become a second pairing defenceman with a significant power play role in the NHL if he develops to his potential. He needs to work on his defensive game. While he will likely never be a shutdown defender, he could improve enough to be adequate in the NHL. In terms of style, Honka’s game is reminiscent of Tomas Kaberle. This is a style comparison only and not one based on talent or ability.

Honka was a top-20 talent coming into the season but he had something of a disaster of a season. He played for multiple teams this year and seemed to slip in and out of rhythm at various times. His play rode the roller coaster and unfortunately for him the downs outweighed the ups.

When he’s on his game, Honka is a dynamic offensive player and can be an electric, game-changing talent. His skating and creativity suggest he has potential to be a dynamic playmaker and offensive powerhouse in the NHL. His defensive game is weak, though, and it doesn’t seem like he’s overly interested in working on that part of his game very much.

His improvements have been slow and his effort inconsistent in his draft season, which is always a red flag. He’s electric at his best but a downright mess at his worst.

Honka’s stock continues to plummet and after starting the season as a potential top-20 selection, he might fall into the third round or beyond. He’s such an intriguing talent, though, that I wanted to include him in the profiles because you just never know when a team will take the chance on a guy with his kind of upside. Colorado has two third-round selections and should he be around with either of them, the Avs could easily justify taking Honka in hopes he taps into his considerable potential. As an offensive defenseman, he’s not a great fit for the Avs but you’re never too good for talent.