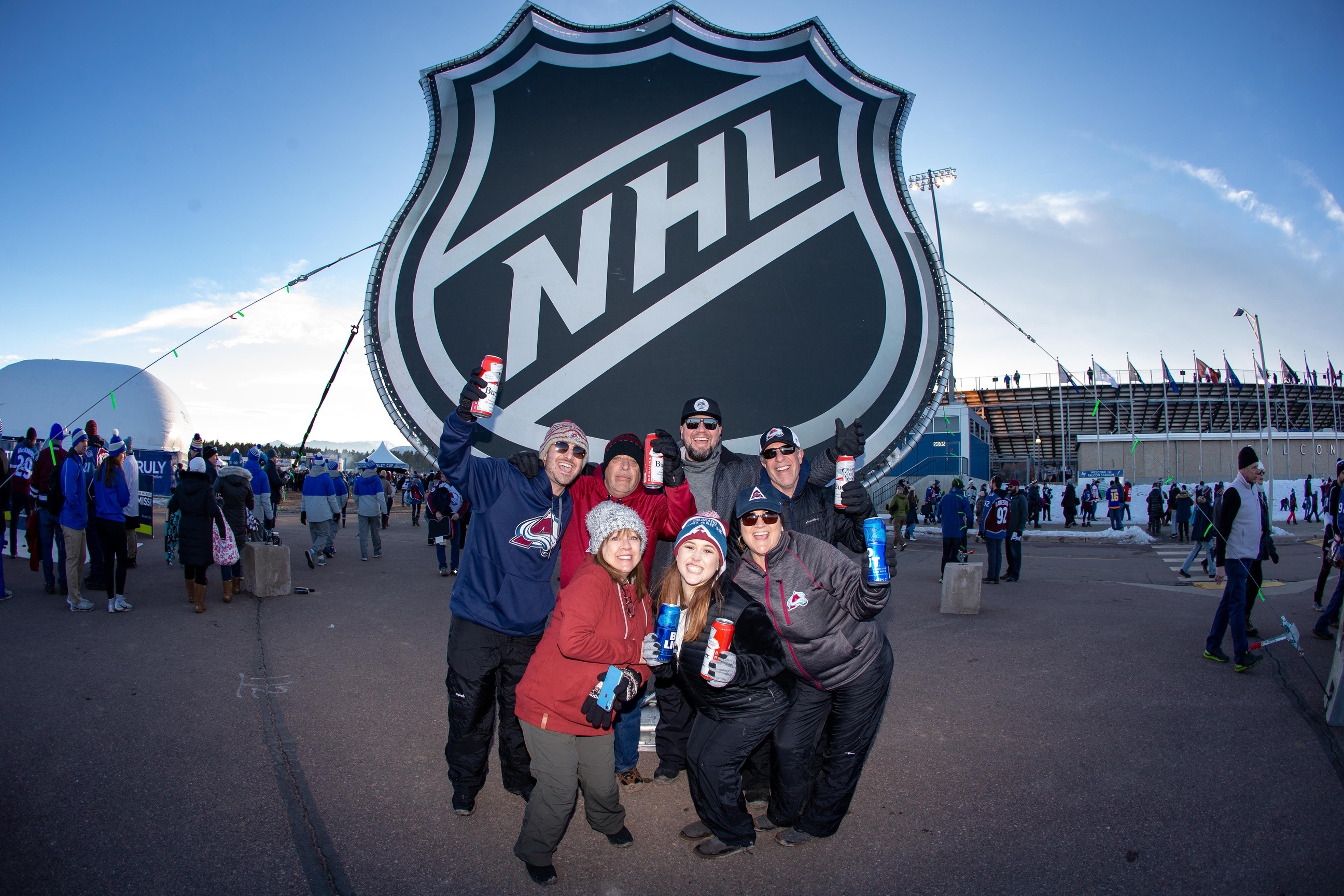 NHL forgets fans are the point with disastrous Stadium Series

When Albert Einstein made this observation, he surely didn’t have the NHL in mind. No, the league was still in its relative infancy during Einstein’s life. As a league, however, it certainly has a knack for forgetting the fans are more than potential money donors.

But at the Air Force Academy in Colorado Springs tonight, it was the fans who paid the real price. It was all in an attempt to enjoy the Stadium Series event featuring the Colorado Avalanche and Los Angeles Kings.

Fans were looking for a night to remember.

The NHL certainly delivered, but the story of the night became everything but what took place on the ice. Fans wasted little time detailing their frustrations of the evening.

Once they managed to actually leave, that is.

But before we get to the postgame fiasco that has social media referring to what was supposed to be a celebration of outdoor hockey as the “NHL’s Fyre Festival”, let’s back up some.

The issues began long before the first traffic alert went out on Saturday afternoon that I-25 was closing both directions to one lane because of “vehicle damaging potholes” that needed emergency repairs.

It started on January 25th of last year when the league announced the event in the first place. The Air Force Academy was set to host, following the success of the 2018 event that took place at the Naval Academy between the Washington Capitals and Toronto Maple Leafs.

This event came as part of an agreement the NHL has with the United States military to host outdoor games at various service academies around the country.

Naturally, that put the Air Force Academy, and more specifically, Falcon Stadium, on the NHL’s radar. They selected the venue and had to be loving the concept of hosting more than 40,000 paying customers.

After all, the 2018 event hosted just 29,516 fans. The NHL saw its next spectacle as one where they could push this partnership with the military and increase the number of people paying for tickets. The parties ignored AFA’s history of traffic problems in favor of what they viewed as a financial win.

And what a spectacle it ended up being.

Pregame festivities were more sparsely attended than anticipated in muddy parking lots thanks to the traffic issues getting into the stadium, which sits on an active military installation. As part of the security measures for the base, there are only two entrances in and out of the area. With the vast majority of people attending the game coming from Denver, it swamped the North Gate and created huge traffic jams.

People could get to the general vicinity of the stadium but not to the various parking lots surrounding it. Multiple stories of people parking and walking several miles to the stadium emerged. A large number of fans were unable to get into the stadium until well after the game had already begun.

Missed half of the entire #StadiumSeries thanks to #AirForceAcademy’s poor traffic management. Took an hour and a half to go five miles :(.

Keep in mind that the actual hockey is almost secondary in these events.

Pregame festivities, including a flyover, are a major part of the attraction. Popular musician (I fear referring to him as a country artist after social media took umbrage with that categorization earlier in the evening) Sam Hunt was scheduled to play a short set during the first intermission.

In what turned out to be an accidental self-own, the American Forces Network tweeted out video footage from one of the aircraft involved in the flyover from the second intermission. Instead of showcasing the festivities on the ground, it accidentally highlighted the massive traffic issues illuminating the evening sky.

For those who waited out the traffic issues, the problems only continued once inside the stadium.

Concession and bathroom lines were incredibly long, with many waiting between 30 minutes to an hour for either of them. When some got to the front of the concession line, they were informed the stand had sold out of beer, specific food items, or both.

If you can make sense of this mass of people, you’re a sharper eye than me.

here's a photo of one of the concessions areas from my seats, can you determine where the line starts? pic.twitter.com/TMslJo6BSS

Then came sightlines. While I admit the view from the press box was pristine (assuming you didn’t care when a Kings player had the puck because you couldn’t read their jersey numbers), the people who paid top-of-the-line prices to sit close to the action ended up with a little different experience.

@9NEWS @KyleClark look what $350 gets you at the stadium series😒epic fail. Can’t even see the ice! pic.twitter.com/NXjXIXMeWt

From there, the game itself took place. It was a normal outdoor game in that the puck was bouncing around unpredictably and the game came down to who got a bounce here or there and who didn’t but that’s hockey.

The best part of the entire evening was arguably the game itself. All the NHL asked of the Avs and Kings was to show up. Tyler Toffoli certainly did. The rest is up for debate but the two organizations certainly fulfilled their obligations for the evening.

Once that ended, it was time for all those who had poured the effort into getting inside the stadium to take their leave.

And it was, predictably, a gigantic mess.

I was one of those people walking 90 minutes to finally get a TAXI. Ridiculous. Thankfully our hotel bar stayed open past closing for us. And mad new friends. 🍻

That last story is particularly interesting (and you have to appreciate the “friends we made along the way” vibe to it). Rideshare services have become an extremely effective way to get in and out of major events such as this. Because the event was being held on an active military installation, rideshare drivers were regularly declining fares because they either couldn’t get onto the base or couldn’t leave once they did get inside.

Couple that with the specific pick-up/drop-off point designated for rideshare services lacking any consistent cell phone service, and you have the perfect storm for stories of folks walking several miles just to leave the base and get rides to where they were going.

Because of the interest in the Stadium Series game, hotels took the luxury of overbooking (a common practice in hospitality) rooms to ensure they sold out with such a large event in town.

What that meant for at least one group of hockey fans, however, was them finding out while they were in hour number three of waiting to leave the stadium parking lot that their reservation had been canceled.

Instead of going back to their hotel and having a drink and trying to laugh it off, they were now faced with trying to trek back to Denver to find different accommodations.

Now, not all of this is the fault of the NHL or the Air Force Academy.

But when parsing blame for this fiasco of an event, that’s absolutely where you begin.

The NHL didn’t care about the logistical hurdles of hosting an event at Falcon Stadium that would bring in numbers it’s clearly not designed to handle (and before you tell me what the capacity of the stadium is, consider how often it actually sells out and the number of non-locals attending this event. Falcons football games are not comparable to tonight’s event).

Air Force, for its part, was in charge of handling the parking lot assignments that caused so many headaches throughout the day. It was also in charge of concessions and staffing inside the venue.  They seemed to be planning for a typical Falcons game of around 30,000 people.

With 44,000-plus on hand, the Air Force’s gross lack of preparation was exposed at every turn. People with tickets in handicap sections couldn’t find ushers to help them find the chairs they needed to sit and enjoy the game.

It was nothing short of gross negligence on the part of everyone involved in the planning process.

And with the game appearing to be a smashing financial success, it’s not hard to imagine the men running the NHL doing synchronized Scrooge McDuck swan dives into their fresh new pile of money.

Instead of a picturesque memory that evokes the nostalgia of a truly epic event, this Stadium Series became a once-in-a-lifetime horror show for far too many fans.

DNVR Bets Daily: Drafting our sports bets for the Nathan MacKinnon and the Colorado Avalanche 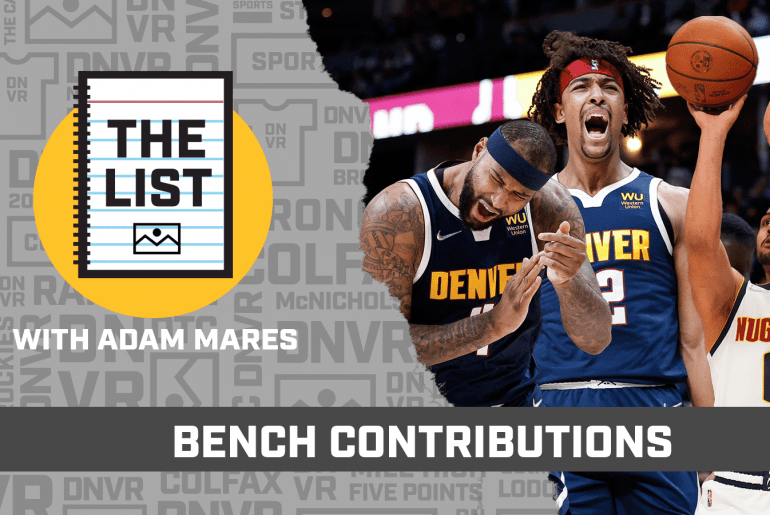