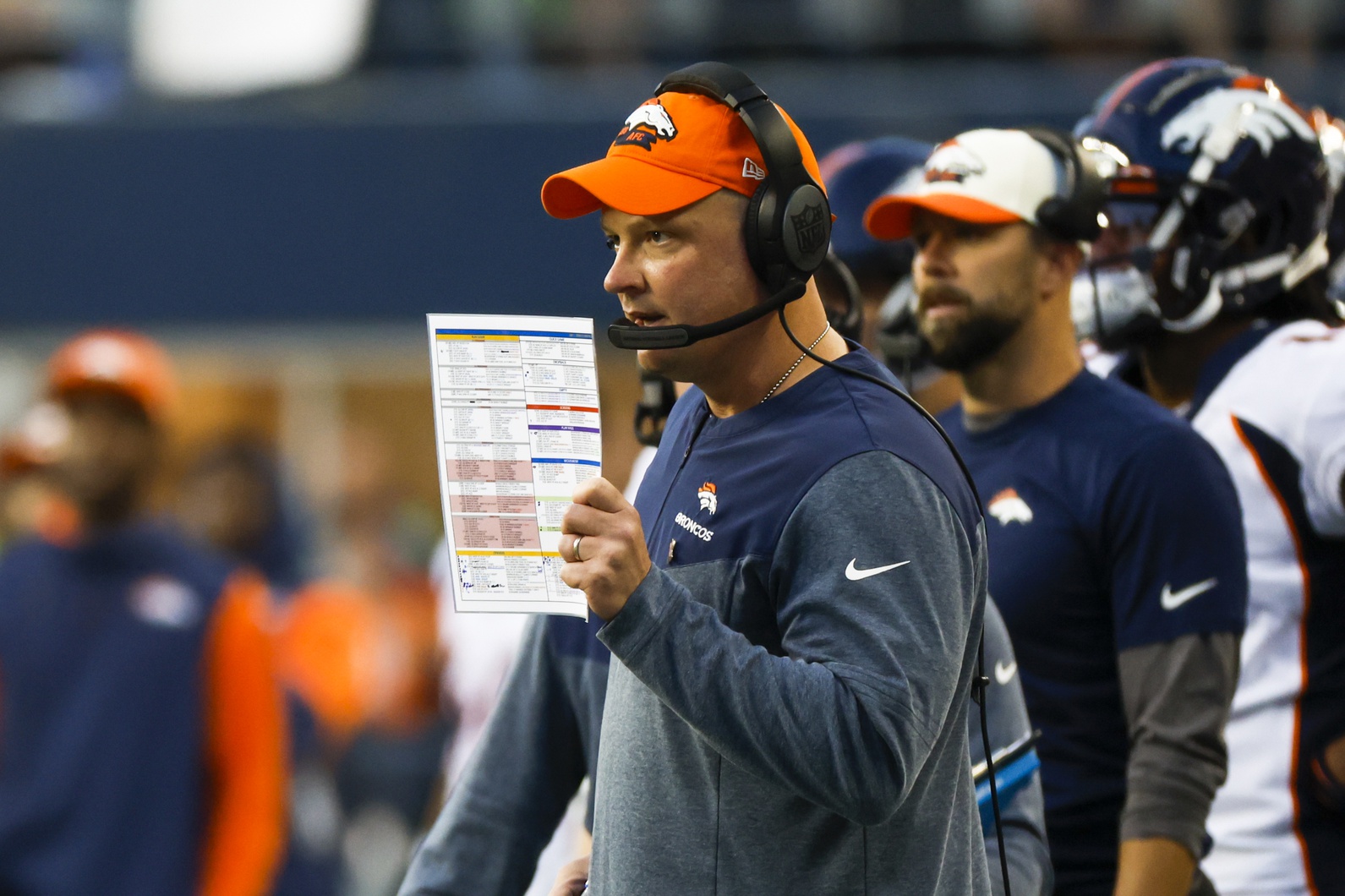 Nathaniel Hackett admits he should have gone for it on 4th down, but explains the decision to kick the field goal

After allowing the clock to tick all the way down to the 20 second mark, Russell Wilson jogged off the field as Brandon McManus trotted on to attempt the game-winning kick.

On Tuesday, less than 24 hours after the game, Hackett admitted he would have done things differently knowing the end result.

“Looking back at it, we definitely should have gone for it,” Hackett said immediately, when asked about the controversial decision.

“It’s one of those things where you look back at it and you say, ‘Of course we should go for it.’ We missed the field goal. But in that situation, we had a plan. We knew that [the] 46-[yard line] was the mark,” Hackett continued. “We were expecting to go for it on fourth down and then you hit the mark. The mark that we had all set before we started. We said 46-yard line was where we wanted to be, and we got there so we had to make a decision.  We wanted to give it to Brandon, and we did. It didn’t work, it sucks but that’s part of it.”

Before the final drive even began, Hackett had his decision made. If the team got the ball to Seattle’s 46-yard line, they were going to kick the field goal. Hackett knew. Wilson knew. The Broncos’ offense knew.

When Javonte Williams was tackled exactly on the 46-yard line, after picking up nine yards on a pass from Wilson, Hackett knew he was kicking a field goal right away. Wilson and the offense, however, stayed out on the field to try and get Seattle to jump offsides.

“[Wilson] just got up there was going to try to get them to jump,” Hackett said.

If Javonte was only able to pick up eight yards instead of nine on the dump off pass from Wilson, and thus the Broncos would have only made it to the 47-yard line, Hackett would have gone for it instead of kicking the field goal.

But Williams made it to the pre-determined 46-yard line.

“We all knew that we had to get to the 46,” Hackett stated. “I think that was the funny thing, when you look at it, you’re like, ‘Javonte, if he is one yard less, then we’re going for it.’ We would go for it, because we wouldn’t have hit the mark.”

Hackett has a team of people he talks to during games to help advise him with game management, but ultimately he made the final call.

Despite most, if not all, of the analytics in favor of going for it instead of kicking the field goal, Hackett made his decision based off his players, not based off stats, history or other outside factors. The longest field goal ever made at Lumen Field is 56 yards. When asked if he took that into account, Hackett instead talked about his players.

“When we looked at it, it’s about listening to the players, finding out where they are at, and what they can do. That was something that we all agreed on,” Hackett said, side stepping the question. “The fact that it was fourth down, and that was our one chance to decide that, and that’s why we did that.”

“I wanted to give [McManus] that opportunity. I wanted to give him a chance to be able to win the game right there. He had the distance; it just went a little bit left,” Hackett continued, showing that he places his confidence in his players. “It’s just one of those things that’s unfortunate, but that was our plan going into it. Obviously looking back at it, if you missed the field goal, you’re always going to wish you would have gone for it. If you would have gone for it and not gotten it, you wish you would have given him a chance.”

In his first game as a head coach, when the game was on the line, Hackett attempted what would have been the second-longest field goal in NFL history instead of letting his franchise quarterback have a shot at getting five yards.

The kick was wide left.

Less than 24 hours after the crucial decision, Hackett admitted he should have put the ball in the hands of his $296 million quarterback instead.