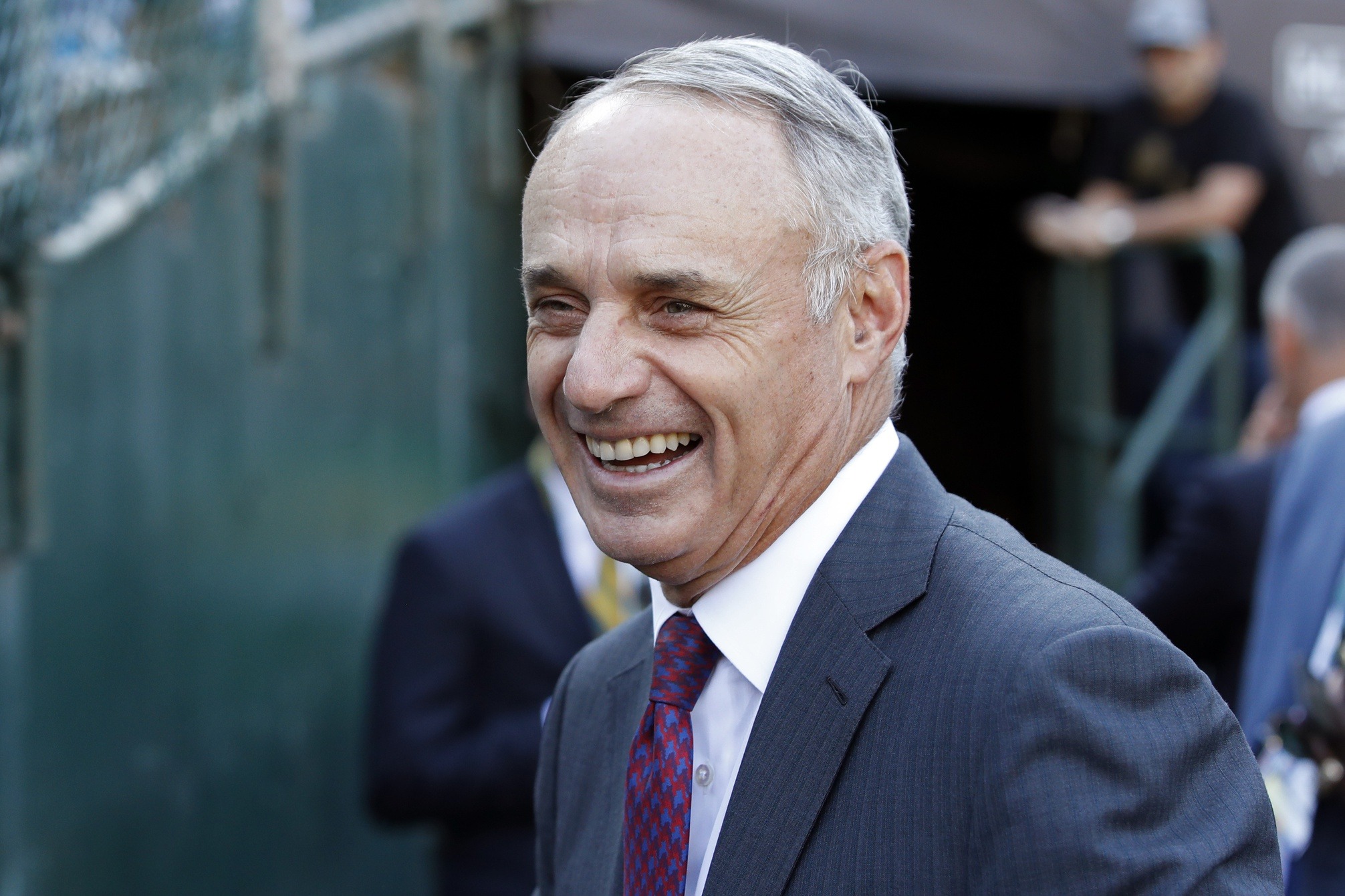 The commissioner of Major League Baseball, Rob Manfred, should resign.

Unless he can pull off some miracle solution that creates an amicable end to the current bitter negotiations and brings about a season that most involved can be happy with, his short time as steward of the game must come to an end.

Take a moment to ask yourself this question: What has the commissioner done to grow the game during his five years in the job?

We can wait… But your list is probably exactly as long as ours.

Emphasizing pace-of-play is what he is known for. His accomplishments in this regard include limiting mound visits per game and a newly implemented three-batter minimum rule that we have yet to see take effect.

It is debatable whether or not either of these will have the intended effect of shortening games thereby attracting a younger audience.

He has also managed to implement clocks throughout the minors, something almost all traditional baseball fans hate.

Probably the best cases for his tenure thus far are that he has finally begun to move forward on the electronic strike zone issue and that we are likely moving toward a universal DH.

But even those decisions are controversial by nature and may alienate as many people as they win over.

Where it really gets bad is in realizing that all of these measures aimed at giving you less baseball have been focused on in lieu of plenty of far more pressing concerns.

He could have been softening the ground for a smoother negotiation for the upcoming CBA and done a better job stamping out any hints of collusion over the last several years to that end.

He could have been making sure the league was in a position in order to better financially handle natural disasters including hurricanes and a global pandemic. These things can never be fully anticipated but a multi-billion dollar industry need to be better prepared when they do.

He could have focused on research and development of the electronic strike zone years ago so that the technology would be ready to go by now instead of still in need of some retooling.

He could have done, or even said, anything about the massive blackout problem MLB has where most fans can’t buy a package to see all their own team’s games on TV.

He could have made any headway toward streaming or freeing up video to third party sources allowing MLB to be made fun in the hands of creatives.

Instead, he reinforced lazy stereotypes about baseball and millennials by constantly telling us it is a long and boring game that needs to be fixed with more scoring and action but somehow less time for a generation with short attention spans and all of their Twittering.

He could have focused on any number of areas of umpire reform including making sure that the best umpires are behind the dish for the most important games (oftentimes some of the worst are) and making sure that there is a fair and transparent process when umps overstep their bounds. 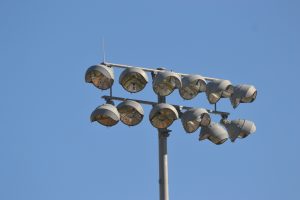 And that brings us to the next, and biggest, problem. Do you remember when an MLB ump threatened to go all Rambo on us?

Just one of a litany of scandals plaguing Manfred’s tenure.

The Houston Astros had to skip the first couple rounds of the draft last week because they were found guilty of an organization-wide sign-stealing scheme. And that’s not even the only scandal to come out of Houston since the last time any baseball was played.

Don’t forget that they had to let go of an assistant GM because of sexist remarks toward a woman in the clubhouse who also happens to be one of the best journalists in baseball. This stemmed from them bringing on board known domestic abuser Roberto Osuna. Something league policy actually incentivizes.

It might feel like that is most out of the commissioners hands until you see the obvious pattern of sexism and excuse for abusers like Aroldis Chapman and Jose Reyes among several others.

Then you have the video room scandals for the Boston Red Sox and New York Yankees which may be less severe than the Astros but still have fans rightfully questioning the validity of the last three World Series’. Two flagship franchises in your sport appear to be getting away with undermining its legitimacy.

Reports are now surfacing that Manfred may have known far more about all of these scandals before they became public and might have tried to bury them.

Let’s also not forget that we played an entire season in 2019 with a joke of a baseball that shattered MLB records and was proven by scientists and the league’s own report to fly much farther than the ball that had been used in years past.

Colloquially (but slightly inaccurately) known as the “juiced-ball” scandal, what is even worse is the “unjuiced-ball” scandal when there was suddenly a clear difference for the postseason. Again, the science shows that they played with a different baseball in October than the rest of the year. There has never been admission of this or an address about it.

Umpire Joe West was accused by a former player of accepting quid-pro-quo bribes and the league hasn’t updated us on that.

And, just for the record because it bears repeating, an umpire threatened to take an AR-15 into the streets if a political thing happened that he didn’t like. That thing happened by the way. There has been no update from the league on Rob Drake’s employment status or any kind of punishment.

Manfred may see impending minor league contraction as a big accomplishment but we are filing it in the scandal section. And you literally cannot argue that it helps grow the game when you are taking it away from 42 American towns.

This is all before we get to the part where the league has used the cover of a global pandemic to push an already-established agenda of gutting the minor leagues by using their power to cut the draft from 40 rounds down to just five giving MiLB almost no other choice.

There could be baseball in 2020. If there isn’t, it is the responsibility of the man at the top.

The owners have overplayed their hand. They’ve asked the players to take the vast majority of the responsibility for absorbing the costs of this unique time in history, kept their books a secret demanding implicit trust that they can’t afford to pay their employees, cried poor while inking a new billion-dollar TV deal, publicly fought for as few baseball games as possible, asked players to waive all legal rights – and some have even reportedly been in favor of having no season whatsoever – all so that they can maintain profit margins they’ve grown accustomed to during a two-decade period of incredible growth.

Every MLB team is now valued at over a billion dollars. Alex Rodriguez, the highest paid player in the history of the game, has a total net worth of $350 million. That’s 35 percent of the current value of the Miami Marlins.

Rather than suggesting the owners sell a yacht or a beach house or two, or agree to payments over time, he has brought the hammer down on the players and asked them to sacrifice even more. He’s giving them the choice between accepting these demands or being held responsible by those who choose not to dive into the details of taking the season away.

This effectively prioritizes owner profits over the integrity of the game of baseball at the highest level.

It is a part of the commissioners job to represent the owners but it is also a part of his job to be a steward of the game who fights passionately for its integrity and future. Rob Manfred has made it clear in the last days and weeks that he cares far more about the former than the latter.

The players have made their final message and rallying cry incredibly clear. They are ready to play. Just tell them “when and where.” If that information never arrives we can keep the phrase but change the context.

When and where can MLB get a commissioner who cares about baseball more than he does the profits of some of the wealthiest people in the world?