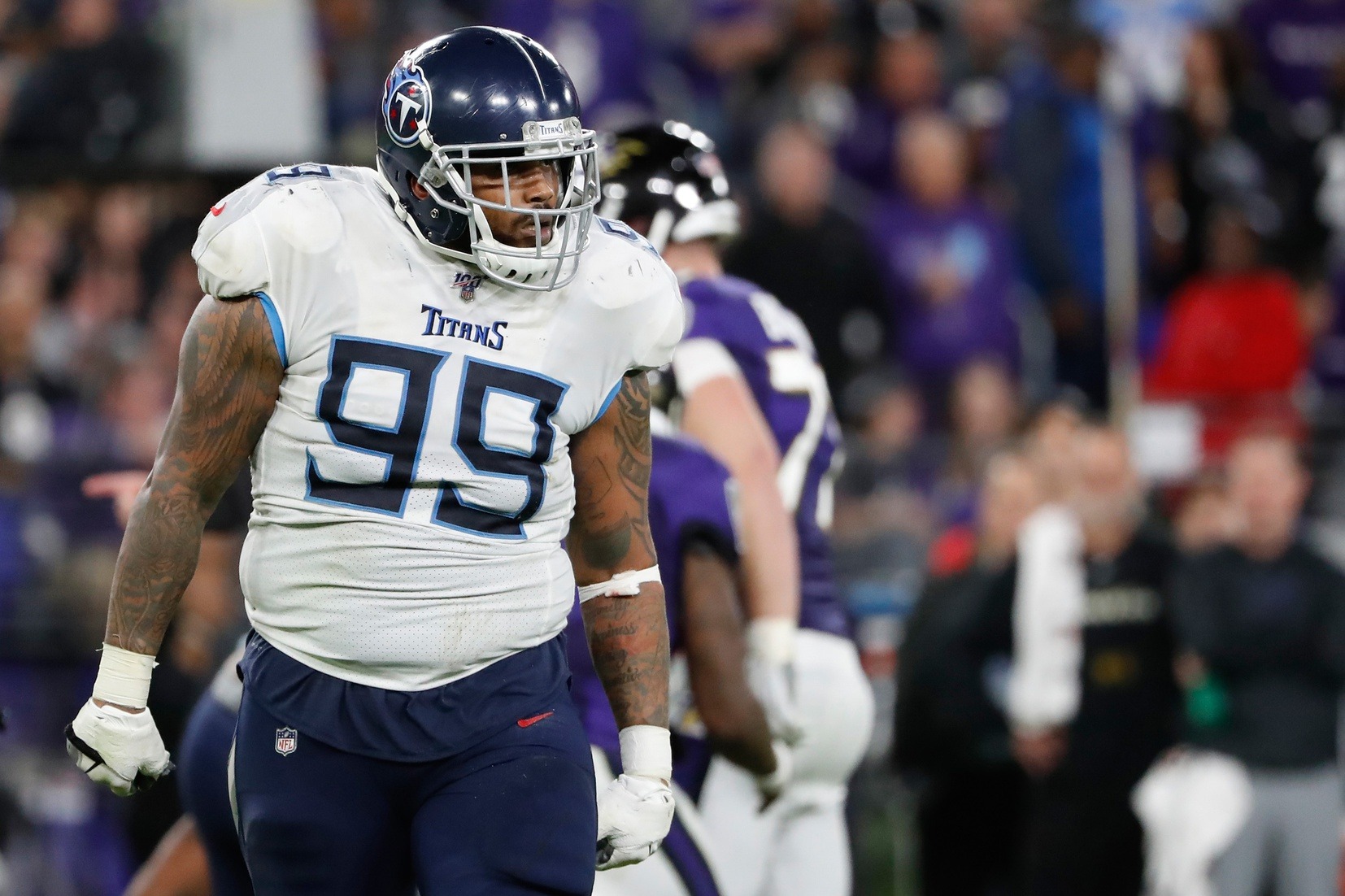 DENVER — It’s not a surprise that Jurrell Casey is a five-time Pro Bowler. Heck, he has 53.5 career sacks.

It’s not a surprise that the new Denver Bronco has been destroying offensive lineman for years. Heck, he’s been an All-Pro.

And it’s certainly not a surprise that the defensive lineman calls his game “disruptive.” Because it is.

But there is a surprise hidden up the sleeve of the 6-foot-1, 305-pound quarterback sacker.

“I’m not a sports watcher, man,” Casey reviled to the Denver media on Thursday evening. “Never was a sports guy. Didn’t want to grow up watching it. I played it all my life. Done that… Other than watching film and getting in there studying the playbook. That’s about as close as I get to watching sports.”

There’s certainly nothing wrong with Jurrell not being addicted to SportsCenter growing up—in fact, it’s probably healthy he wasn’t—but it’s not every day a dominant athlete doesn’t watch any sports other than his own film.

“I watch HGTV,” he said with pride. “I love watching the home gardening channel. Watching Fixer Upper. Love It or List It. All those types of shows, that’s my thing.”

Growing up, Casey was always playing outside.

“I was an outside guy,” he said, revealing who Jurrell the person is to Broncos Country. “Playing football in the middle of the street. Playing basketball in the dirt field. Playing tag around the neighborhood.”

Now, as a 30-year old with two kids—a one-year-old and a three-month-old—nothing has changed.

Jurrell brings his fun-loving attitude with him to the NFL locker room, despite being surrounded by over 50 men, instead of his toddler and baby. And much like he treats his kids, the veteran leader never yells at his teammates. Instead, he prefers to sit down and talk with them if needed.

“I like to have fun. I’m a fun guy,” he said, describing his leadership style.

As for what type of player he is on the football field, well, it’s pretty straight forward.

“Make sure I get pressure on the quarterback, make sure I’m stopping the run,” he said.

In each of the last seven seasons, Casey is only one of four defensive linemen in the NFL to record at least 40 tackles and five sacks in each season. A major reason for that is his mindset that he can win any one-on-one matchup he’s presented with.

“Something that I was taught playing this game was that the only person that can beat you is yourself,” he said. “That’s the mindset I always take going into a game and understanding that whoever you matchup with, they have to match your level. They’ve got to stop you. You’re not trying to stop them.

“When you have a lot of tricks and crafts that you can throw at a person, it makes the game a lot easier and a lot of times you win your battles. Now, do I say I win 100 percent of the time? Nah. People give you battles and they fight and they get the job done also. But when we’re in a battle, I give them a hell of a fight and that’s what it’ll all come down to—having that heart and going out there and getting it done.”

So much for that fun-loving spirit—at least on the field. Between the white lines, Casey wants it to be kown he brings excitement, hustle and heart to the field.

“I’m a person that’s going to get after it,” he said with passion. “I’m a hard hustler. Not taking a play off. That’s my style. If you turn on my film you’ll see that. I’m running to the ball. I’m downfield. I’m pressing in the backfield and I’m going to be disruptive. And I’ve been doing that for years and I’m going to continue to make sure that I’m doing that the many years I’m in Denver.”

Despite not being a sports fanatic, he knows all about two of his new teammates.

“I know Von Miller and [Bradley] Chubb and those guys are some great pass rushers over there the past couple of years,” he said with admiration. “Those guys are amazing pass rushers, man. To see how those guys play, the effort that they give every game. The tenacity.”

In Denver, Casey will join fellow 2011 draft pick Von Miller—although the former No. 2-overall pick was taken 75 spots ahead of Jurrell—and the 2018 No. 5 overall pick in ruining opposing quarterback lives.

“Hell of a pass rusher,” Casey stated of his new teammates. “What else can a guy like me—who loves pass rush and getting after the quarterback, and has two great edge rushers that can collapse the pocket and make the job a lot easier for me where I don’t have to push 100 guys backward and push them too far. They’re going to push the quarterback into the pocket and make my job easy. Nobody can complain about that, right?”

Well, Jurrell, it doesn’t appear that you complain about much in life. But having a new home surrounded by arguably the game’s best edge-rushing duo would be hard for anyone to complain about.

There’s more to life than sports for Casey. But when Jurrell’s on the field, opposing quarterbacks wish football wasn’t a part of his life at all.