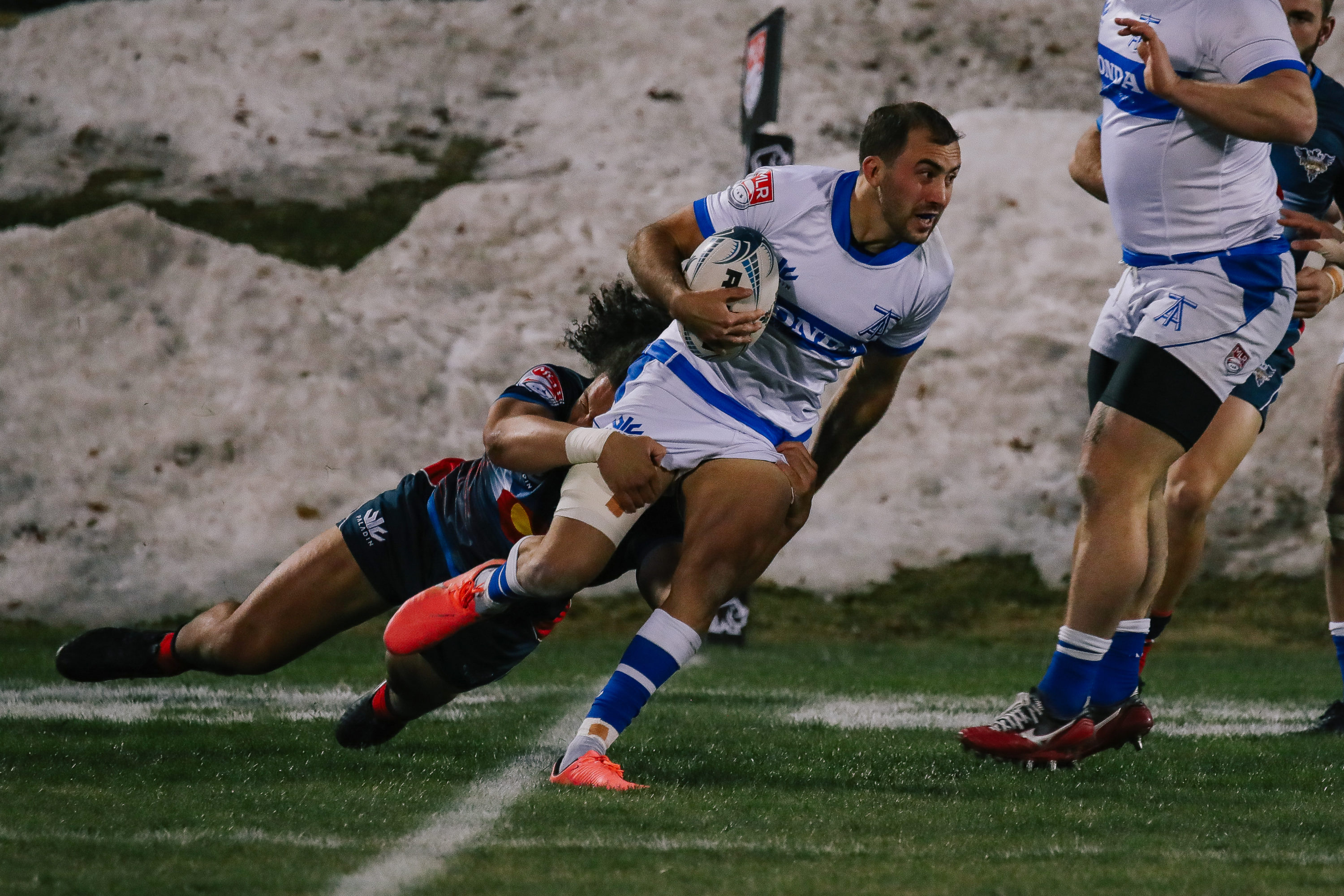 The Colorado Raptors used two big defensive stands, timely tries from John Ryberg and Mika Kruse, and 12 points off the boot of Robbie Petzer to hand the Toronto Arrows their first loss of the season. The Arrows proved why they are the top-ranked team in the East in the loss, though. While the Raptors left points off the board throughout the game, the Arrows hung in there from start to finish. With two wins in two weeks over quality opponents, the Raptors are quietly climbing up the table. They’ll have another tough test against Old Glory D.C., who sits in second place in the East, in Round 6. After five weeks on the road, the Arrows will regroup during their bye week.

The New England Free Jacks had NOLA Gold on the ropes, but NOLA, just as they’ve done several times this season, found a way to close things out. After starting the season with a big victory over Rugby United New York, New England’s four-match losing streak has seen them slide all the way down to ninth in the table. NOLA improved to 3-2 on the season with their win over New England and find themselves in fourth place in the table and third in the East. They’ll have their hands full on the road against a good Utah Warriors team in Round 6 while New England will try to stop the bleeding as they host the Houston SaberCats in their first-ever home match.

With their 24-20 victory over the Houston SaberCats on Saturday evening, the Austin Gilgronis picked up their first win since June 1, 2018, when they defeated the Utah Warriors as the Austin Elite. Their timely signing of Will Magie paid dividends on Saturday as he stepped in for an injured Kurt Morath and helped secure the victory with two big kicks. The AGs will attempt to win back-to-back games for the second time in their history when they host the first place San Diego Legion on Sunday evening. Houston picked up a big victory over the Colorado Raptors in Round 1, but have slid down to last place in the table with four-straight losses. They’ll look to right the ship on the road against a struggling Free Jacks team in Round 6.

The Utah Warriors left the Seattle Seawolves stunned in what turned out to be the longest match in Major League Rugby history on Saturday evening. Despite leading the Warriors 31-28 in what looked to be the 79th minute on the broadcast, it was decided by the referee, who keeps the true time on his wrist, that the game was not yet over. As a result, Utah played mistake-free rugby for the next 10 minutes and while Seattle’s defensive stood tall, the Warriors eventually found a crack and Michael Baska punched in the winning try. Seattle finds itself at 1-4 through the first five weeks of the season but has stayed in the mix with eight table points by picking up bonus points in the losses. They’ll travel across the country to take on Rugby United New York in Round 6 while the Warriors will finally get to play a match at home against the NOLA Gold.

Rugby ATL gave Old Glory D.C. a fight, but the OGs held on for their fourth-straight win on Sunday evening. The battle between these two expansion teams was a good one, and the OGs have established themselves as a real threat to the competition early on. They’ll take they’ll be back at home for the second week in a row to take on a Colorado Raptors team that is finding a groove. A win for either side would be huge as the midpoint of the season creeps up. The loss to D.C. puts Rugby ATL at 2-3 with 12 table points. They sit at sixth in the table and fifth in the East heading into their bye week in Round 6.

For a few minutes on Sunday afternoon, it looked as if the league-leading San Diego Legion were finally going to go down. The Legion, who improved to 5-0 with their victory over Rugby United New York in a rematch of last year’s semifinal, found a way to grind it out and keep their undefeated record intact. After defeating the Legion in their first-ever MLR match, RUNY hasn’t had much luck against last year’s table point leaders. Fortunately for them, the next time they’d run into the Legion would be the MLR final. San Diego will attempt to extend their win streak to six games when they travel to Texas to take on the Austin Gilgronis while RUNY will host the Seattle Seawolves in their first home match of the season.