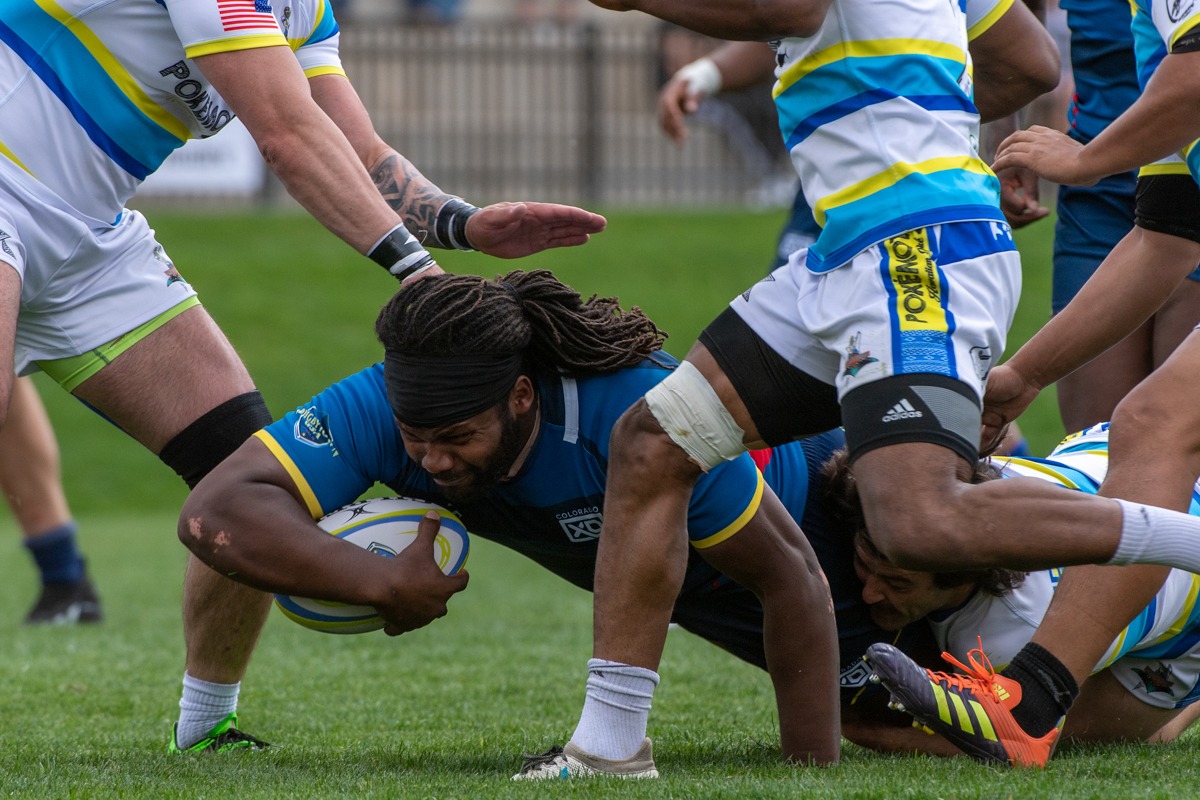 Clark and Robinson are the third members of the Colorado XOs to make the leap to the Giltinis after LA signed prop Ma’ake Muti back in April.

Unlike Muti, Clark and Robinson had no rugby experience before linking up with the XOs in January.

“We at the Colorado XOs and the City of Glendale are extremely proud of both Shawn and Gelen,” Colorado XO director of recruitment Peter Pasque said in the Giltinis’ release. “They’ve done everything we’ve asked of them and more. We also would like to thank the LA Giltinis for taking an early interest in our program.”

Clark comes to rugby after a solid career as a tight end at Monmouth University. His college career earned him an invitation to the Indianapolis Colts rookie minicamp in 2020. After his NFL plans didn’t work out, Clark competed in The Spring League’s November showcase down in Texas where Pasque found him.

Robinson got his first taste of rugby back at the RugbyTown Crossover Academy’s November camp which served as a weeklong tryout for a Colorado XO contract. Before rugby, Robinson wrestled, played defensive end, and threw shot put at Purdue. He had a few short stints in NFL camps, and most recently played for the San Diego Legion of the Alliance of American Football and the Dallas Renegades of the XFL before the league shut down due to COVID.

Both Clark and Robinson picked up the sport quickly. Robinson’s work ethic, leadership, and on-field abilities earned him the title of vice-captain of the XOs before the spring exhibition season began. Clark’s impact on the XOs was apparent in the club’s first-ever match – a 26-10 victory over New Orleans Rugby Football Club – when he punched in the second try of the match.

The second try was scored by @CL8AR6K who received a skip pass from outside center Campbell Johnstone!#RTNTC | #Mission23

Robinson appeared in all 10 matches that the XOs played in 2021 while Clark appeared in nine after an injury forced him to miss one match early on in the season. Both players finished with three tries apiece.

Let's take a look at the two tries the XOs scored last weekend in their match against Mystic River!

1. @Gelen_Andre scooped up a ball that was tipped back on the kickoff by Vic Evans and rumbled in for the try!

“I dove headfirst into rugby only six months ago,” Robinson said via the release. “It was a risk for me, but I’ve become obsessed with the game. I’ve picked up plenty but there are a million little things still to learn so it’s very exciting to sign with the best team in the country.

I have watched this clip of @Gelen_Andre on a continuous loop since it was posted. pic.twitter.com/Qvdbca9Z8q

“Life has thrown me rugby out of last year’s difficult year with the public health situation and I’m enjoying every part of the process,” Clark said via the release. “Learning as much as I can from guys at the Giltinis who have played on national teams will be great. I’m already learning different set-ups in the lineout and adding to my feel for the flow of the game which is the hardest part.”