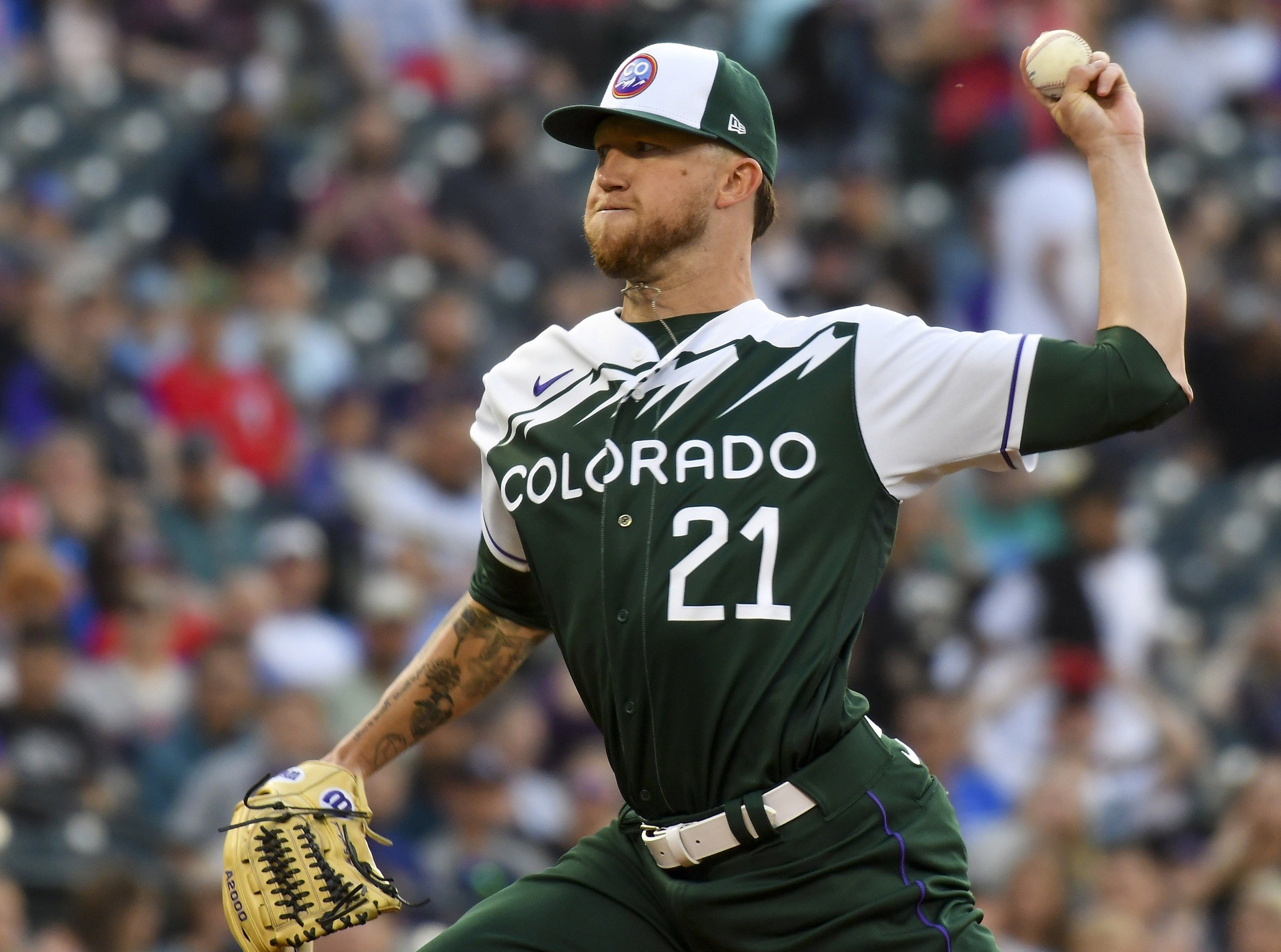 Kyle Freeland is hopeful for the return of the Stanley Cup: “Avs in 6”

Despite traveling around the country with his own late-night gig as a professional athlete, Kyle Freeland plans to be rather active when it comes to Stanley Cup Final.

“I’m still kind of debating on maybe taking a quick trip to Tampa for Game 3 on our off day when we’re in Miami,” the Colorado Rockies Opening Day starter said. “We’ll see if we can do it.”

The hometown hero who was able to take in Game 1 of the Western Conference Finals when the Rockies-Marlins game was rained out at Coors Field has ambitions even more far ranging that just witnessing one game in person.

“Hopefully, (the parade) lines up to where we’re here and we can go out and celebrate them,” Freeland shared optimistically. “It’d be really cool to be able to be a part of that.”

.@KFREE_21 is repping the Burgundy & Blue tonight (and every night 😉)!

Wednesday’s start of the Stanley Cup Final between the Tampa Bay Lightning and Colorado Avalanche at Ball Arena marks the first major championship played on-site in Denver since the Rockies reached the 2007 World Series.

“Obviously, Tampa Bay’s a really good team, but I think it’s going to be great to see the Avs back,” reliever and fellow Mile High native Ty Blach offered. “I know there’s going to be a lot of energy in this city. There has been in the last few years with those guys and it’s just really fun to have them back.”

For both Freeland and Blach, their memories of the Quebec Nordiques moving to Denver in 1995 and quickly winning the city’s first championship is limited. The second Stanley Cup in 2001 was a bit harder to forget.

The stars from those teams that won two Cups within five years are still fresh on their lips.

“Right now, he’s a fan favorite,” Freeland said of 2020 Calder Memorial Trophy winner Cale Makar, “But I remember becoming a big fan of his when they first drafted him in 2017.”

For a player like Blach with a memory like a steel trap – he can recall watching the expansion Rockies at Mile High Stadium around ages 2-3 – the days before Avalanche were birthed were seminal for building his love of ice hockey.

“I can remember going to Denver Grizzlies games at McNichols Arena. And then the Avs came and went to several Avs games,” Blach recalled. “Ball Arena is a great place to play and a great place to watch games now.”

Getting through the front door with a ticket will start around $700, while just about any block in Denver has an atmosphere ready to erupt with every goal.

Fans have been incredibly supportive, even at Coors Field. Players have noticed a lot more Avs jerseys at the ballpark as the playoffs rolled along.

“That’s really cool,” Freeland said of the love. “Buildings being lit up with Avs colors, Larimer Square with all the Avalanche stuff going on, just the talks of the Avs in general. You go out to dinner and you hear people talking about the Avalanche. It’s really cool that you see the entire city and state kind of invested in it.”

The most important question levied for the pair of left-handers deal with their prediction.

Avs in five games for Blach, finishing it off at home.

Avs winning on the road in six games for Freeland, right as the Rockies return to Coors Field.

Either way, it’s historical win for Colorado and the city of Denver.