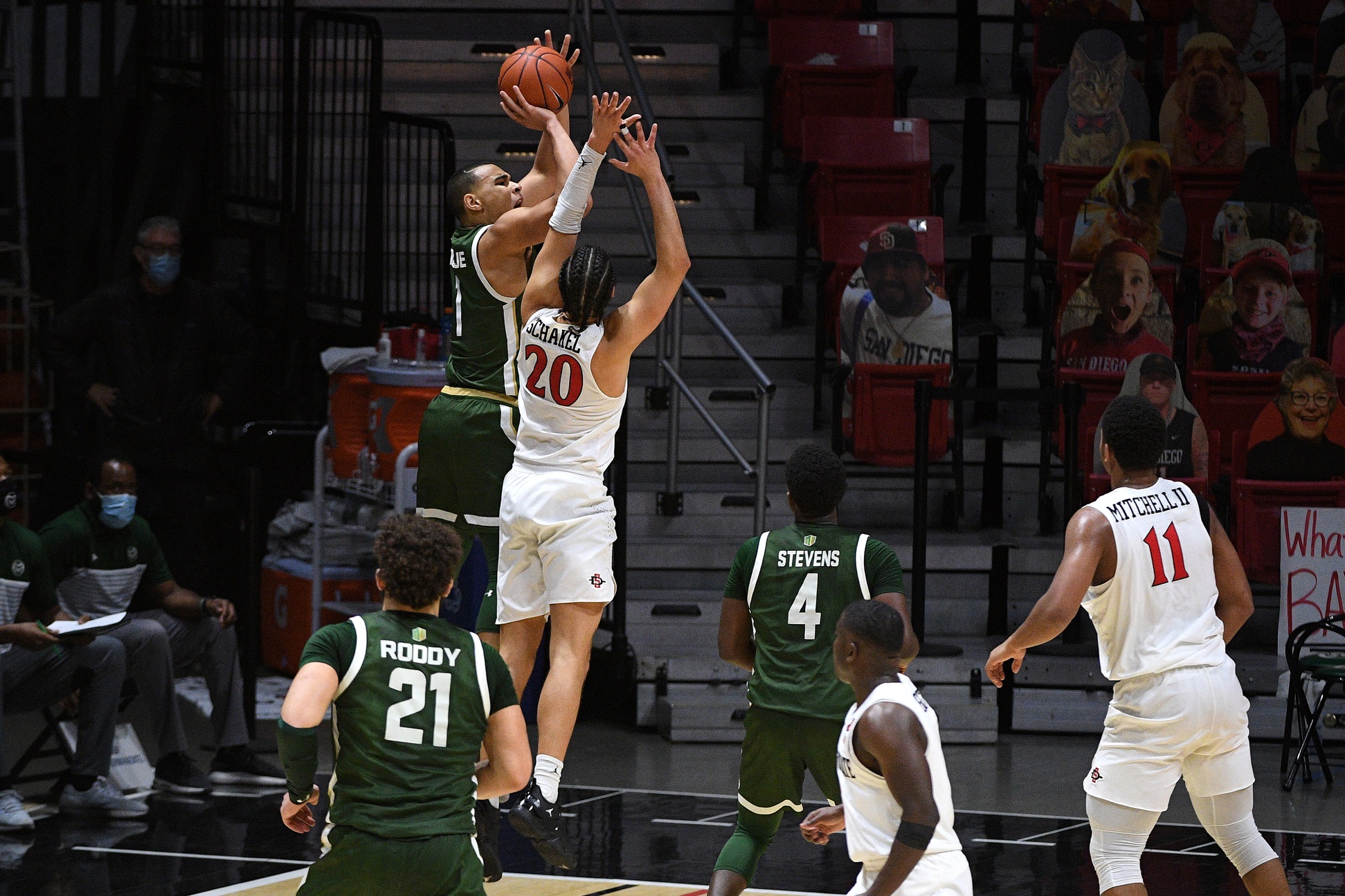 FORT COLLINS, CO. — John Tonje felt guilty about missing practice on Friday. The sophomore guard was attending his father’s wedding in Denver — something that had long been planned and confirmed with the team. But after a schedule change resulted in the San Diego State series being moved from December to January, Tonje was left with a predicament.

On one hand, Tonje wanted to prepare for the matchup with his teammates. It’s not every day that your team faces the league frontrunner after all. “He just felt terrible,” head coach Niko Medved explained postgame.

With the ability to attend the important family event and still make the game, though, Medved made it clear he wanted Tonje to know he had the support of everyone. So on Thursday night, Medved called the young guard from Omaha, NE. to reassure him. “I said you know what John, you’re going to be fine,” Medved said. “Enjoy the heck out of this Wedding. It’s important that you’re there… You’re going to come here tomorrow and be ready to play.”

After arriving in California at roughly 11:00 p.m. Friday night, Tonje came off the bench and played 20 crucial minutes for the Rams on Saturday afternoon. He had 11 points on 50 percent shooting from the floor. But his biggest moment came with just 12 seconds to play.

Once down 26 in the game, Colorado State had come all the way back against San Diego State and trailed by just a single possession (67-64). After getting an equally important stop on the defensive end, David Roddy worked the ball from the top of the key to Isaiah Stevens, who then took two hard steps towards the hoop to draw the attention of the defense. As soon as the defenders reacted towards Stevens, he dished the rock to Tonje in the corner, and the key sixth man not only drilled the game-tying shot but also drew a foul in the process.

Just a few days earlier, Tonje was feeling down about potentially letting down his teammates for missing practice — not a game — but practice. Now, he had a chance to give the Green & Gold the lead after an unfathomable comeback effort.

With all the pressure in the world and a national audience tuned in on CBS, Tonje stepped up to the charity stripe and delivered for his team. The versatile guard completed the rare 4-point play and the rest was history. Literally. The 70-67 comeback win over the mighty Aztecs was the largest comeback in the history of the Mountain West.

“That’s what this is all about,” Medved said. “For him to do that. And to come in and help us win… I know he feels like a million dollars because that was really hard on him.”

During his postgame press conference, Tonje mentioned none of the personal struggle that he went through this week. The soft-spoken guard was excited but humble, and really deflected much of the praise to his teammates. Though he did admit he was feeling pretty good after such a crazy win.

“It felt great to get that shot up and help my teammate Isaiah, who is known as the ‘Cardiac Kid’, the big shot-maker for us last year. For him to pass that up for me, and believe in my shot, that was big-time. It felt great,” Tonje said after the win.

While Tonje was the star of the highlight package, CSU had five different players finish the win with 10 or more points. Adam Thistlewood hit four massive 3’s and tied for the team-lead in scoring (15 points). David Roddy had his third double-double in as many league games with 15 points and 12 rebounds. Kendle Moore came up big with 13 points, 5 rebounds and 3 assists. And even in a relatively quiet scoring game, Stevens still scored 11 points, dished out 9 assists, and led all Rams guards with 5 rebounds.

It would have been so easy for this young Rams squad to fold after the first 10 minutes. Going down 26 to a perennial NCAA Tournament team on the road is usually a death sentence.

Honestly, even making it a game would have been a ‘moral victory’ and something CSU could have built off of. Coming back and stealing the game, though, shows that this is a team that needs to be taken seriously. Not at the end of the year, not next Spring, but right now.

Ultimately there will be more bumps along the way for this group. Even in the short season, we’ve already witnessed some really crazy things happen between the trips to Saint Mary’s and SDSU. The truth is college basketball is just a weird sport.

But with what we’ve seen from this Rams team through seven games now, it’s clear that Medved’s vision is starting to come to fruition. This team is athletic, unselfish, and they’re tough as hell. For a group that has the talent and mindset to compete with the cream of the crop in the Mountain West, anything is possible. After today’s win, anything is possible.