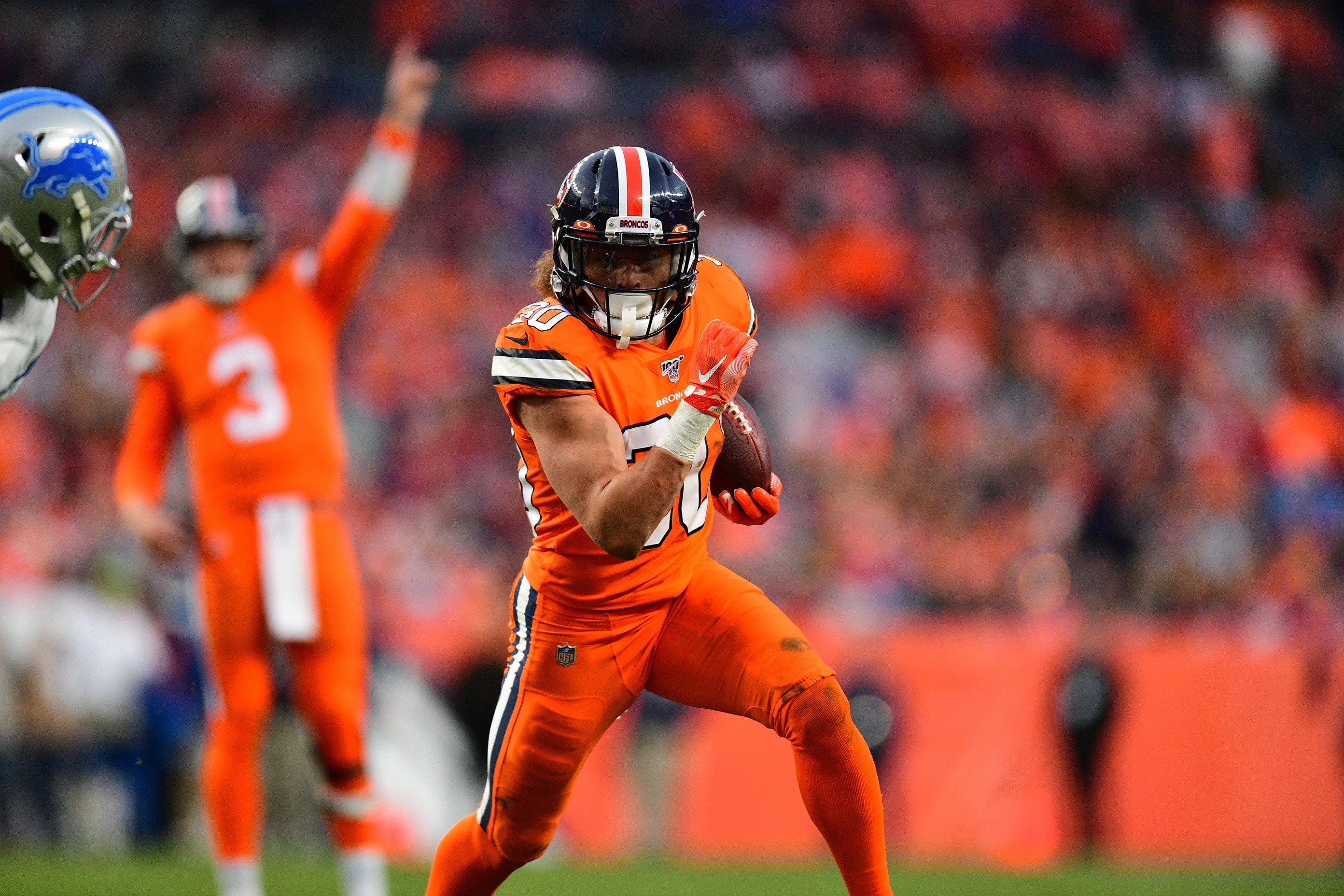 DENVER — It took until the end of the first week of free agency for Melvin Gordon to land with the Broncos.

But that doesn’t mean John Elway and Vic Fangio had not been thinking about it for quite some time. In fact, the two-time Pro Bowler had been on both of their minds for a while before free agency began.

“Actually, John and I really talked about it a while back,” Fangio said on Tuesday, opening up on the process of signing Gordon. “We both shared the same view on it, which we were both happy to know that the other guy was thinking the same way.”

“I always thought that Melvin Gordon was a good back,” Fangio said, pointing out how he went back and watched every single one of Gordon’s touches he had against the Broncos in 2018, the year before he became the Broncos’ head coach.

The move wasn’t just headline-grabbing, it was unquestionably the most controversial and discussed acquisition of Denver’s offseason.

Not only did the Broncos make the former Charger the sixth-highest-paid back in the NFL on a per-year average, but it also gave fan-favorite Phillip Lindsay serious competition for the starting running back spot.

Yet, despite it being the main talking point from the Broncos’ star-studded free-agency period, that wasn’t even a topic of conversation between the head coach and Lindsay when the two talked privately on Monday.

“We really didn’t talk about that part of it,” Fangio said on a conference call with the media on Tuesday.

However, just because the new back in town is making over 10 times more than the Colorado native doesn’t mean Lindsay will just hand over the job to his new teammate.

“Phillip is a competitor. He’s just not going to give away his job or his carries,” Fangio said, properly describing the third-year back’s mentality. “It’s pretty commonplace in the NFL right now to have two backs share the running back duties. There’s a lot of work there to be had between the both of them. We’ll see how it unfolds.”

In the past two seasons since Lindsay entered the league as an undrafted rookie, the South High School graduate has actually out-rushed the former first-round pick out of Wisconsin by a sizable amount. But while Lindsay has 551 more rushing yards in that time, Gordon has 349 more receiving yards and 22 more receptions out of the backfield in seven fewer games than Lindsay.

“We thought it was important to have two really good backs,” Elway said, explaining why he spent a sizable amount of money on a second back. “With the opportunity of landing Melvin, we thought it was a good combination with Phillip. Obviously, there are always concerns and there are always issues when you bring [in] somebody, especially with the two years Phillip’s had.”

One of those issues Elway eluded to could be Lindsay’s contract. Despite being the first undrafted running back in the history of the NFL to rush for over 1,000 yards in his first two seasons in the league, he’s set to make only — in NFL terms, of course — $750,000 in 2020. That’s a bargain for a player of that caliber.

Elway has talked to Lindsay’s agent about working out a new deal but made it clear that wasn’t at the top of his priority list.