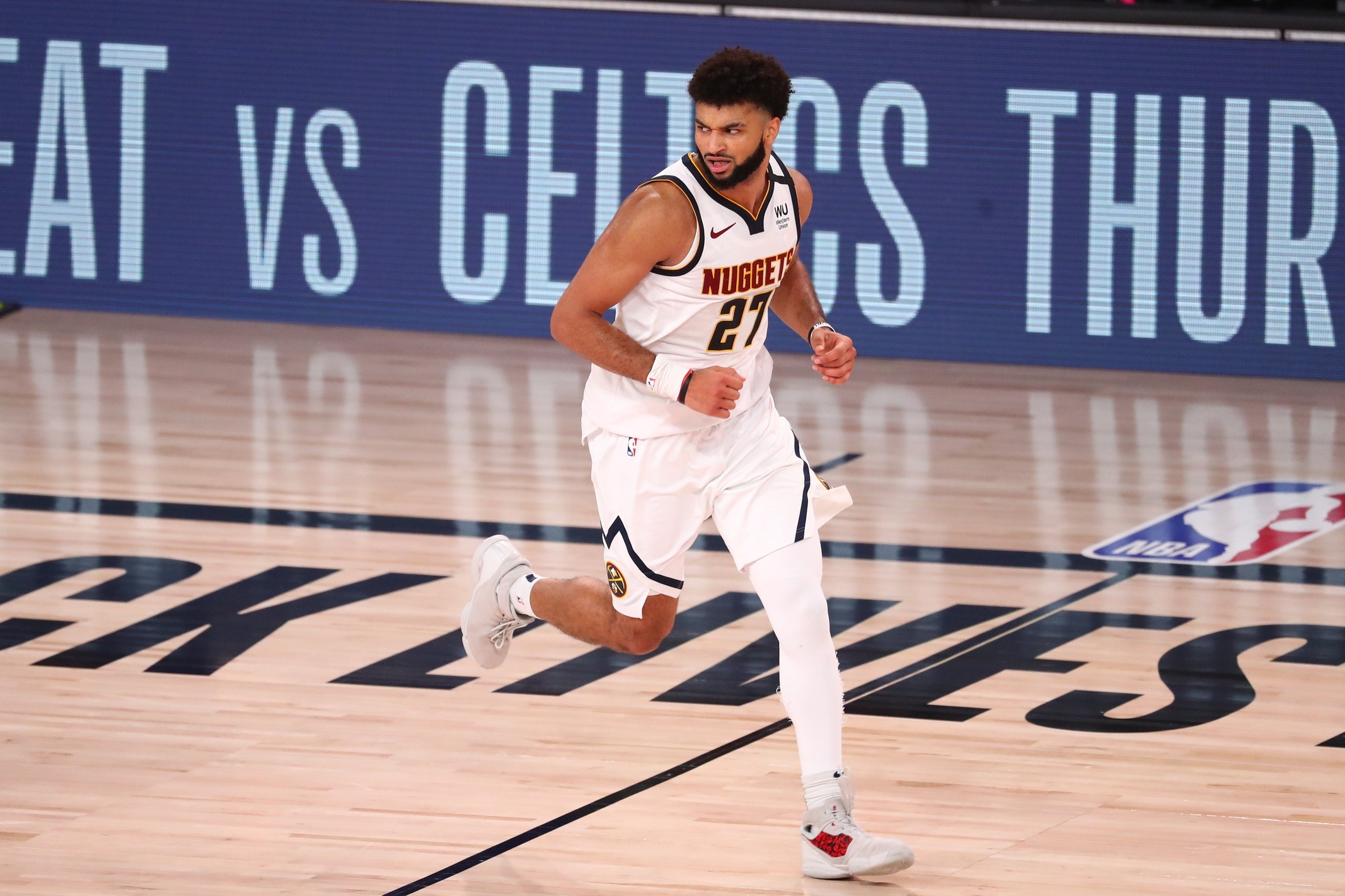 Jamal Murray should be tired by now.

The Nuggets have played a playoff game every other day for the last six weeks outside of a three-day reset at the end of the first-round, and out of anyone in the league Murray has the least tread left on his tires. He should be slowing down.

The Nuggets have played more playoff games than anyone else this postseason after going the distance against the Jazz in the first round and taking the Clippers to seven games in the second round. Naturally, Murray leads the playoffs in total minutes and it’s not particularly close. Murray has played 225 more playoff minutes than LeBron James during this current playoff run.

Murray played 45 minutes in Game 4 of the Western Conference Finals which tied his 2020 postseason high. In Game 3, Murray played 44 minutes, just like he did in Game 2. He logged at least 40 minutes in five out of seven games against both the Clippers and Jazz in previous rounds.

Michael Malone might not have another choice. The Nuggets are a +19 with Murray on the floor in the playoffs. That’s Denver’s second-highest postseason +/- behind Michael Porter Jr. (+53).

“I’m running the poor kid into the ground,” Malone said after Thursday’s Game 4. “But when we take him out things seem to go sideways in a hurry.”

According to Second Spectrum tracking data, Murray has run an NBA-leading 53.5 miles in the playoffs. That works out to 2.97 miles per game, which also leads the playoffs. With the NBA’s every other day schedule, Murray is running just under a 10K every three days. Since the playoffs began inside the NBA bubble on Aug. 17, Murray has run the equivalent of two marathons.

Because the Lakers were able to dispose of the Blazers and Rockets in five games each, they haven’t racked up nearly as many minutes in the playoffs as the Nuggets. While Murray has run 53.5 miles in the postseason, James has only run 31.2. Jokic has 45.8 playoff miles to his name while Davis has run 32.4. 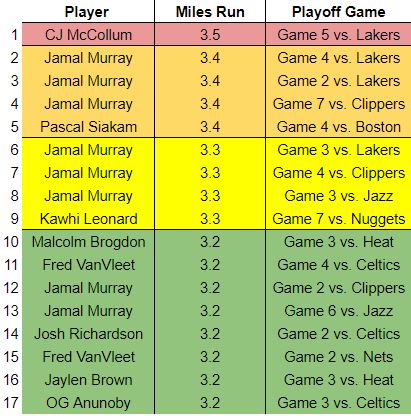 Murray’s managed to play the best basketball of his career during the most demanding stretch of his career. Across 18 playoff games, the 23-year-old is averaging 26.9 points on 51% shooting from the field and 46.6% from three, 4.9 rebounds, and 6.6 assists in 39.4 minutes.

He’s somehow peaking at the end of games too. In the playoffs, Murray is shooting an NBA-best 60.5% (22-38) from three in the fourth quarter. He’s also shooting an absurd 8-11 from three in clutch situations, when the score is within five points with five minutes or less remaining. Murray’s eight threes are the most clutch three-pointers a player has made in the playoffs since Steph Curry made nine clutch threes during the 2016 postseason.

Murray’s coming off a 32-point, eight-assist effort in Game 4 against the Lakers where he carried the scoring load for Denver on a night when Nikola Jokic didn’t have his usual juice. Murray still had enough energy late in Game 4 to string together strong defensive possessions like this late fourth-quarter sequence when Murray battled James in the post before blocking Rajon Rondo’s attempt at the end of the shot clock.

Malone has continually said that the defense Murray has played in the playoffs is the best stretch of defense he’s seen from Denver’s point guard throughout his four-year career.

“Jamal is one of the best-conditioned athletes I’ve ever been around,” Malone said.

All the hill runs look like they’ve paid off. Growing up in Kitchener, Ontario, Murray ran hills as punishment for missing free throws. He would occasionally run laps in the mornings before school started. While his peers played video games, Murray ran around his block throughout the harsh Canadian winters.

If anyone can withstand this taxing of a playoff run it’s him.