Only one Nuggets player appeared in Denver’s two most improbable wins of the Nikola Jokic era. Vlatko Cancar played 17 minutes off the bench in the memorable “The 7” win in Utah on February 5, 2020, when the Nuggets won despite only having seven players available. He logged 11 minutes earlier this week in the Nuggets’ 98-97 win in Dallas when Denver won without Nikola Jokic, Jamal Murray and Aaron Gordon.

Last night in Oklahoma City, in another improbable Nuggets win, Cancar was at it again. He played the best game of his career against the Thunder. Nineteen points and five rebounds. He was a +6 in 35 minutes. He got up a career-high 18 shots. He was incredible guarding Nuggets killer Shai Gilgeous-Alexander, who shot just 8-20, especially throughout a tightly-contested fourth quarter.

It proved this point: Cancar, the Nuggets’ 15th man for the last four seasons, can play. More importantly, he can play winning basketball. He can give the Nuggets minutes when they need him. That’s been the case for as long as Cancar has worn a Nuggets jersey.

It also proved this larger point: The Nuggets need to experiment with players like Cancar throughout the season. Even when Denver’s fully healthy, give Cancar a 5-game trial run in the rotation, rest Jeff Green, and see how it goes. Do the same with other players who are buried on the bench, like Zeke Nnaji who should spell DeAndre Jordan way more often than he has to open the season. Let Christian Braun explore his offensive game for a week. Give Peyton Watson, who’s out of the lineup with an illness right now, consistent minutes for a few games in a row. Try out Jack White in the rotation for a stretch.

Michael Malone has been very vocal this season about the Nuggets’ lack of rim protection. Cancar had three blocks against the Thunder. White had two.

The regular season is long and trying. Denver has goals that go well beyond finishing first in the Western Conference. The regular season is for building championship habits too, but it’s also for finding out about your roster, who you can trust, and who you can’t. It’s OK to give Green and Jordan time off. They’ll be ready when it matters. Denver needs to explore this deep and talented bench that Calvin Booth has helped assemble. This last week has been proof of that.

Even with all these injuries and illnesses, both COVID and non-COVID, the Nuggets are second in the West. Denver has one fewer loss than Phoenix.

You should feel pretty good about where the Nuggets currently sit. Denver is 11-7. Offensively, the Nuggets have flashed their sky-high ceiling. They’re the seventh-best offense and Denver hasn’t come close to operating at peak performance yet. The Nuggets have also led the NBA in 3-point shooting for most of this season. That’s even with their best shooter, Michael Porter Jr., mirred in a 4-21 shooting slump, the worst slump of his career.

Defensively is where work needs to be done. Denver is the fourth-worst defense in the league. The only teams that rank lower — the Spurs, Rockets and Pistons — will be tanking pretty soon for the No. 1 draft pick. Opponents are shooting a league-high 71.1% in the restricted area vs. Denver. No one in the league is worse at protecting the rim. Last season, opponents shot 68.9% in the restricted area against the Nuggets, which also led the league. The Nuggets won’t win an NBA championship and probably won’t get to the Conference Finals playing defense like this.

The Nuggets are almost through the toughest part of their schedule. Nine of Denver’s last 12 games have been on the road, and the Nuggets managed to go 7-5 during this stretch. After Friday’s game in Los Angeles vs. the Clippers, the Nuggets will play nine of their next 13 games at Ball Arena.

It will be a great opportunity to see what this entire roster is made of. 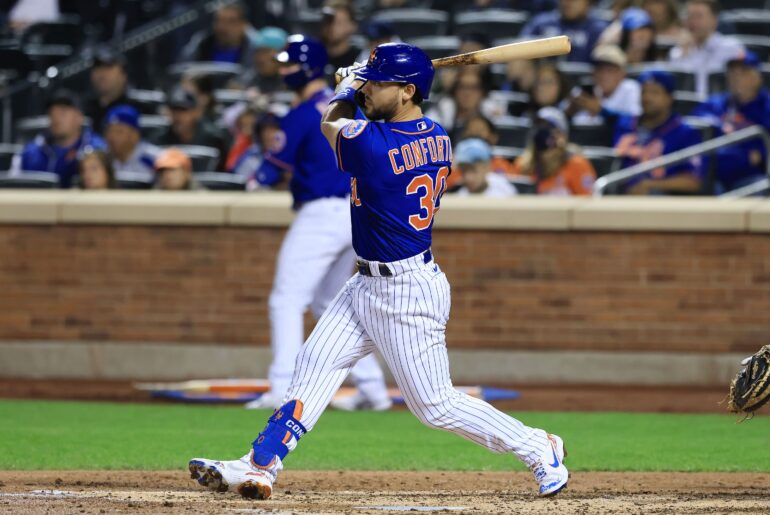