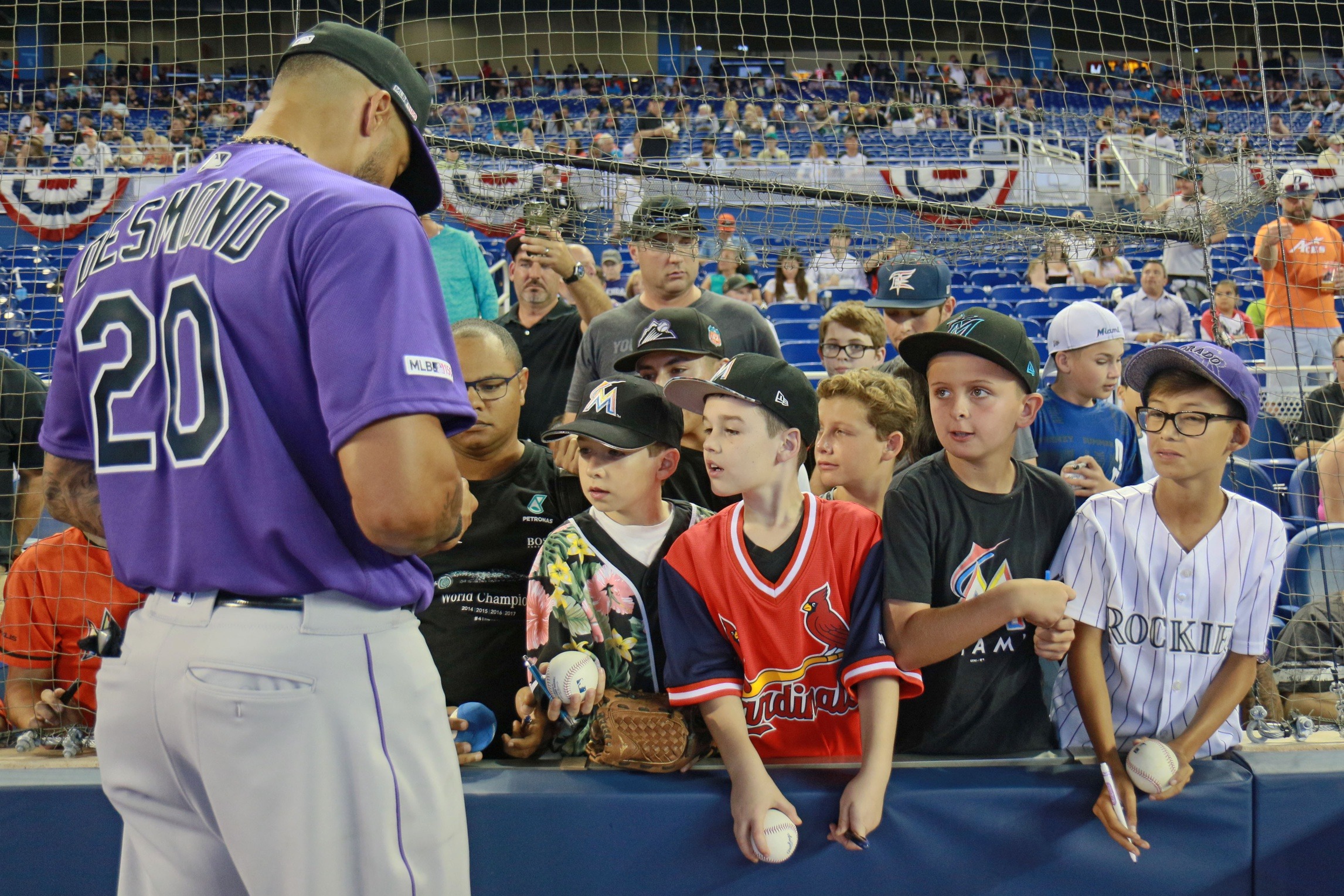 “The image of officer Derek Chauvin’s knee on the neck of George Floyd, the gruesome murder of a black man in the streets at the hands of a police officer, broke my coping mechanism. Suppressing my emotions became impossible.”

On Monday night, Colorado Rockies outfielder Ian Desmond announced that he will be stepping away from the game he loves in 2020 to spend time with his family during these trying and turbulent times.

His statements, which can be read in their entirety on his Instagram page, were about so much more than baseball or even personal health.

The 11-year veteran of MLB didn’t just share words, he shared a bit of his life story and asked that the collective baseball world take a moment to consider deeply the consequences of the society we are living in.

Opening the announcement with comments on the current civil rights movement sweeping across the country, he shared what it was like to be second-guessed and talked down to by the police despite his current “elite” status as a professional athlete. He discussed still-open wounds from racial slurs flung at him, a biracial man, throughout his life and baseball career.

And now many of those wounds have been ripped open even further as we are all left in the aftermath of the reality that things have not gotten better in the time between Desmond’s days on the Little League fields of Sarasota to his days as an All-Star in MLB.

He remembers his coach from those early days, John Howard, and how important his guidance and leadership were not just for Desmond’s career but for his life.

But even these fond memories of the formative times that helped grow Desmond into a high-character individual can be washed away quickly in the bitterness of all he had to overcome in order to reach that goal.

Desmond recalled his own teammates chanting “white power” before games somehow disgustingly tied into a tradition for reciting the Lord’s Prayer. Like in much of society, this white privilege continued because there were only two black kids around and they were too scared to say or do anything about it.

What if one of the white players had spoken up about the incredible racial insensitivity for his powerless teammate? What if it wasn’t solely the victims of racism that had to stand up against it? Let’s come back to that.

The memory of being half the black population on his youth team leads Desmond to remember his friend Antwuan.

Antwuan grew up in abject horror, seeing a dead body on his front porch at 12-years-old, then was expected to be a normal participant in society while trying to find his footing in a place where he might end up with teammates chanting “white power.”

He was barely able to participate at all thanks to the constraints put on the black community from birth. Desmond couldn’t help but reflect on his own current station and the dramatically different way you are treated if you have money.

You know, before someone could make money off of him.

As if it wasn’t any more clear Antwuan’s life did not matter to society, “He died when he was 18, shot 31 times in D.C. A 16-year-old kid was just arrested for his murder.”

It is important that we all take personal stock of what we can do to right these injustices and it was in reading Desmond’s story that I was taken back to my own time in youth sports.

Growing up in Grand Junction, Colorado, I had very little exposure to the black community. There was one black young man and one black young woman in my graduating class. From kindergarten through the University of Colorado at Boulder, I never had a single black teacher or professor.

I played sports. I was always a part of a team and that brings all kinds of complicated dynamics.

But I can vividly remember sitting in a football locker room and listening to a room full of teenage white boys make disgusting racial joke after disgusting racial joke. All the worst words were used, and they tended to be violent in nature. There was no dismissing them as “just jokes.” This wasn’t super uncommon, just worse than normal and it sticks out in my mind because I remember thinking, “I should say something.”

I didn’t. I didn’t say anything because I was safe in my privilege that nothing bad would happen to me if this racism continued unimpeded. Not to me.

Who is to say what, if anything, a simple statement would have accomplished. “That’s not cool, man,” was all it could have taken. Antwuan, Elijah McClain, George Floyd, Sandra Bland, Eric Gardner, Tamir Rice, Breonna Taylor, and countless others demand better from me in that moment. They demand better from us all.

Some of my teammates who I didn’t speak up against are cops now, I heard. Could the smallest of gestures have helped save a life somewhere years or decades down the line? Is avoiding the uncomfortability of a single passing moment worth that risk?

And we can’t hide from all of this behind the “escapism” of sports anymore. It’s only an escape if you hold the same privileges that I did in that locker room all those years ago. 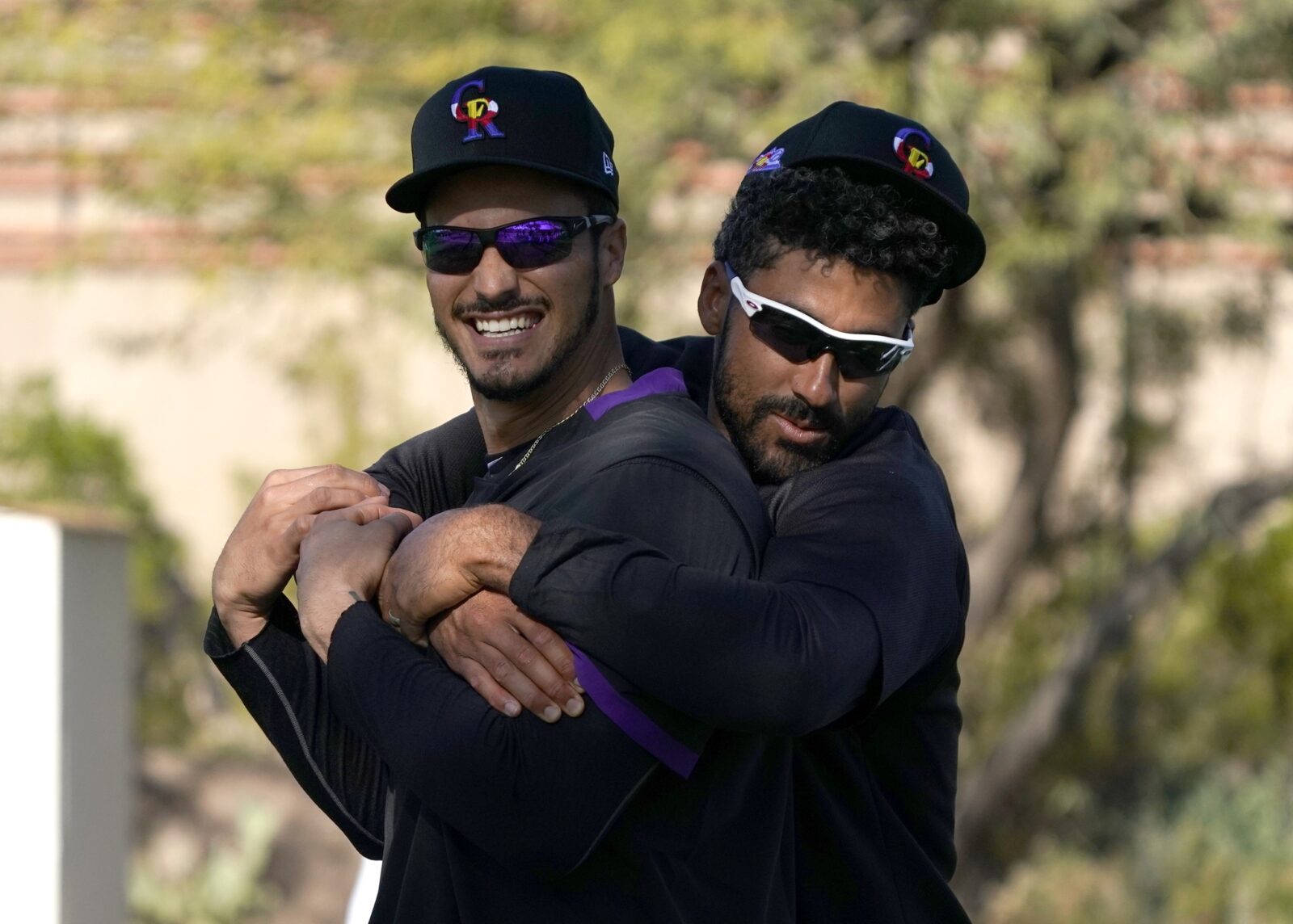 He goes on to note that this is not on accident, but rather the direct result of “a lack of focus on making baseball accessible and possible for all kids, not just those privileged enough to afford it.”

The Ian Desmond of today is the result of a mountain of hard work and a little bit of luck. It’s hard, he says, as a man who has had a difficult time knowing which box to check for “race” on applications to not feel ironically boxed in. And he’s not alone.

“It’s no coincidence,” he wrote, “that my best years came when I played under Davey Johnson, whose No. 1 line to me was: ‘Desi just go out there and express yourself.’ If, in other years, I’d just allowed myself to be who I was – to play free and the way I was born to play, would I have been better?”

This is sadly a question that almost every black person in this country can ask themselves:  “If we didn’t force black Americans into white America’s box, think of how much we could thrive.”

Desmond concludes by saying that the covid pandemic has made participating in this baseball season “a risk I am not comfortable taking.”

If the last few months have taught us all anything, it is that we as a society have to exponentially amplify our empathy and care…and action… for those around us. Desmond has found the most important place to spend his time doing just that.

“Home is where I need to be right now. Home for my wife, Chelsey. Home to help. Home to guide. Home to answer my older three boys’ questions about Coronavirus and Civil Rights and life. Home to be their dad.”