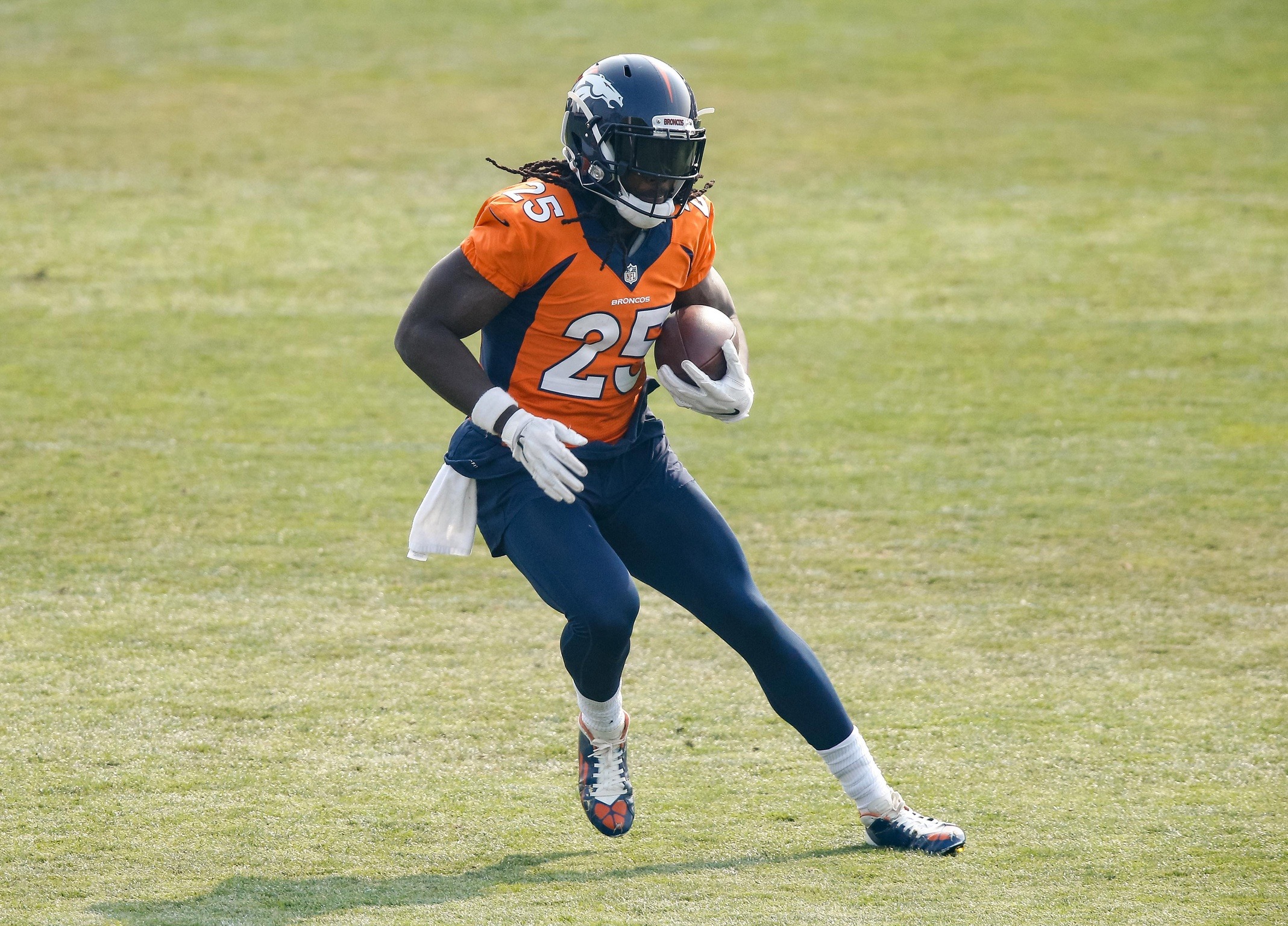 ENGLEWOOD, Colo. — Melvin Gordon will not have to run for 1,000 yards or score 10 touchdowns to help the Broncos. As it turns out, just by being himself — a six-year veteran player from Kenosha, Wis. who continues to give back to his community — he will have a profound impact.

Kenosha is where Jacob Blake was shot seven times in the back Sunday as he reached into his car in an incident that was caught on camera and led to another round of protests of police brutality. Those protests impacted professional sports, leading to two days of postponed playoff games in the NHL and NBA and nine NFL teams canceling practice Thursday.

For several hours Thursday, the Broncos convened for multiple team meetings. A slew of players spoke. But perhaps none had more resonance than Gordon.

“When Melvin got up, everyone in the room knew that this was a serious topic and we were going to have a serious conversation,” said safety Justin Simmons, who helped lead the team’s march through downtown Denver as part of a Black Lives Matter rally June 6.

“It just hit so much closer to home than I think people expected.”

That’s because for Gordon, it did hit home.

On the three nights after the shooting of Blake, protests devolved into riots in Kenosha. The unrest culminated in the shooting deaths of two people on Tuesday night. A day later, Illinois teenager Kyle Rittenhouse was arrested in connection with the deaths.

“When he was out there, some of my family members were out there. That worried me because that could have been them,” Gordon said. “I spoke to them and speak to them every day just worried and they say they’re safe. Still, it’s just scary to know that you can go outside and not feel safe anymore in a community that I thought was one of the safest.”

Kenosha is not a small town, but with a population of 99,218 at the last census, it’s not massive, either. It’s a place where one person can make a difference.

Gordon has tried to do that. He has long been active in community efforts there, with his efforts culminating in hosting a charity dodgeball game with fellow Kenosha native and Bradford High School teammate Trae Waynes.

But Gordin aches to do more.

“Obviously, I’ve been doing things in the community, but clearly, it’s not enough,” he said. “You just have to find other ways to reach out to people and to get change.

“I’ve got a lot of great people around me that do a lot of stuff in their community that brings change. I think it’s time to start networking, branching out and seeking advice from others that I can bring to my community to make it better.”

And it can start in the Broncos’ facility, where Gordon made the events in Kenosha personal for his new teammates.

“He said maybe two words and was choked up and emotional,” Simmons said. “The atmosphere of the room just changed. I haven’t known him long at all, however long we’ve been here now for camp. And to see that, it was emotional.

“Things have to change because we were maybe a couple people away from it being directly impacted into Melvin’s family. It’s like, at that point, then would we make a change as an organization? Then would we really start trying to impact change in the NFL, kind of like what the NBA is doing if it directly affected someone in your league?