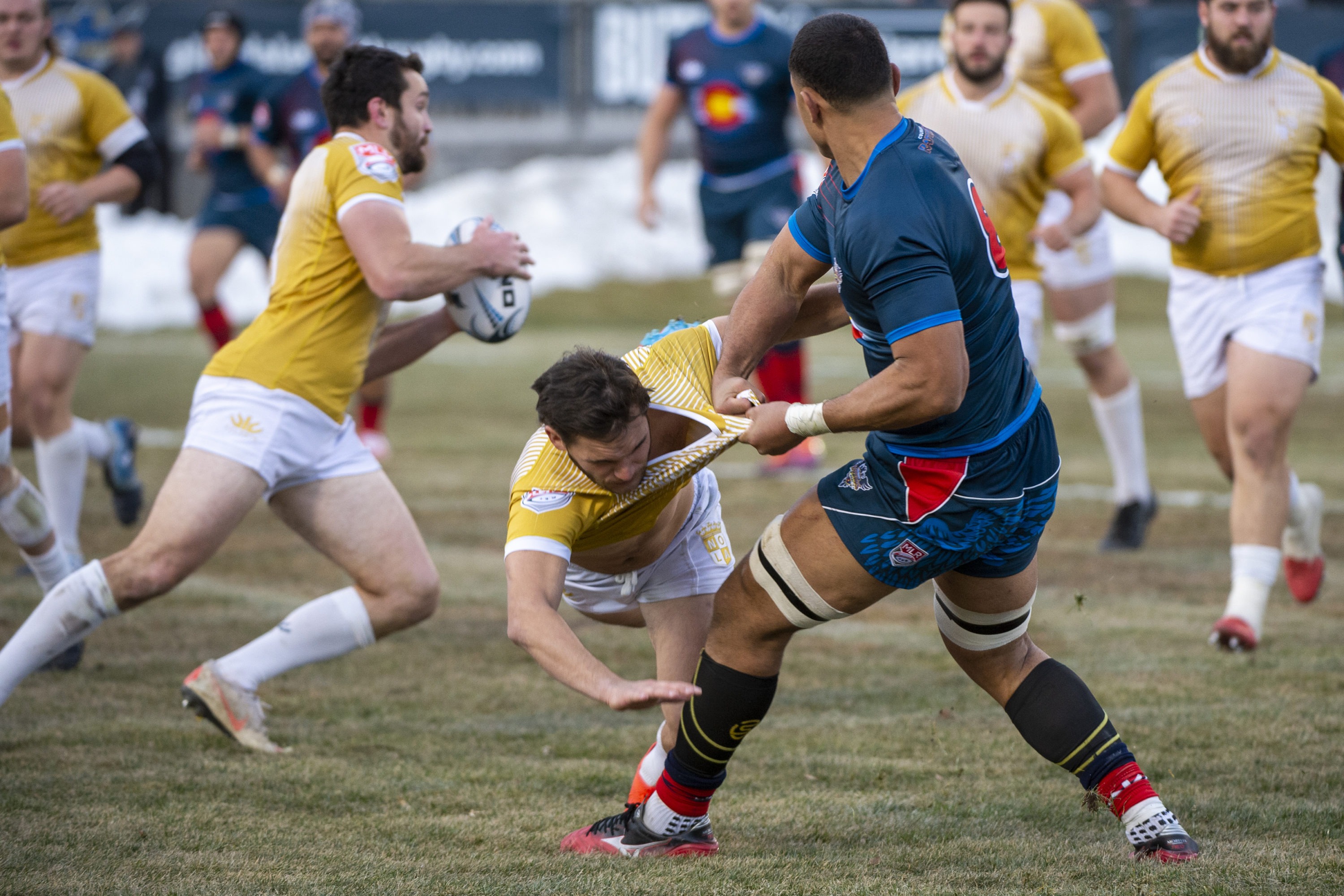 The Colorado Raptors are getting closer, but they aren’t quite there yet.

Saturday night’s 27-20 loss to the NOLA Gold was proof of that. It was the Raptors’ best match of the season, and they fell just short.

Propelled by a hot start and herculean effort from fullback Carl Heinrich Meyer, the Gold (2-1, 1-1) took advantage of a few more opportunities than the Raptors (0-3, 0-2) and that was ultimately the difference in Saturday’s match.

Opposing teams haven’t had much trouble scoring on Colorado right out of the gates through the first two matches of the season, and Saturday afternoon wasn’t any different.

Another slow start left the Raptors down 14-0 at the 10-minute mark after the Gold used a try from Eric Howard on a driving maul in the fourth minute and another from wing Julian Dominguez Widmer down the touchline to take an early lead.

After spotting the Gold 14 points, the Raptors settled in and controlled the match for the remainder of the first half. They were rewarded for their efforts in the 16th minute when scrum-half Nick Boyer caught the Gold defense sleeping and picked the ball out of the back of the ruck that formed following a maul and raced in for the Raptors first points of the match.

Tomas Quinlan, who was perfect off the tee on Saturday, nailed the conversion to cut the Gold’s lead in half heading into the 20-minute hydration break.

The Raptors set up camp in Gold territory during the second 20-minute frame, and Quinlan added two more penalty goals to put cut the deficit to send the Raptors into the locker room down 14-13 at halftime.

Meyer scored two tries and hit a penalty goal in the over the first 23 minutes of the second half to put the Raptors down 14 points with just over 15 minutes to play. After working their way down the pitch into Gold territory, NOLA scrum-half Holden Yungert was given a yellow card for deliberately stopping Colorado’s replacement scrum-half Carlo de Nysschen attempt at a quick tap.

Playing with a one-man advantage for the next 10 minutes, the Raptors did their best to take control of the match.

Their first opportunity came after a handful of phases down near the NOLA try line and ended when lock Brendan Daly was stopped short and called for propelling himself over the line.

The Raptors responded to the turnover just a few minutes later when de Nysschen exploited a two-on-one on the weak side of a ruck near the touchline. He picked the ball out of the back, drew the defender and found wing John Ryberg on the outside for their second try of the match.

After Quinlan’s conversion, the Raptors trailed by just seven with 10 minutes to play.

After causing them problems in their first two match of the season, it was Colorado’s scrum that kept them in the match down the stretch. They forced NOLA into scrum penalties that resulted in turnovers multiple times in the final 10 minutes, and they turned that into one more chance to tie the match and escape with two points.

Their best opportunity for the Raptors to finish their comeback and tie the match came in the 77th minute. It began with a lineout inside the Gold’s 22-meter line and consisted of a 16-phase sequence that resulted in what looked to be a Chad London try before the referee decided that Ata Malifa’s pass had traveled forward.

The Gold won the ensuing scrum and kicked the ball out of bounds, slamming the door on a Raptors comeback and escaping with their second victory of the season.

The Raptors find themselves at the bottom of the table with one point in the standings after three weeks while NOLA sits in third place with 10 points.

Colorado will look to get back on track on Saturday, February 29 as they’ll welcome the Utah Warriors to town for an opportunity to gain some ground in a down western conference.